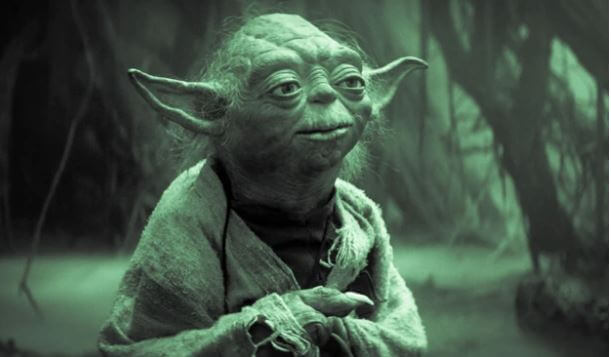 'There is no try, there is only do.'
Friday’s Rugby News.

Now, where was I?

I am back and so is Test match Rugby, so you win twice, how good is that! Today’s let’s preview the Orange ones v The Brave Blossoms (I mean really, ‘Brave Blossoms’ is the best you can do from a nation that gave us the Samurai, The Kamikaze and the Sony Walkman…..really). I’ll cast an eye northwards as we travel to the arse-end of the world, the United (snigger) Kingdom and even have a peak as the Yanks as they take on the side from a country they’ve never heard of, nor invaded (yet).

We round out it all out with this week’s Friday Fast 5 Bonus, found by ICAC to have ‘no clear & obvious case to answer – for now’

Big shout out to Yowie for covering last Fridays News for my ‘Witness X appearance’ absence and after reading his piece, for not trying to be funny or interesting whilst in the big chair.

Losing (to the) Japanese? I really don’t think so!

Although absent from the comments section for a couple of week’s I’ve kept a withered eye on the various machinations of you GAGR’s and verily I say to many on here ‘remove head from anus’. ‘We must respect them’, ‘it’s a banana skin game’, ‘don’t underestimate them’, I call ‘bull-shite’ on all of that.

I expect a degree of measured public respect from those in orange and Moses & Co, but any player, coach or fan who privately goes into a game against the Stern Flowers and doesn’t expect a ‘W’ against their name should have their membership to our great game revoked, be deported and seek some serious counselling.

No doubt the Robust Rhododendron’s are no longer the ‘easy beats’ of world rugby. Making the quarter finals of their own RWC in 2019 is no mean feat, after all, that’s as far as we got and they did perform the ‘Brighton Miracle’ against the Catholics in 2015 as well, quite possibly the best rugby theatre of all time, but beat a battle hardened and ready Wallabies tomorrow in Oita – no chance.

I expect the Stern Sunflowers to play an up-tempo, clever and fast game but that’s also bread & butter for those in Orange. What the Japanese lack though are big bodies capable of tiring our boys through relentless attrition and whilst I concede the game may be close at 55, the final 25 should see the Cadbury Warriors run away comfortable victors

I would actually argue to not put the Japanese side to the sword would be disrespectful. Pick our best side and put them away convincingly by at least a three try margin and 20 points minimum.

For our orange ones to become true contenders for 2023 & beyond they must develop a clinical ruthless streak and there’s no better time to start than tomorrow in Nipponville.

Put em to the sword I say.

Wallabies Side to face Obstinate Orchids.

‘Hossary‘ of nicknames here for translation

Moses and Co have named a strong side for tomorrow’s test and I for one am glad that the selectors have resisted mass changes for the sake of resting / trialling players. The fabled orange jersey must be earnt not given away willy-nilly.

One look at the pack suggests we are going to take them on up front, wear them out and then as fatigue sets in, let the fairies decide by how much. Strong pack, big, mobile and skilled and I expect a lot of ‘route 1’ traffic to test the hosts early. The Lip & Lazarus pulling the strings, with The Squatter returning at 12 (let’s hope he doesn’t overplay his hand as he is want to do on occasion) and gas out wide, I reckon the Ginger Ninja could be in for a 4-fa come full time. Tom ‘Fumbles’ Wright returns to the other wing after The Exocet deservedly chose a rest & quality time with family over sushi. I like Fumbles, but he shat the bed early this test season & I hope he regathers his mojo quickly, because with Daugunu, Vunivalu & Jordan of Nazareth we have some real pace, size & talent who are soon to be ‘breathing down the back of his neck’ and let me tell you, there’s nothing like ‘prison foreplay’ to keep you on your toes, or so KARL tells us in episode #3 of his Netflix doco.

Good to see Rob ‘The Mule’ Leota get another gig as The Pavlova didn’t nail down the spot last outing. Big shout out to ‘The Scotsman’ Connal McInerney on a possible debut, can’t say I knows much about his form or potential as he is not from the Waratahs so I largely have care factor zero. What it does scream is that #2 is wide open for 2023 so watch this space (& Dave Porecki)

In other news the Hiroshima Hydrangeas also announced their side with ‘Japanese’ Jack Cornelsen, ‘Bonsai’ Ben Gunter making the side for the test. It shits me too tears when a large wealthy developed island poaches players from surrounding, lesser islands.

The full Japanese side can be found here courtesy rugby.com.au and not by Nathan Williamson, so you can be sure the facts are correct and it’s a good read.

Oita Stadium, Japan on Saturday 23 October, 3:45pm AEDT (the only time that matters)

Those who lost in life’s lottery and live in the UK, or Western Australia, have announced their squads for the upcoming AI’s v their Southern Rugby Overlords.

I don’t know enough about many of the players of these squads to say too much, other than they will be doing well to win a combined one game against our own Cadbury Warriors, The Nearlies or The Popes Lot. In fact a southern sweep is right on the cards.

If the Yanks reckon they had it tough verse the Taliban in Afshittistan against nomadic, livestock tendering, cave dwelling weirdos, well, they’re about to run into the rugby equivalent, the Kiwi’s and I reckon what the Taliban did to the Seppo’s over 30 years will be a doddle compared to what the Kiwi’s will do to them on a converted gridiron FedExField Washington DC (how many bloody Washington’s can one country have!) this Sunday our time.

Let’s face one simple, irrefutable, inescapable truth. The Eagles suck at Rugby. They are like the distant cousin table at a wedding. Slow, dim witted and there to make up the numbers and make us feel better that we are not them.

Much like the faux sincerity of the claims around those who claim the Nippon XXII will be hard to beat, I read a lot about the ‘growth of the game in the states’ ‘grassroots exposure’, ‘increased awareness’ ‘eyes on the game’ and the prestige of the winner holding the ‘1874 Cup’, blahdy-blah-blah.

What a complete crock of excrement. This will be a bigger massacre than the Alamo and not much more than an opposed training run for those Nearly in All Black.

The Seppo’s could very well miss the qualifying for the big rugby dance 2023 in the land of snooty turds and bad breath, France, just like their Canuck cousins have already done. The land of the free and the home of the brave need to overcome Chile next year to secure the #2 spot of the America’s just to get to the gig.

Their ‘domestic competition’ rosters are filled by Rugby Mercenaries & gypsies more interested in boosting their rugby retirement nest-eggs & shopping at Vegas outlet malls than the growth of the game in the States.

I admit the Yanks were once ‘the sleeping giants’ of world Rugby, but huddle in. When the giants been ‘asleep’ for as long as this one has, it’s not sleeping, it’s farging dead.

‘Lobster’ Morne off the menu

Planet Rugby reports SA legend, World Cup Winner and super-boot ‘Lobster’ Morne Steyn has called time on his glittering career. At age 37 with an impressive Rugby CV behind him Steyn wants one last season of domestic rugger so he can dedicate his time to loved ones. Enjoy life after rugby that man.

SMH’s own Georgina Robinson (who else thought she was long gone?) reports Aussie 7’s twin dud coaches and beer attendants on Qantas flights Tim Walsh & John Manenti are seeking another shot at mediocrity with the men’s & women’s 7’s sides respectively.

After an insipid Olympic performance and some pretty average results AND selections surely that ship has sailed already? I mean the Tahs even knocked back Manenti – the Tahs FFS, the same people who hired Daryl Gibson, what’s that tell ya.

US try to ‘liberate’ world cup

Rugbystuffnz.com reports the nation of 400 million self-promoters has launched an official bid to host both the Women’s RWC in 2029 AND the Men’s RWC in ‘either’ 2027 or 2031. Unconfirmed reports state that Big George Dubbya will appear on stage before the kickoff against the Rugby Taliban in Washington this weekend to declare ‘mission accomplished‘. Why does that ring a bell? Premature much…………..

Interesting read from Paul Cully of SMH fame and how John Holmes is being used in French Rugga. A trim (125kg’s) Skelton is now an 80 minute weapon. I for one am super keen to see his transformation in both physique and overall game. Another case of Oz coaches not seeing the forest for the large wooden objects blocking their view?

A moment, if you will

Happy touched on this yesterday and also fellow GAGR contributors during the week. The loss of any young life leaves a hole that may never fully close. That a young man Sean Wainui, in the prime of life, a father, son, partner, team mate, brother and much loved man should have their journey so abruptly and cruelly ended is grief that his loved ones should not & will not carry alone.

I truly hope that Sean Wainui’s loved ones will find he lives on in their memories and that in every piece of laughter, in every anguished tear, that traces of his love, his humanity and decency will stay with them a lifetime and bring them comfort when they need it most.

‘Sean’s song may be ended, but his melody will linger a lifetime’