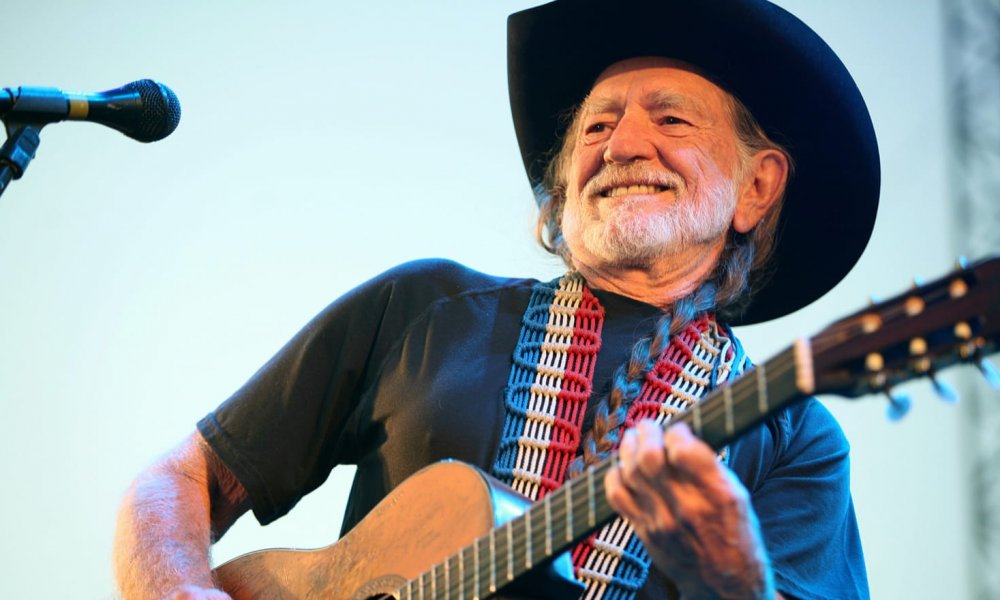 Today let’s revisit B3. Take a look at Moses’ record thus far, bunker down for the ‘Bokskrieg’ aerial assault coming Sunday and round it all out with The Friday Fast 5 Bonus, clinically proven to be marginally safer in the fight against the Wuhan Wonder Bug than injecting bleach.

They’ve done all the dumb things?

What can one say about Bledisloe III?

How bout I start with this. It was a litany of dumb. Not just plain ol’ average dumb, but high-class, elite level, world class dumb. It was a masterclass in dumb. in generations to come every aspect of B3 will be held up as the definition of DUMB.

From selections to game plan, to situational awareness, option taking, basic skill execution, emotional intelligence and everything in between it was a pathetic rugby performance befitting individuals either not good enough to be involved, not clear on their roles, the game plan or with a lack of belief in what they are trying to achieve. Or more likely a combination of all the above?

Whatever the reason the manner of the three losses to the Kiwi’s is simply not acceptable to this rugby fan. To be clear – it’s not the losses, but the surrendering, the intercepts, the failure to execute, the ‘fading out’ of matches. It’s basically either the inability of to learn and adapt or come up with adjusted, effective tactics. Tactics that allow for our current skill levels (which seem appalling – interesting observation in the SMH from Wayne ‘Yoda’ Smith here), tactics that stifle or take the opposition outside of their comfort zones.

I expect more of all associated with the Wallabies and perhaps until they expect more of themselves, us fans are in for more heartache. soul destroying Perth-like displays.

Well maybe not, but how many can say they picked Noah ‘Genesis’ Lolesio at 10 last week? The kid might have a future, but you don’t learn your craft during a bloody test match. It is honed in SR and with occasional appearances from the pine, increasing over time, until your game management, skills, rugby maturity and confidence are at test match levels – right? I mean imagine you’re about to have brain surgery and the medical team says ‘we have a great young prospect with talent that could be really good in 2023 so we’re gonna let him lead the whole thing today’. Good luck with that!

Which leads me into an interesting article by Jim ‘Mother’ Tucker via Rugby.com.au regarding Moses and his coaching tenure thus far.

OK, yes, we have played the Darkness more than any other team. But guess what? That will be the case EVERY year, year in, year out. And for Moses to suggest ‘we will be better’ for the hidings from the Nearlys. Pardon my French, but le farging what ??? If that were remotely true than over the last NINETEEN years worth of drubbings shouldn’t, by Moses’ argument, mean we should be winning by now, or at the very least competitive for 80 minutes?

If hidings are so great for sides and they come back stronger why aren’t the lot of us speaking German right now?

Last weeks selections were poor, the tactics were either indecipherable or the players incapable of implementing (either outcome is shite), the skill execution disgraceful and even the players themselves despondent (see quotes below)

It’s fair to say the coaching honeymoon is over baby, let’s hope it aint ever gonna be that waaaaayyyyyyyyy, again!

You may have missed it, but last decades Rugby World Champs the South Africans or Dutch Dirt Diggers (DDD’s) have landed in OZ ready to play their ‘brand’ of Rugby. Let’s be honest here. the BOK’s are harder to watch than a Naomi Osaka press conference (post loss). Just on that, why do tennis players only retire from games injured when they are losing? Nobody ever pulls out up 6-1, 6-1 and leading 4-2 with a break of serve in the third? Doesn’t matter I guess. I hate tennis.

The SAFFA’s are the Messerschmitt’s of world rugby. They will batter you with bombs to first soften you up and ‘if’ you successfully navigate that, they will be waiting to batter you with brawn as you attempt to depart your territory.

The team that brings us the accent and personality of a Rottweiler crossed with a maths teacher, are relentless at set piece, physical, fit and love nothing better than a confrontation. These Bokkies are also capable of shifting gear when required and can, but rarely do , play a reasonable expansive game when required and they do have pace out wide and in Faf de Klerk they may not have the worlds best 9, but he aint far off that mantle.

The Bok’s are the complete opposite of the Forrest Gump chocolates. You do know what you’re gonna get, but it’s another matter entirely countering that. Let’s also not forget how good they were in 2019 RWC and are worthy world champions. Even if they are as dull as dog shite to watch.

The Bok’s have made seven changes for their side for this Sundays clash – this from rugby.com.au

So what will our team look like for this weeks match?

It’s going to rain bombs on the Wallabies come Sunday afternoon on the Gold Coast. And why not indeed. Bastards is as flakey as my favourite Cadbury’s product & The Exocet is many things, but consistently great in the air aint necessarily one of ’em.

So for mine, it’s The Clydesdale at 15, Jordan of Nazareth at 14 and the Ninja at 11. Well may you ask ‘why? Well, Hodge can return serve with 60 metre kicks and then some. Pataia is a big body and elusive feet and can kick. The Ninja, well he’s just a very good footballer, has experience at 15 and can kick.

I would also start Nic ‘The Lip’ at 9. This will be a kicking contest and he is head & shoulders above ‘Bill the Kid’ in this discipline. Plus, Tate’s running game could be a real blessing with 25 to go against some tiring Bok bodies.

Ten? That’s a simple one, for the time being ANYONE but Noah.

The centres? I would keep Gandalf & Fergie. Admittedly The Squatter is back in the mix, but I am leaning with sticking with the B3 centres, certainly Gandalf anyway. I will concede though, if QC starts at 10, The Squatter comes from the pine, no QC then The Squatter starts at 13.

To beat the Boks you must front up physically first. The Bull & The Abattoir make my starting team to meet the physical threat and provide more options in attack. Jimmy Slips and The Pensioner (Holmes – as 7A’s is out at the birth of a little one) Hooker is a real problem. Palestine was shite, Lightning is shite, SURELY the Force rake Feleti Kaitu’u is due for his debut. I would keep the locks and play starting loosies of Naisarani, Wilson & Hooper.

Fearless prediction? To not be embarrassed at fulltime would be a marked improvement on last week’s showing.

It’s only taken 130-odd years, but finally the worlds oldest continuous civilisation has found permanent recognition on the Wallaby Jersey. For all my Wallaby ranting above, RA are doing so much right off the field it’s a shame that on field the progress is somewhat more ‘stilted’ (by stilted I mean completely ‘non-existent’). Hats off to the players, the coach, the administrative arm, our first nations consultants and all first nations people who have proudly represented our one country. The permanent tribute is reflected in the colours and symbols used on each Jersey’s number and will be first trotted out in Townsville Sept 25th v the FISM’s.

Always was – always will be.

In a crowded rugby calendar where North & South never agree. Where cashed up clubs flex muscle over countries, where potential ‘international test windows’ were largely agreed to and then abandoned (I am pointing at you England) where player welfare is paramount and science still grappling to understand and mitigate the horrific repercussions of Chronic traumatic encephalopathy (CTE), what do we need most? Why another competition of course – the Rugby 12’s. Now not to be confused with Rugby 7’s, 10’s or 15’s, Rugby 12 is so much better because, well, there’s 12 players. Well that and there’s potentially shed loads of cash included too. Described as 20/20 for Rugby (I farging hate 20/20 cricket) by opinion for rent, Mr Shag Hansen. More here from rugbystuffnz.com.

Reece Hodge – ‘I’m sure the fans have a sense of Groundhog Day as well and it’s definitely the feeling within the group. We need to win (to break it) but it’s hard to give you one thing we’re going to work on, I feel we need to improve quite a few parts of our game to match it. There’s been enough talk in the squad, it’s time for action now.”

Tate McDermott – “It’s Groundhog Day: every time we say we’re going to do something we don’t do it. We’re pretty soft at the moment and that’s the honest assessment of it.’

Rugbystuffnz.com reports NZ will trial a series of eight Experimental Domestic Safety Law Variations (EDSLVs) to be implemented across senior, teenage and Small Blacks grades as NZ Rugby attempts to widen the game’s appeal and improve the all-important player safety. I think any potential room to improve safety across our game must be investigated and makes something like Rugby 12’s (above) look even more mercenary in it’s intentions.

I actually like Eddie ‘Dr Evil’ Jones, especially from afar. The man who looks like he could kill you with a ‘look’ makes a reasoned, well argued point on planetrugby.com regarding South African turd Rassie Erasmus and the need for swift justice. There’s mind games, psychological advantage or good ol’ fashioned Steve Waugh ‘mental disintegration’, but with Jaco’s Rassie’s behaviour during the BIL’s it went to a whole other level. A man of his stature, revered in the game should have known better. Through his actions he both discredited the game & himself. His actions also had the potential for real harm to come to the officials in a volatile country not renowned for it’s law abiding ways. Shame on you Rassie, shame.