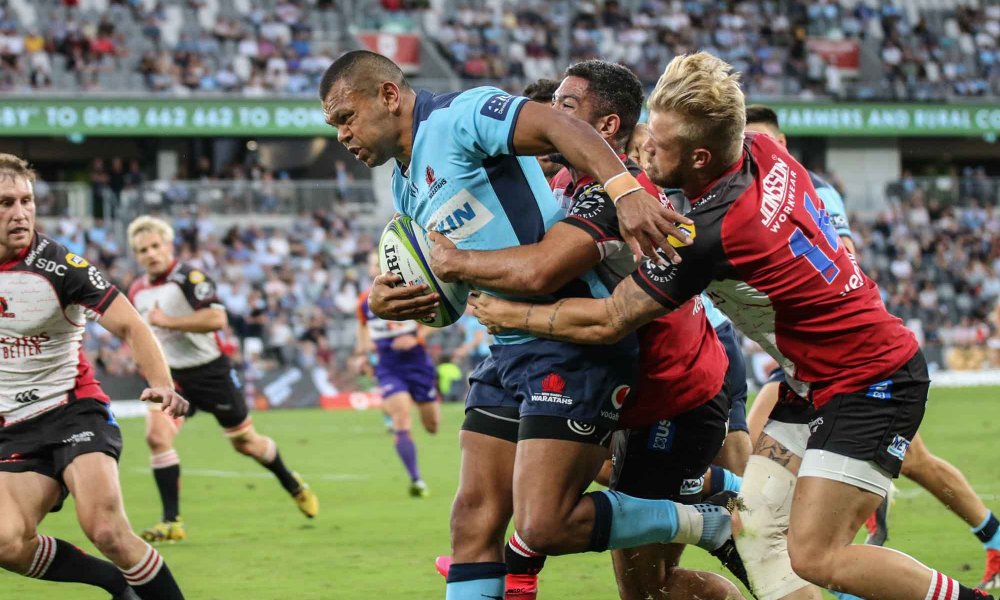 What do you do when your newly signed flyhalf is incumbent All Black Beauden Barrett? Sign All Black legend Dan Carter of course.

The Blues have tried before to lure the great Dan Carter into their clutches. But Leon MacDonald succeeded where those redoubtable knights, Graham Henry and John Kirwan, failed because of the timing, because of the world’s unique circumstances and because of the power of a friendship forged in red and black.

Record-breaking, 112-test, dual World Cup-winning All Black, and staunch Cantabrian, Dan Carter was on Thursday confirmed as an injury replacement for the Blues in the upcoming Super Rugby Aotearoa season, coming in for in-form utility back Stephen Perofeta who suffered a fractured foot in pre-resumption training and is gone for the duration.

Even at 38, and somewhat light on rugby under his belt, Carter shapes as a pretty handy replacement for the Blues who open the rejigged season on June 14 against the Hurricanes at Eden Park. Alongside their incumbent trio of playmakers, in Beauden Barrett, Otere Black and Harry Plummer, Carter gives coach Leon MacDonald crucial depth and an experienced head for a competition that is sure to test the resources of the five New Zealand clubs. 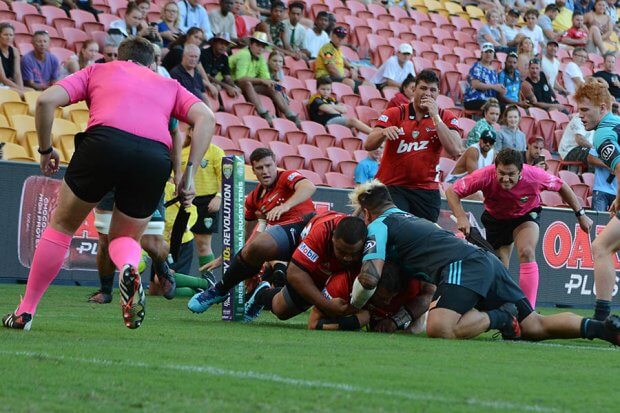 New Zealand rugby has taken the chance to try out a few rule changes in their Super Rugby Aotearoa competition kicking off in about ten days. Along with the Golden point rule is a variation on the Red Card rule allowing the carded player to be replaced after 20 minutes and a stricter interpretation of the breakdown rules.

Personally I’ve never been a fan of Golden Point. I see nothing wrong with two evenly match sides sharing the points but I understand many others would rather see a result. Watching a team work their way down the centre of the field to within field goal range is hardly riveting rugby but hey whatever floats your boat.

“Draws can often leave everyone feeling a little empty and after feedback from our coaches and players we have added the golden point rule,” he said.

“We’ve seen the excitement it can generate in other codes and we think adds a real edge.”

Red-carded players will also be able to be replaced after 20 minutes in another significant change.

If a player is sent off, they will not be able to return to the field but their team can replace them after 20 minutes in the bin.

Lendrum said the move was to try and reduce the impact that red cards have on a game, sometimes effectively deciding the result in the early stages.

“While players should, and still will be, punished for foul play, red cards can sometimes have too much of an effect on a match,” he said. 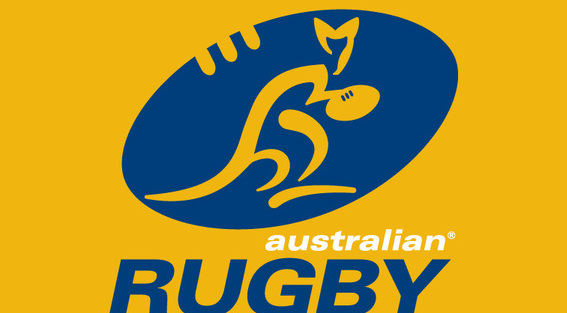 While Rugby Australia has made 47 of its 142 full-time staff redundant and let go another 30 casual and contract staff as well as asking senior staff to take significant pay cuts while still working full time, the Wallabies program has remained un-effected.

Clarke did not expand on which departments were hit the hardest, saying only that every area was reviewed through the process in a bid to hone in on the organisation’s priorities.

“I think it just comes back to prioritising the most important functions in our business and I think the staff base we will have going forward will still enable us to focus on the priority areas of delivering what we do as a national body and supporting our member unions where we need to support them but there will be trade-offs, there’s no doubt,” he said.

“We will have to look at programs and certain initiatives that we might want to have implemented that maybe we can’t for now. But that doesn’t mean that next year might be different and we’ll be able to invest back in the game as we need to when we can.”

Asked how cuts would impact the Wallabies plans, Clarke said everything would be done to try and “protect” that program.

“We need to try and protect as much of our high-performance area as possible, as that’s going to help get the Wallabies back to where they need to get to as a world ranking and so (incoming Wallabies coach) Dave Rennie is a key part of that and I’m delighted with how Dave’s been engaging on that task since signing up and I think he’s going to make a really big, positive difference,” he said.

“It’s a key part of our financial underpinning is a successful Wallabies. It’s not everything but it’s certainly a key part. So we’ll be protecting that as much as possible.” 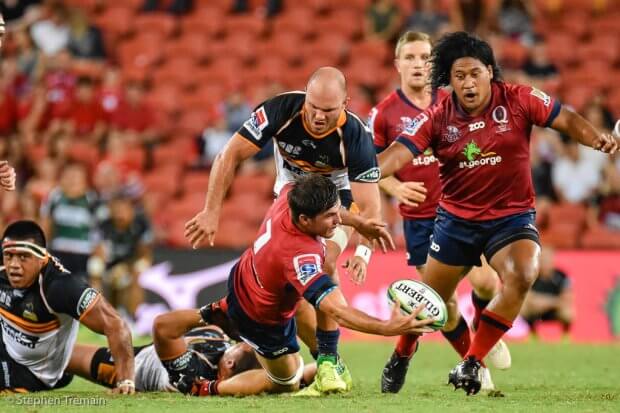 During the week Reds Rugby set up an online forum for their members to ask questions of Captain Liam Wright, David Hanlon and Sam Cordingly. Some of the subjects covered.

The three defectors: All three spoke highly of the players involved and were sad to see them go. LiamWright suggested it had galvanised the team because it made them realise how much they had all sacrificed to play.

Super Rugby 2020: As we know, the four Super Rugby teams and the Western Force will play. A ten-week comp with the top-ranked team straight into the final and two v three for the other spot.

They are working with Governments and venue around crowds. It may just be members or just some members.

They are trying to get some rule variations approved WR and pushed by the broadcaster. It’s only for this comp so it will be a balancing act with test matches to be played immediately after.

The proposed rules are the 22/50 and 50/22 rules (not a fan). A goal-line drop out if the ball is held up over the line. The dropout can be taken anywhere on the goal line and must go five metres. Some fiddling around with scrums and encouraging free kicks that no one seemed a fan of. And looking at a Red card player being able to be replaced after 20 minutes.

Harry Wilson and Hunter Piasami are back in full training.

Non-playing Reds squad have to stay quarantined with the squad so won’t be able to play Premier Rugby until the Super Rugby Comp is over. and all premier grade clubs will have women’s sides this season.

Next year: Trans Tasman a big focus but also looking at how to include a Japan team. – Suliasi Vunivalu is still very keen on coming to Brisbane and joining the team next year.

The Ballymore redevelopment has $15m from the Feds. They are working with the state to match with discussions back underway following COVID enforced pause

Please note I didn’t attend the forum so this is all secondhand information.