The final news day of the year sees drama in the Castle, Sevens speak, a boost in funding and dreams being chased.

“Contracted thru 2 the World Cup” 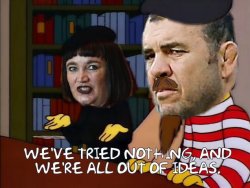 Contracted through to the world cup, she said. He’s got a plan, she said.

We’re going to get 3/3 on the European trip, she goddamn well said.

Well, now it looks like Raelene Castle has had enough. In an extraordinary media leak, it’s reveals that Castle cancelled a phone call with Jake White, after the detail of the call was leaked to the media.

Calls for Michael Cheika’s head have only been getting louder and louder, and with the leaking of this ‘secret call’, it’ll only add more fuel to the flames.

Cheik is currently still in Europe, and is expected to front the Rugby Australia board when they meet on December 10.

White has often talked about being interested in the Wallabies top job. He is also no stranger to international success, having coached the Boks to a World Cup in 2007 and coaching the Brumbies to a Super Rugby final in 2013.

What’s even more interesting about this though is the fact that Rugby Australia owned up to it when they spoke to rugby.com.au.

“Jake White approached Rugby Australia and asked to have a conversation,” a spokesperson confirmed.

“Rugby Australia did not approach him but agreed to speak with him but have decided not to proceed with the call.”

Looks like it will be interesting times over at Moore Park, come December 10.

The other rugby news is that we have one last game lined up before the season comes to a close for 2018.

Outside of the Sevens in Dubai, the only other match this weekend sees the Barbarians take on the Pumas over at Twickenham for the 2018 Killik Cup.

Coached by Springboks coach Rassie Erasmus, the BaaBaas will host players of a predominantly South African origin, with a couple of Pacific and Australian players thrown in for good measure.

Except to see a lot of NRC stalwarts in there, especially from the Drua. See the squad here.

All Roads lead to Dubai 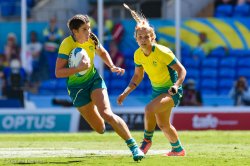 Things are set to get into full swing this weekend, with the both the Mens and Womens World Series Sevens kicking off in Dubai.

Starting with the girls, (who are already in full swing) the Aussie Womens team come into the second of the competition in 5th place, having crashed out in round one behind France, Canada, the US and New Zealand.

However the team looks set to have some big names return to the squad, with veteran Alicia Quirk has overcome a long-term knee injury. It is set to be a tough road though in the desert, with England, newcomers China and the United States sharing their pool.

“The team has been working really hard since the USA Sevens and we are looking forward to getting back out playing again,” Australia coach John Manenti said to Fox Sports.

“Having Alicia back is a big boost for the squad, she’s a tireless worker on the field and will bring plenty of big tournament experience to our campaign.

“Both players have done really well in the last few months with exceptional performances across the Aon University Sevens Series as well as for our development side that won the Oceania Sevens Championship earlier this month.

“They’ll bring new energy to the squad for Dubai and they’re looking forward to their World Series debut.”

On the mens front, Dubai marks the first round of the competition, so it’s a real case of anything goes for the boys.

While the squad is still to be locked down, it looks to be notably stronger this year, with experienced players lining up for selection, including Michael Wells, Henry Hutchinson and Maurice Longbottom (who is returning from injury).

The men will also have a similarly tough pool, taking on the likes of Japan, Canada and England.

“We have just been getting combinations down pat, really solid, understanding each other and understanding the way we want to play,” captain Lewis Holland said to rugby.com.au.

“Moz (Maurice) is always dangerous, he can kinda get a try from nothing so he’ll be a threat this weekend and he has trained really well over the preseason.

“With the likes of Wellsy (Wells) and Hutchy (Hutchinson) coming back, they bring a lot of experience through mental and physical (skill), so they will be a great addition as well.”

It’ll also be the first full season for coach Tim Walsh, who is expecting a big performance.

“It’s going to be a different year this year with the Olympic qualifiers, so I’m sure the level of all the teams are going to take it up a bit,” he said.

Here’s to hoping the Sevens season can help many a disgruntled rugby fan restore their faith in rugby. 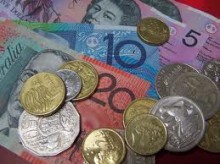 The NSW Government has announced it pledge $20 million towards a new NSW Rugby centre excellence, located at the University of NSW’s campus at Daceyville.

Construction is set to start at the end of the year, with the facility set to “take the game into the modern era.”

Speaking to the Sydney Morning Herald, Andrew Hore said the facility would be a new home for the Waratahs, as well as charity, community and research partners.

“This is not just for one team and high performance,” Hore said.

“There’s a whole lot of elements to this building that we see as part of our way of taking the game into a modern era. The world is changing fast and we need to start reflecting a lot more what society in Australia looks like. We don’t right now.”

For the last twelve months, the Tahs have been working out of a set of demountables on the campus, following their decision to live Moore Park in 2016. In this time they also turned down an offer from Rugby Australia to bunker in at their UTS-funded headquarters.

This announcement comes after the government recently helped Cricket NSW move their headquarters from Moore Park to Olympic Park, a move that cost $30 million.

“We would be doing this regardless [of the Allianz Stadium redevelopment],” Ayres said of the funding announcement.

“[NSW Rugby] wanted to establish a home as part of their strategic plan and made a conscious decision – long before we announced the full impacts of the SFS redevelopment – to move down to Daceyville.”

Hore almost mentioned that the site will be also be primarily focused in tapping into talent within Sydney itself, specifically the Pacific Island communities.

“We need to run more competitive competitions and have better access for more people from rugby-first countries to have an opportunity to play,” he said.

“It’s a great way for people from these nations to become part of Australian societies and it will give us an advantage over other sports too because often for some of these communities, family, church and the rugby club go hand in hand. But first they need competitions to play in and we will deliver on that.”

Outside of other big news, the Tahs have also confirmed they’re close to signing a big boppa in lock Le Roux Roets, so expect a bit more of the Saffa around UNSW. 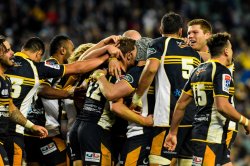 Will Toni Pulu pull on this jersey next year?

Throughout this year, we’ve been talking about how players have struggled in Australia, gone over to NZ and excelled. I could list a laundry of the players here.

However, to finish with our final story of the year, we’re going to talk about a bloke called a Toni Pulu, and how he left the Chiefs to take on a challenge of playing for the Brumbies next year.

Pulu admitted, after being at the Chiefs for four years, his first couple of weeks in Brumbies colours were a little unsettling.

“That’s the mentality I’ve got. I don’t want to do things without earning the right. I know I’ve got to do the hard yards before I get to wear the Brumbies jersey again,” Pulu said to the Sydney Morning Herald.

Pulu has been chasing a dream to play at the World Cup, and he’s hopeful of cracking the Wallabies side next year. He is leaving his run late, and he has had a career of plenty of injuries, having played just 31 games in four years.

“It was a hard decision to leave. The Chiefs are a great team to be a part of and I’ll never forget what they’ve done for me,” Pulu said.

“But at the age I’m at, I needed a change and I thought the Brumbies would be a good fit for me. The Brumbies have been playing well the last couple of years and if I get my chance to put the jersey on, I’ll make the most of my opportunity.

However, he’s already provided a solid impression in the nation’s capital, and looks set to push the likes of Henry Speight, Tom Banks, Andy Muirhead and Lausii Taliauli for squad selection. If he has a good season, he could be lined for World Cup selection.

“That’s the mentality I’ve got. I don’t want to do things without earning the right. I know I’ve got to do the hard yards before I get to wear the Brumbies jersey again,” Pulu said.

“The Wallabies are an aspiration. My main focus at a new franchise is to get fit, play as much footy as I can and if the Australian call up comes, I’ll be happy.

“I haven’t played any age-group [international rugby]. I was quite late in developing my rugby skills, so I’ve been fortunate enough to get another crack and be here at the Brumbies so I’m looking forward to it.”

Fingers crossed his decision to cross the ditch is the right one.

Hello fellow GAGRs. Rant incoming. With the season drawing to a close, today marks our final news day for the year. It’s been an absolute rollercoaster of a season, filled with several highs and lots of lows, and it feels like six years ago that I started covering the news back in February. However, as always, it’s been a huge amount of fun, and that’s due to all the awesome folks who take the time to read, comment, and support our site.

On behalf of everyone at GAGR, I want to wish a warm thank you for all your continued support throughout the year. We have a fantastic community here who is never afraid to talk and argue about the game. You guys are the reason we turn up week in, week out to do what we do, and your support through engagement and donations helps us to keep churning out content (on top of allowing us to maintain upkeep on our super expensive corporate yacht).

While the Wallabies have been in god-awful form, I’d like to especially acknowledge the outstanding form of our news team. Every one of these guys have gone above and beyond with presenting the news this year, turning up no matter how tough the daily rugby stories got. Watching these guys develop over the course of the year has been an absolute joy to watch and be a part of:

I’d also like to thank Nick Hartman for all his support throughout the year, and for his help in putting together our Dropped Kick-Off podcasts. Fingers crossed we’ll have a few more of them down the track.

Lastly, I’ve decided to take a step back from writing the news next year. While the last two years of writing news has been a huge amount of fun, now seems a good time to give another writer the chance to have a crack at doing it! Rest assured, I’ll still be around behind the scenes at GAGR helping out with podcasts, and you’ll never be able to get me away from covering the NRC!

On behalf of the news team, I wish everyone a very Merry Christmas and a healthy and Happy New Year. See you all in 2019!