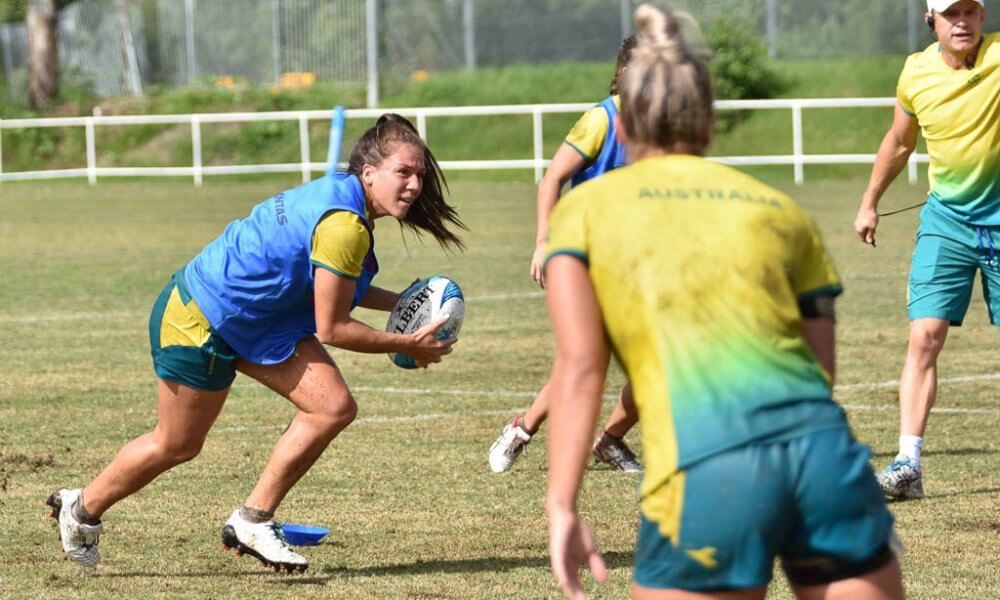 Friday’s Rugby News sees the squads for the weekend, club corner, the Super W final and more on the Commonwealth Games. 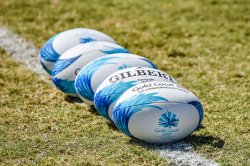 We’re nearly at the halfway point of the Super Rugby season, with round nine upon us for this weekend.

Starting with the Aussie matches, the Rebels will be kicking things off when they host the Jaguares in Melbourne.

Coming off the bye, and the flogging from the Hurricanes, the Rebels are coming into the hardest period of their season, and a win here will be crucial to keeping first place in the Aussie conference.

Among the names who are returning include Dane Haylett-Petty, Sam Talakai, Geoff Parling, Richard Hardwick and Ross Haylett-Petty. Reece Hodge has been ruled out due to a hamstring strain, and Matt Phillip is also missing out on the starting side.

The Jags will put up a fight, but I predict the homeside to take this one. Rebels by 7.

The second match sees the Brumbies heading across the ditch to take on the Highlanders in Dunedin, to try and break the dry spell.

The Highlanders have made four changes to their side last week, while, as of Thursday night when I’m writing this, the Ponies are still to announce their squad. I’ll include it in the comments when it’s announced.

Regardless, I’m just hoping for a good match, but I don’t see the Ponies winning this one. Highlanders by 14 or more.

Finally, the other big grudge match of Australian Super Rugby will play out on Saturday night at the SCG, when the Waratahs host the Reds.

The Tahs look to have only one notable change, with Nick Phipps coming onto the bench after recovering from a calf injury.

The Reds meanwhile have had to make three injury forced changes, with Scott Higginbotham, Taniela Tupou and Ben Lucas all out.

Oh yeah, and Izaia Perese will be back after missing the first half of the season due to injury.

It’s going to be a good match, with the flashy Tahs attack coming up against the grinding old-school playing style of Queensland. I’m backing the hosts for this one. Tahs by 10.

In the other matches of the round, the Hurricanes will host the Chiefs in a typically exciting Kiwi derby (I’m backing the Canes), before the Moon Dogs have their best chance all season to grab a win when they play fellow cellar dwellers the Blues. Considering they beat the Blues at this corresponding fixture last year, I say game on.

The only other non-Aussie match sees the Sharks host the Bulls in Durban, and I for one think the hosts will bring their Kiwi form with them and knock the visitors over.

The Crusaders, Lions and Stormers have the bye.

Alright GAGRs, what’s your pick for the match of the round? 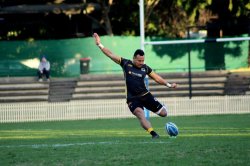 Club Corner is back for another Friday, and there’s plenty of rugby to talk about.

Starting over in the West, round one saw a couple of one-sided affairs, with Wests Scarborough, Associates, Cottesloe and Joondalup all grabbing convincing wins.

The other results saw Wanneroo Districts beat Kalamunda in a really entertaining match, 34-20, while Arks and UWA played out a bizarre match that saw both sides at 0-0 at halftime. The scoring was tight, and eventually the Students ground the resilient hosts down, winning 7-15.

Associates will have the bye.

Heading over the Canberra, the John I Dent Cup matches were a lot closer, with all matches being decided by a margin of two points or less. Easts grabbed the inagural Bob Hitchcock Territory Shield when they beat Uni-Norths 22-20, Tuggeranong lost out in a thriller at Viking Park to current champions Royals, going down 31-32, while Queanbeyan had a high scoring thriller of their own when they hosted Gunghalin,  eventually going on to win 39-38.

Royals will have the bye.

The broadcast match saw Northern Suburbs get some much needed revenge over the Rats, with a 27-18 win at North Sydney Oval.

Note: due to the Commonwealth Games, there will be no broadcast match this weekend on 7Two.

And finally, we head to Queensland for Round Three of the Hospital Challenge Cup.

GPS continued their winning ways with a well fought 36-31 win over Bond University, Wests lost at home to Sunnybank in a thriller, 19-22, Souths defeated Easts 39-31 and Brothers pulled the upset of the round by defeating University of Queensland 24-19.

Get out there and enjoy your club rugby this weekend, and lets #makeclubrugbygreatagain. 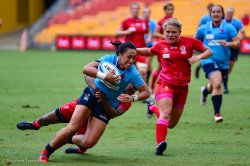 Just in case you don’t forget, in between the Super Rugby matches and the Commonwealth Games, the Super W final is on next week.

The competition started out with an old school grudge match between NSW and Queensland, and it makes sense that these two sides will close out the debut season.

The final match will be played at Allianz Stadium on Friday April 20, playing before the Waratahs match against the Lions.

On top of that, the match will also be broadcast live on Fox Sports at 4:45pm.

“We have seen some fantastic rugby in the first season of Buildcorp Super W and I know the final won’t disappoint as both team’s fight to be champions,” Rugby Australia CEO Raelene Castle said to rugby.com.au earlier this week.

“I know rugby fans will really get behind this game by coming to Allianz Stadium or watching the match live on Fox Sports and we wish both teams the best in their final preparations.”

“As a coach I have been really impressed with the whole competition and I know the Final won’t disappoint,” added Wallaroos coach Dwayne Nestor.

“We have seen the steady improvement of all teams and there are some genuine selection battles going on to make the Buildcorp Wallaroos extended squad.

“There will be no love lost between NSW and Queensland as you’d expect, and I can’t wait to see what the teams bring when they run out at Allianz Stadium.”

It’s been a good year so far for Womens Rugby, so make sure you get along to see this match next week! 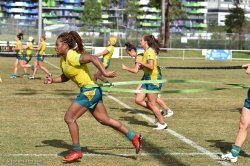 The Australian Commonwealth Games team have been absolutely tearing it up on the Gold Coast, with us currently winning (as of Thursday night) 62 gold medals, 46 silver medals and 46 bronze medals. By the time you read this, there probably will be more.

But, this Friday and Saturday, our Womens and Mens Sevens teams will be competing for the chance to add to that tally.

For the girls, a win here would see them become the first ever Sevens team to be both Olympic and Commonwealth Champions to go with current World Sevens champions.

Captain Charlotte Caslick admitted that the teams success came a lot down to them wanting to play for their coach, Tim Walsh.

“He has let us be who we want to be,” Caslick said to rugby.com.au.

“He didn’t try and change the fact that I like wearing ribbons in my hair and all that sort of stuff.

“He just took it as who we were and that was really special for a lot of us – that we could be rugby players but we could also keep our girlier side, I guess.

“For women’s sport in general he has been a massive leader in putting us on an equal playing field with the men.”

With Walsh departing the team after the Games, there is extra motivation to send him off in style.

The motivation looks just as important for the Mens team, with a pumped up side out to win gold for two of their injured captains, James Stannard and Lewis Holland.

Both Skippers were selected in the team, but Holland was unable to recover from injury, and Stannard was the victim of a one-punch attack that left him with a fractured skull.

Andy Friend has admitted that he hasn’t seen a team this pumped up in a long time.

“We knew about Lewi four weeks ago but Chucky was a massive surprise and a shock to everybody but it’s happened, we can’t change it and we will use that as energy moving forward,” he said to rugby.com.au.

“We’re very tight anyway as a group so we probably didn’t need it, as we have other reasons why we want to perform well.

“We set three targets at the start of the year.

“It’s a tough competition and it’s going to be tough here, too.

“We’re on our home turf, it’s been a big focus for us and we will be giving it everything.”

The Men will kick off their campaign on Saturday.