Friday’s rugby news has Henry Speight re-signing, ARU unfazed by by Toulon’s threat to sue, Bernard Foley to start at five-eight and Lima Sopoaga and James Broadhurst to make their debut for the All Blacks.

Wallabies winger Henry Speight has signed a three year extension with the ARU with the hope of playing Sevens and Super Rugby next year.

Under the terms of the contract, Speight will be available for the Sydney Sevens  on February 6-7 and also the Hong Kong and London legs of the World Rugby Sevens series in April and May respectively.

Speight would return to the Brumbies following the Olympics and be available for the remainder of the Rugby Championship before returning to full-time duties with the Brumbies.

“To have this opportunity come up for next year is something that I wanted to do to be part of something really special,” said Speight.

“It’s a unique opportunity and it doesn’t come around too often.”

“We have a few other discussions well under way. We’re obviously not looking to replace the entire Sevens squad,” said ARU general manager Rob Clarke.

“We’ve got a fantastic Sevens squad and the nucleus is very strong, but we do believe there are two or three opportunities to enhance that squad.”

The Australian Rugby Union are unfazed about Toulon owner Mourad Boudjellal’s threat to sue them if Cooper re-signs with the ARU and backflips on his deal with Toulon.

“We will leave that very much in the hands of Quade and his management. That is their issue,” said ARU general manager Rob Clarke.

“As far as the ARU are concerned, we have had ongoing discussions with Quade for a long time and nothing has been totally finalised.

“It really is up to Quade how he handles the Toulon situation, and the ARU really isn’t planning on being involved in it.

“It is very difficult if or when a player has actually signed or contracts are registered. It is not as though the Australian Rugby Union gets notified by the French that our players are being registered over there. So the answer to that is no, and that’s why from our point of view, it is very much in the hands of Quade and his manager on how they move forward on that.”

Bernard Foley is striving to cement his spot as the starting five-eight for the Wallabies and says that the playmakers need plenty of game time in the lead up to the World Cup.

“Having players who can just come in and feel the job is definitely beneficial for the squad. As playmakers, you want time and consistency in forming those combinations, with the players out wide and with the forwards,” Foley said.

“It’s a bit of yin and yang. It’s fantastic to have guys come in and bring their own flavour but as a playmaker, you certainly want time in the saddle.

Foley was understandably disappointed about missing out on last weekend’s clash with the Springboks.

“There’s 50 people that want to be in those 23 jerseys. I was unfortunate not to be there but I have a chance this weekend and that’s what it’s all about. That’s all that counts.

“It’s just consistency and getting the right outcomes for the team. We have to be relentless in attack and do the right things and put the pressure back on the Argies, rather than try and make the all-or-nothing plays.” 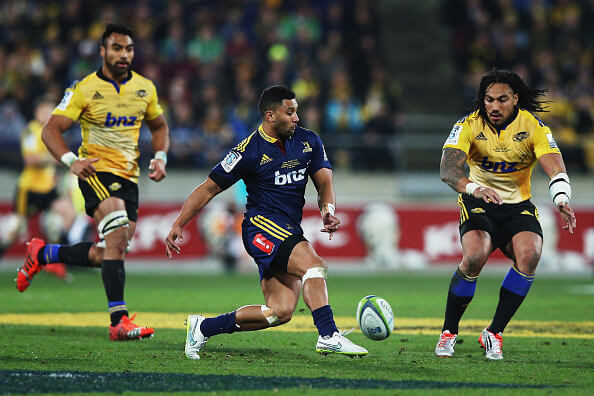 Lima Sopoaga and James Broadhurst are set to make their starting debuts for the All Blacks at five-eight and lock respectively.

“(I played in) the Super Rugby final two weeks ago in front of my family and friends, but to be able to carry out your dream at a park that holds so much history — for the All Blacks against South Africa — it couldn’t be a better script,” Sopoaga said.

“I’d be lying if I stood here and said I wasn’t nervous. I definitely am but I think it’s a good thing.”