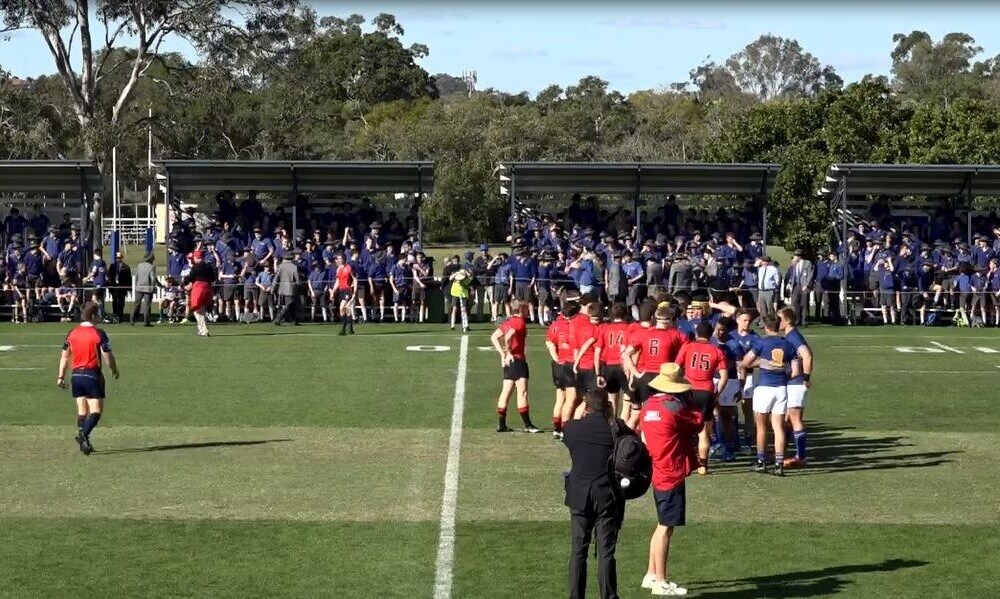 Our preview by warrenwobble seemed to be pretty damn accurate last week. So we had him come back again and give everyone his reading on the next round of GPS Rugby.

Match of the round billing this one and BBC enjoy their second home game of the season at Sleepy Hollow. The support group know their way around a Lexus, but had some problems with the chip fryers last week, lets hope things are in order at the tuckshop tomorrow. TSS will be looking to improve from the previous week. A clinical edge from last year was missing. That steely “Bronwyn Bishop” glare through a stiff wind, as her chopper lands was just not there. The kilt wearers on the other hand disposed of a very good IGS outfit last week, with probably only one slip in concentration, (when they lost that piper in the creek after half time).  A couple of injuries for BBC and TSS this week so that will even things out. There’s a mozzies ball bag in it.

The Grammar supporters will be glad to be back home after having to endure that annoying drive down the M1 (much easier going north to Noosa). Back to Northgate tomorrow where they can repeal endless stories about just how nice their grounds are to anyone who will listen. Trust me if you see anyone with a Grammar hat on looking talkative – run in the other direction! Terrace supporters won’t be interested anyway as they have the best grandstand in the business. GT were doing quite well containing their excitement about this team early in the season and they’ll be filthy after losing last week – a game they should have held on to win. Grammar will get close here, no fear, but Terrace will have too much firepower in the backs and will get away with it.

When the Churchie parents actually finish working out where the hell Brassall is – they will quite enjoy their little trip to the other side. Panicked mums will pack overnight bags, picnic baskets, survival blankets, small firearms and hip flasks into the boot of the Aston Martin and they will head off to The Bronx. Ippy will be busily ironing table cloths, putting out deck chairs and polo marquees for their uptight visitors early on Saturday morning. Some quick elocution lessons too, so they can work out what these strange people, from suburbs they have never heard of, arriving in car brands they have never seen, are actually saying. They may even unlock the IGS toilets this weekend. It will be worth the trip, just to watch the culture clash, it doesn’t get any better than this! Oh yeah and IGS will win.

The farmers will be more annoyed than Barnaby Joyce after being forced to go on a swim in his dick stickers with Tony Abbot. They had high hopes of rolling the brethren last week and to come away with an 18 point loss was harder to swallow than the boarding house chops on a Friday night. Our friends from the High School seem to be in another orbit, the first round bye will do that to you. Couple that with a trip up the range early on a Saturday morning and you will be flat out getting a full team up there. The State High 13As will do quite well filling in for the Firsts in the first half, but it will all be too much in the end as the strength of TGS and the discipline will take its toll. Welcome to the season High.