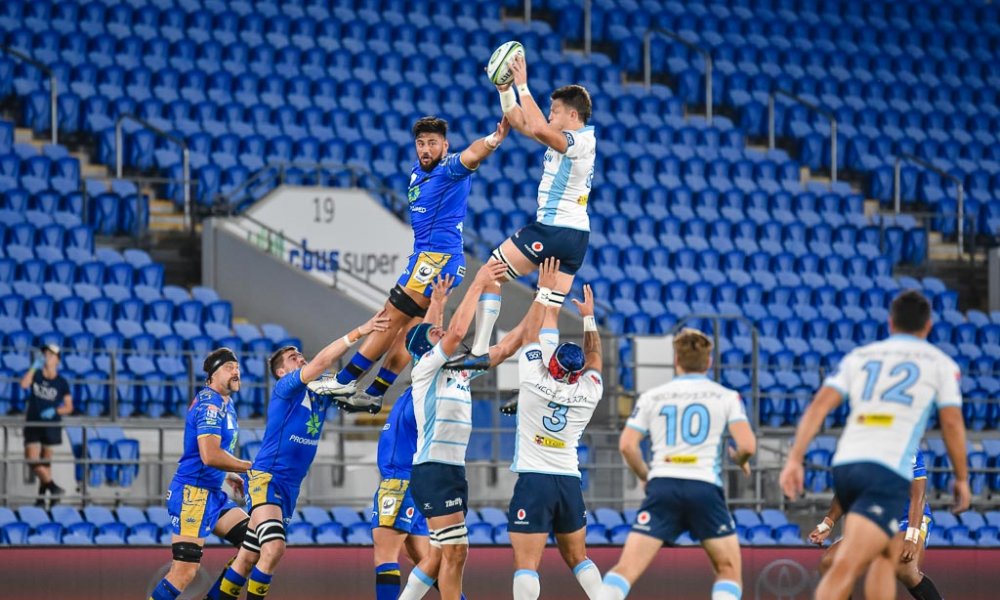 We are on the Gold Coast for the displaced Western Force to host the NSW Waratahs at CBUS Super Stadium. The Force are coming off the bye while the Waratahs will be looking to maintain the momentum created by their whacking of the Queensland Reds last week. The Force have been hamstrung by being away from home for several weeks and will be looking for an eighty minute performance to notch their first win in Super RugbyAU. With a late change for the Force with the removal of Nick Frisby from the bench for Jacob Abel, let’s take a look at proceedings. 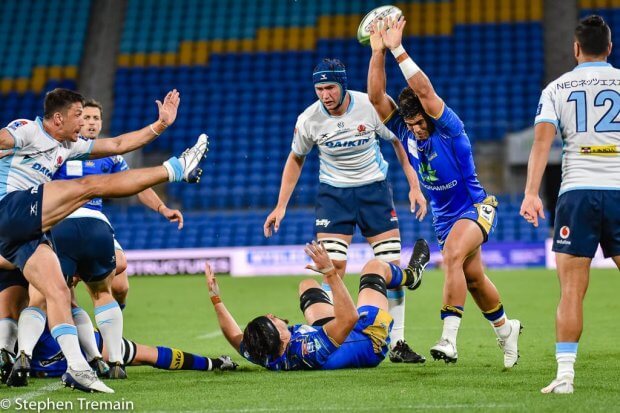 Both teams spent the first portion of the game mostly in the middle third of the field, with strong defence limiting any real gains over the advantage line. A ruck penalty gave the Waratahs their first scoring opportunity and as has been the pattern under Rob Penney they opted to take the three. Will Harrsion made no mistake from 42m and it was 3-0 Tahs after 8 minutes.

The Waratahs defence was excellent through the first fiften minutes with the Force having an almighty battle to make ground in the middle. They were however finding some space on the flanks, and this is where they struck. Richard Kahui spied a gap and placed a super delicate kick down the left sideline and big Bryn Stander tapdanced his way down the line to dive on the ball and put the Force up 5-3 after Prior missed the tough conversion.

Force ill-discipline kept the scoreboard ticking over for the Waratahs. Harrison slotted another penalty and we are at the quarter point of the game with the Tahs holding a 6-5 edge. The curse of all Super RugbyAU games thus far- the dodgy lineouts dogged both teams through the first half, managing to blunt a number of attacking opportunities. The Force were able to kick a penalty of their own, clearly learning that the transition from GRR back to Super Rugby is more about scoreboard pressure than blowing teams off the park. 8-6 Force with ten to go before the break.

The Force were having some difficulty with their scrum on the tighthead side, Kieran Longbottom feeling the wrath of the referee a couple of times, the second leading to another Harrison penalty from 40m out. They then scored their first try of the half after a Jono Lance dropped ball  in his own half led to a Wartahs counter, Jake Gordon nearly going over in the middle before some quick recognition saw the ball spun wide left for Alex Newsome to dive over untouched. A fantastic conversion from Harrison saw the Tahs skip out to a 16-8 lead. This was how it stayed until half time but the Tahs had a chance to extend it only to be held up over the line.

Soon after the break the Waratahs were in again, an out of sorts Jono Lance looked to throw one his trademark flat balls which was gobbled up by Jack Maddocks who ran 50m to score. The conversion made it 23-8 and it was fast becoming a case of hoping something can turn the game around for the Force.

The Force weren’t giving up without a fight and began to boss the scrums and hold onto the ball, earning a penalty 5m out which they took the scrum option. After earning a penalty again off that scrum they went again, earning yet another penalty. Another penalty for not releasing and you had to wonder how long the Tahs would get away with it. The Force went the scrum option again and this time the Waratahs earnt the penalty and escaped danger for the time being.

With 20 minutes to go the Force were starting to really throw the ball around in an attempt to claw back the margin, sort of reverting to the type of footy they played in the NRC and GRR. Godwin and Ralston were starting to see a bit of ball and looking dangerous,, but the Tahs nearly struck again with Maddocks running a gorgeous line off a Hooper ball to go under, only for it to be called back for forward.

As the clock wound down the Force were at sixes and sevens trying to create something and not really getting anywhere while the Waratahs were quite happy to take time off the clock and make the Force play out of their own half by kicking it down their throat. The Force escaped again when a simply beautiful little chip from Harrison was scooped up by Karmichael Hunt who passed to Jake Gordon who was ruled offside from the kick.

The final salt in the wound came almost on fulltime as pressure near the line told and allowed Harry Johnson-Holmes to burrow over.

It ended 28-8 and without sounding like a broken record, the Force should be proud of the result. They didn’t give up and continued to push in attack and work hard in defence the entire game. The lineout let them down badly tonight and with maybe one or two moments in the game it could have been different. Credit also to the Waratahs who found a different way to win this week to last week. They took their chances and controlled the possession and the game and never really let the Force into the game 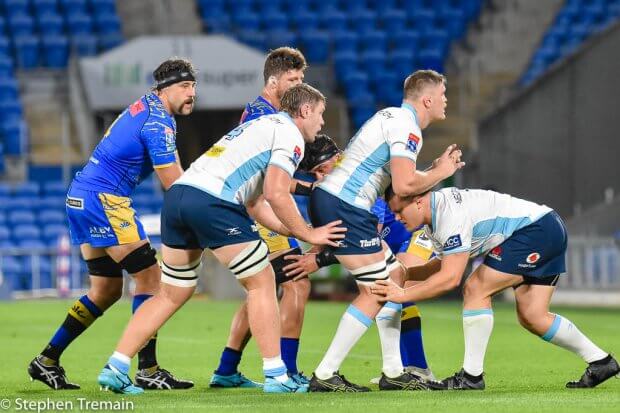 The Newsome try just before the break put a gap between the two teams and then there seemed to be a visible deflation in the Force squad. Another line out turnover led to sustained pressure that the Force were luck to escape further damage from, only inches in a held up being the difference,

If this question had been posed after fifteen minutes I would have nominated Richard Kahui, he was in everything with booming clearing kicks and the delicate grubber for the try, but he was really bottled up after that. So after that explanation the MOTM goes to Will Harrison. He is clearly a rare talent and his game management was excellent tonight. The way his goalkicking is so reliable that he just adds to extra scoreboard pressure is an element that has been missing from Australian rugby for years. Whether that pressure principle has been over ridden by coaches or not, you can certainly see why it is back in style under Rob Penney. 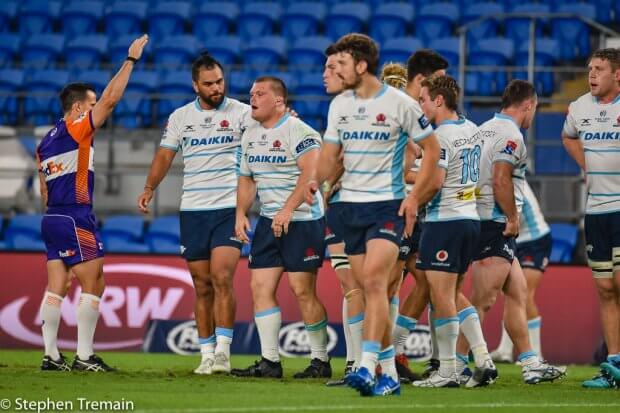 While kicking penalties as opposed to scoring tries is probably not going to win many fans or viewers it does win games, and the metronomic boot of Will Harrison is a great asset to the Tahs and a worthy contender for the discussion at 10. It doesn’t hurt that the rest of his game is solid as well and he looks calm and unflappable in most situations. Jake Gordon has to be in the mix after his great effort last week against the Reds and again tonight looked strong, and as we all know the 9-10 combination can be vital. Jack Maddocks was on his game tonight and could easily slip into a squad as wing/fullback cover or indeed as starting 15.

For the Force Byron Ralston was quiet, a lack of ball hampering his input. Kyle Godwin was good but probably overshadowed by Kahui inside him. Most of the best performers for the Force tonight were from their foreign contingent, while anyone looking for a hooker to throw a consistent lineout should probably look elsewhere.