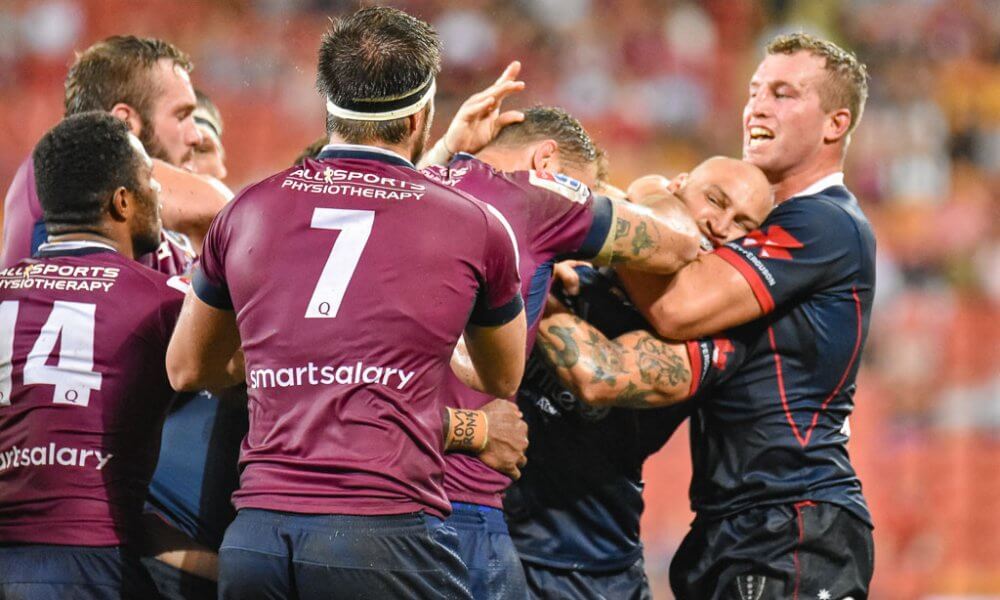 The Queensland Reds host the Melbourne Rebels in a tantalising clash at Suncorp Stadium.

The Melbourne Rebels, flying high after a comprehensive win over the Brumbies, will look to heap more pain on the Reds, and go top of the table. The Queensland Reds, fresh from a humiliating loss to the Waratahs need a win to kick start their season as the race for finals berths heats up.

So, how have both teams been traveling this season?

Since they played out a nerve-shredding 18-18 drawback in July, the two teams’ fortunes have taken very different paths.

On one side, the Rebels have been the inform team winning their last three matches including the previously unbeaten Brumbies. A bonus-point win this week will see them flying high on top of the ladder as they go into a bye week. The Reds however had a narrow win, a narrow loss, and then a first-half capitulation last week against their fellow strugglers, The Waratahs.

One swallow does not a summer make however, the Reds will be smarting after last week’s result, Brad Thorn will have them fired up to make amends and keep in the hunt for a playoff slot.

The Melbourne outfit was emphatic last week, outplaying a Brumbies team who hadn’t lost against any Australian team since March 2019.

Andrew Deegan has retains his place after an assured performance last week. Matt To’omua looked much more effective as a centre and having a genuine 13 in Campbell Magnay meant that that dynamite backline got the ball regularly.

Can they repeat such a performance? They have turned it on occasionally over the years only to stall and their form leaves them.

The only change is Pone “Freight Train” Fa’amusili (can I copyright that?) regaining his spot in the run-on side.

Pone Fa’amausili – wonder if Bryce is looking forward to a reunion?

It’s great to see Wessels stick with last week’s winning combinations,  now it’s over to his troops to repay the faith.

Who are you excited to see go head to head?

Two of the largest guys in the competition, renowned for their running game going head to head should be a sight to behold.

Taniela Tupou – the beast in the front row.

Taniela Tupou’s spine crunching tackles have been making every highlight reel and who can forget Pone Fa’amausil’s eye-catching first-half the last time these teams competed.

All play beyond their years. These two units could be the future of the Australian back row through the next two World Cup cycles. The average age is 22, Isi Naisarani is the “old man” at 25!

Liam Wright – must bring his big engine to this game.

Kemeny and Wilkin coming back from injury were imperious last week, the Reds loosies have been commanding in Super Rugby AU (their average age is 21!).

The two most experienced players on the park could hold the key to this contest. Both have looked assured to date, steering their young teams with a steady hand.

In what promises to be a titanic contest with only four rounds remaining, a cool head could be exactly what is needed.

This is a hard one to call, however, on form alone, you have to go with the boys in Blue. Rebels by 10.

It’s guaranteed to be a cracker.