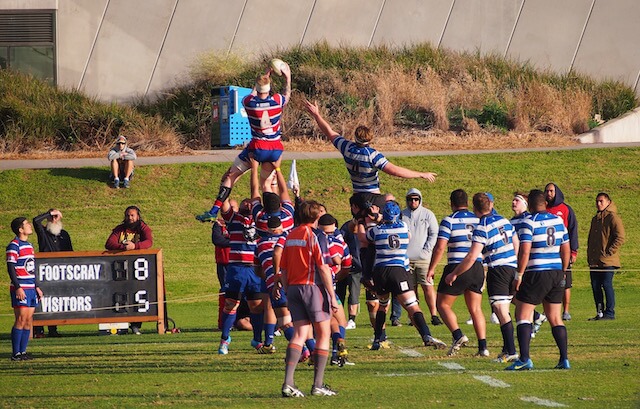 In the Dewar Shield Round 16 clash, A determinate dogs outfit outplayed the Students at Henry Turner Reserve.

Melbourne Uni came into the game with a set point to close the race to the playoffs, with three games to play the students were by seven points ahead of the dogs on the ladder, with no other team in contention, a win had sealed the top four.

The Dogs, on a three-game winning streak, including an upset win against Box Hill in round 15, were determined to win and give themselves a chance at a finals spot.

The game was never in doubt with the dogs dominating both territory and success and scoring an impressive win, although missing a crucial bonus point.  The finals dreams remain alive and well for Footscray.

Footscray spent the best part of the first half camped in University’ half, they scored only 8 points out of their dominance due to handling errors at crucial moments.  They conceded a try in the student’s only visit to their 22 in the dying moments of the half.

Scrum half Yamada kicked a penalty for the first 3 points of the game and missed a second attempt at the 16th minute.

At the 30 minute mark, the dogs pushed the students deep in their red zone and were rewarded with a try.  Despite some valiant defence, the students were pinged for a high tackle.  It earned the big lock Starkey 10 minutes n the bin, and it cost his team a try. 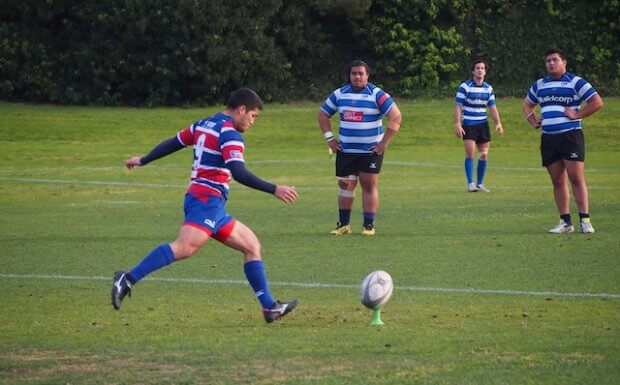 Scrum half Yamada from the tee.

The dogs brought on fresh legs in the pack, an area where they suffered in the first half, with the view to reasserting forward dominance.

Footscray also used their forwards better to force its way deep into the opponents 22 and kept the students away from the try line.

Footscray forwards scored two tries in the first 20 minutes of the second half, one of which converted. Melbourne Uni wasn’t able to score a single point for the remaining of the game. 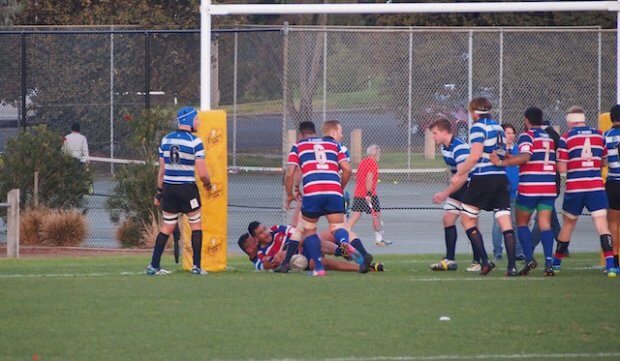 Vice Captain Lusa Washburn scores in the second half.

At the end it was all smiles at the dog pound, whilst the students will have to reflect on this game and regroup to try to keep their spot in the four.

Footscray will travel to struggling Southern District next Saturday and finish the regular season away at Endeavour Hills, two games that should give them 9 points.University has a more difficult task: they’ll host Power House on Saturday and finish with a visit to top of the ladder Harlequins. A bonus point win and a losing bonus point against Quins will square the two teams and point difference will award the last spot in the finals.

University has a more difficult task; they will host Power House on Saturday, and finish with a visit to ladder leaders Harlequins. A bonus point win and a losing bonus point against ‘Quins will square the two teams and point difference will award the last spot in the finals. 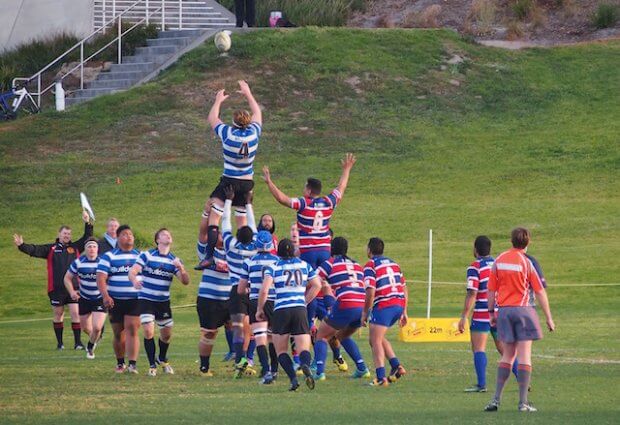 Students’ Clift dominated the line out.