Force send off a club legend in style… 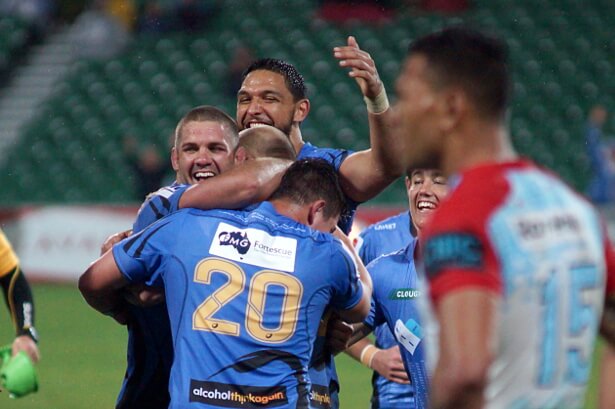 Force send off a club legend in style…

This year has been an absolute shocker for Aussie rugby. With one exception. The massive improvement of the Western Force. They have embodied so much of what rugby should be about. Passion. Playing for your teammates.

When I look back on any positive moments of this year, I’m going to think of the final minute of this game, when Matty Hodgson stepped to the tee to kick his first (and only) penalty of his career, and his dad Max being helped up from his seat to watch.

We’ve been asking for passion all year. You want to see the difference passion makes to rugby? It makes you score 29 more points than the opposition. 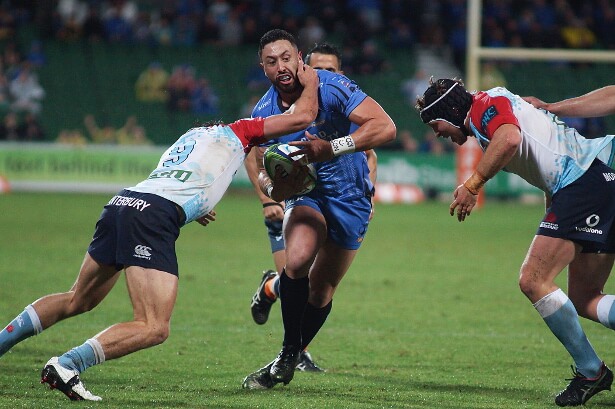 The rain was pouring down at the Force Field at kick off, and the 10,384 fans who braved the conditions were treated to an emphatic first half. Just the sight of Matty Hodgson running out onto the field for the last time, holding both his kids was worth the price of admission. Then the match kicked off.

First minute. Try to the Western Force. And how fitting it was that it was two of their best young finds, Curtis Rona and rookie Alex Newsome who combined to put the home side in front. The stage was set.

From this moment on, the Waratahs looked shellshocked. I would have feared for any team going onto the pitch that night against a Force club this pumped up. But add in the fact the Tahs had been playing like rubbish all season, and things were already not looking for them. Bernard Foley kicked a penalty to reduce the margin back to four, but only a few minutes later they found themselves back down on their own tryline. 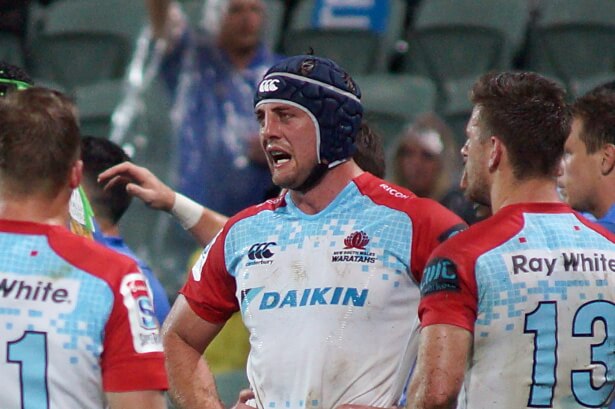 Once again, discipline proved costly, with Jake Gordon being sent to the bin. Then, the Force really rubbed their face in it, with Tatafu Polota-Nau reaping the rewards to a brilliant orchestrated rolling maul. Try time.

At the 34th minute, a scrappy period of play led to Marcel Brache rolling over the line to score. The TMO ruled as a try, and the Force had scored three tries in the first half to already have the bonus point. But they weren’t done yet.

Two minutes before halftime, the Tahs looked to have worked their way into the Force’s half, stringing together some phases. Then, the men from the west made mince meat of their attack, and passed it out to Jono Lance, who found himself on the wing. He was able to outrun Tahs captain Michael Hooper to score the fourth try of the game. The crowd were going nuts. You couldn’t be scripting this game any better as a send off for Hodgo. The Force went into halftime with an emphatic twenty point lead, and the emotions were already flowing.

The Tahs already looked like they’d given up when they came out onto the field for the second half. If they weren’t thinking it at the beginning, they definitely were at the 44th minute. Straight out the gate, the Force worked their way into the Waratahs half, and managed to pull off one of the best attacking scrums I’ve seen in a long time to see the Waratahs cough up the ball. 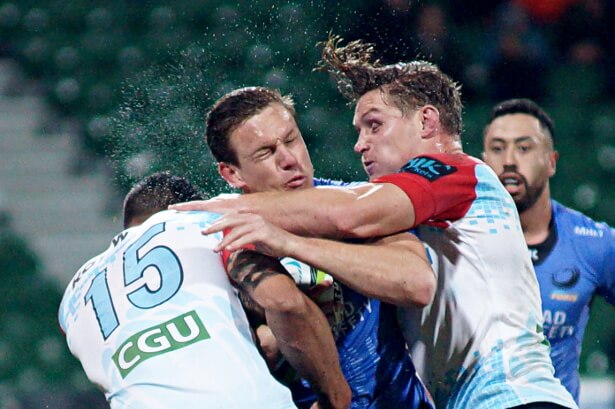 Who grabbed it to score the try? Who else? Matty Hodgson. That was it. It was already game over. The crowd had lost it. The Force boys were all over it. Even the usually reserved Dave Wessels had completely lost it up in the coaches box. The Tahs had done themselves no favours, but this night was never going to be for them.

The Force were in complete control for most of the second half, which was capped off by two penalty kicks by Jono Lance to stretch the lead out to 31 points. Things were really looking ugly for the Tahs.

They did however finally manage to grab a consolation try in the 75th minute to Hugh Roach, but the Force fans didn’t even want to give them that, as judged by the roar across the crowd.

But the Force boys were not going to let the Tahs have the last say on an emphatic victory. They worked their way into the Tahs half and finally won the penalty in front of goal. Matty Hodgson stepped up, and with his family watching, and the roaring fan base applauding him, he summed up his career in one kick. The Force may have had plenty of ups and downs, but no one can ever fault the man himself. For every game he played, he nailed it. 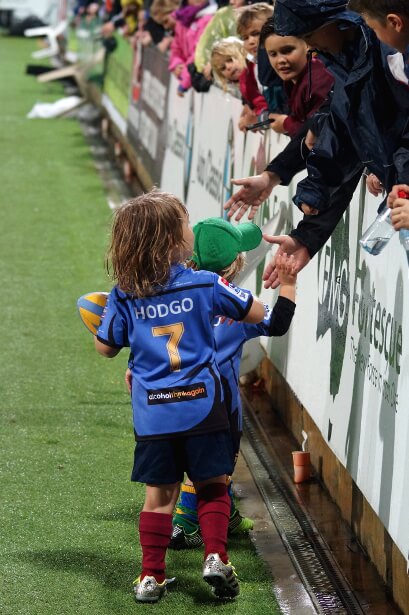 The Tahs were, once again, woeful. They had their own farewells but, lets face it, it was never gonna be their night. They finish with their worst season in their history, and in my opinion, thoroughly deserved it.

Because they deserved it. Because they have always been a passionate club. They have always been an underdog. But, they played out of their skin this year to prove they have what it takes to be in this competition. They may not have made the finals, but the Force earnt something big last night: respect from everyone in Aussie Rugby. Even the diehard eastern state rugby puritans can’t take that away from them. If that was (and I seriously hope it isn’t) the last time we see the Force take the field, then they went out fighting, and fighting hard. 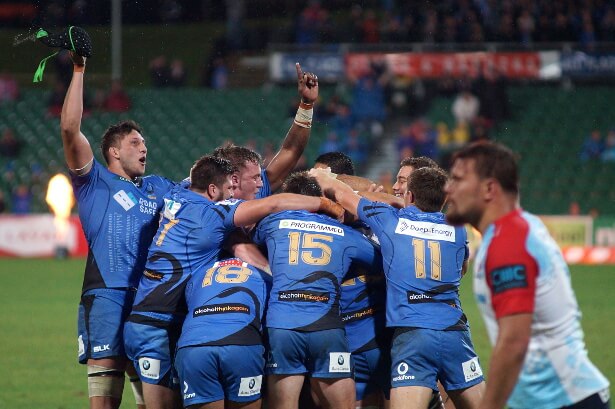 For me personally, there was never any doubt in the my mind, but this has only confirmed it: The Force must stay (and that’s not me saying the Rebels should go by the way, I’ve always been a supporter of five teams, even after this year). The fact we even saw billionaire Andrew ‘Twiggy’ Forrest chatting to the squad and pledging to ensure the clubs survival says to me (I hope) that last night was not a ending. That occasion didn’t feel like an ending of a club to me. It felt like a beginning.

Finally, it is important to remember that it was Hodgo’s night too. The man is a machine. He has been the face of this club all of it’s history, especially in the face of so much plight this year. He is the Western Force. A man who strapped on the boots and was all about the club. It’s men like Hodgo who serve as a reminder of how good it is to play this game, and how important it is. He won’t be forgotten anytime soon. Thanks for the memories mate.

What game changer? The Force were in control the whole match! Okay, well if it was, then it was the statement they made in the first minute scoring that first try. It set the standard for what was to come, and made it clear to the Tahs that it wasn’t to be their night.

The entire Force squad? In all honesty, it comes down to two players, both from the Force. Alex Newsome was phenomenal in the backline for the men from the west, and capped off what has been a great rookie rugby season. And then, of course, how can we forget Matt Hodgson. He inspired everyone around him, and threw everything into this game. Well played lads.

Seriously, anyone reckon there should be more Force players in the Wallaby squad? The Tahs were a majority of the Wallaby squad and they were woeful. Jono Lance should be due for a call up after this game, even Alex Newsome showed some potential to be a Wallaby in the future. It was a great display of how far WA rugby has come. 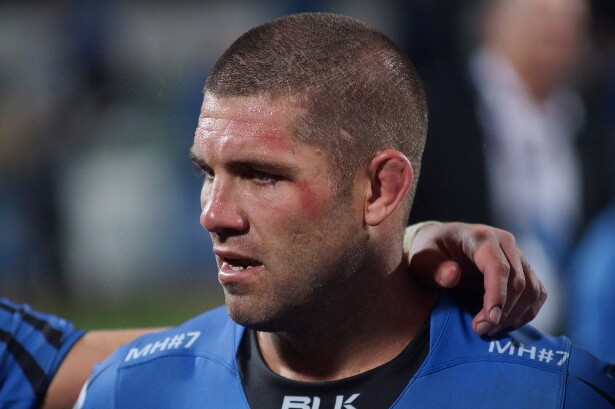 Thanks for the memories Hodgo (Image Credit – Delphy)