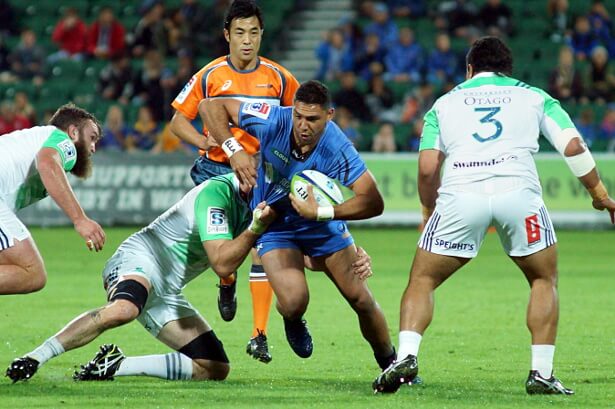 Not much room for Curtis Rona

Highlanders show of Force in one sided affair

It was back to business as usual for fans of The Clan and Force, with the Kiwi side putting on a flurry of points whilst the Westerners put in another lacklustre effort to fall down at home, again.

[And talking about efforts – apologies for the late report,but the sheer volume of water that fell onto nib Stadium the last two days somehow leaked its way into my computer. ] 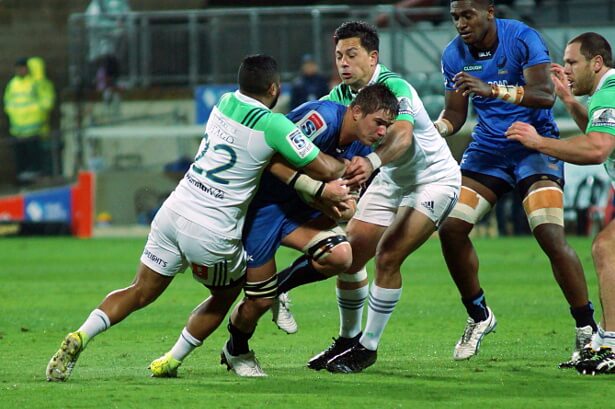 The Force entered the game on the back of a tough victory over in Argentina and many would have thought they could put on a good display in front of their home crowd.

The Highlanders, had been playing brilliant rugby yet were on the final stretch of what has been a tough road trip for them, thus possibly evening the playing field a bit.

On top of that, the weather gods gave the West Coast a good dose of rain, which some would think may have slowed down this potent Highlanders attack… oh how very wrong.

Unfortunately for the Force it was not their night, again, a relatively strong start ending with what would be considered one of their poorer games of the season. 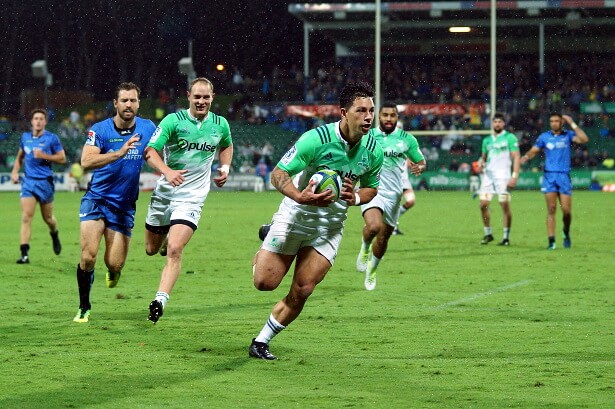 Rob Thompson – got a double

The Highlanders were always the favourites coming into the match and things didn’t go to plan early on for the Force losing Peter Grant to injury within the first ten minutes, with Grant already being called in as injury cover for Jono Lance, it left the Force with little direction for the duration of the match.

The Clan ran in the first of their tries to Tevita Li not long after as the flood gates looked to open. Surprisingly though, the Force managed to stay in touch with the Highlanders, truthfully a common trend for them this season as they kicked two penalties to leave the scores at 10 – 6 with halftime approaching.

That was as close as they would get, however, as a costly error close to their try line let Seuli crash over for the away side. It wasn’t just ball handing errors though which were hurting the Force, as they lost winger Maseriawa to a yellow card just before halftime 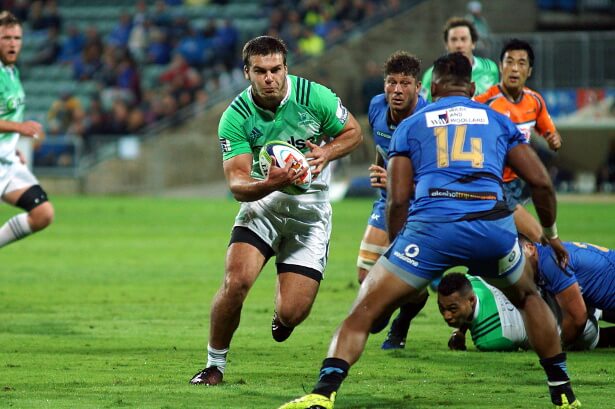 It second half started much like the first ended.  Lacklustre Force defence led to Patrick Osbourne breaking free and crossing the line, soon to be followed by another Force sin-binning to forward Richie Arnold for a lazy shoulder charge on Marty Banks,

Banks played an excellent game and will be leaving the Highlanders’ coaching staff with headaches as to whether he should retain his starting spot over the now-healthy Sopoaga.

The Force hung their heads from that point as the Highlanders piled on the tries even in tough conditions. Many fans will soon be wanting to forget this one—it’s a bitter pill to swallow after toughing out a great away win the week before. 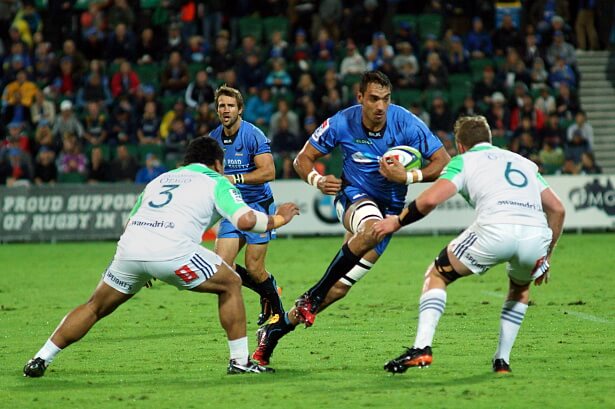 Richie Arnold on the move against good Highlanders’ defence

On the flip side, the Highlanders showed they can play great running rugby in any conditions and really looked like a team who could win the competition.

This is rather ironic as even with the bonus point win in this match there is a decent chance they could miss out on the finals due to the current setup.  This would be a real shame.

I think the only thing they would be disappointed in on the night is not getting Matt Faddes over for a fifth consecutive game of scoring a try! 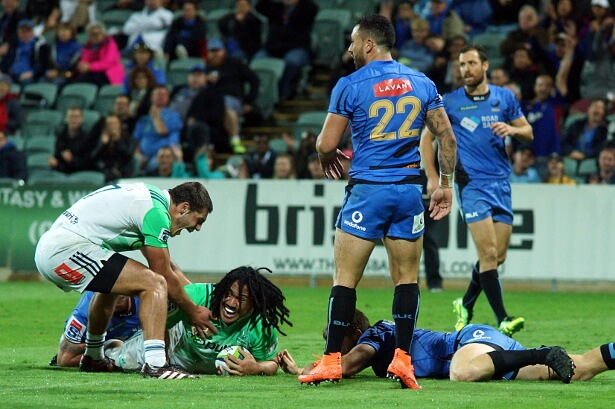 Patrick Osbourne’s try just after halftime, followed in quick succession with Richie Arnold’s senseless yellow card. Showed the difference between the two sides mentalities for the remainder of the game.

Marty Banks – controlled the game well and knew there was pressure to do so with Lima Sopoaga ready to take the reigns.

Tough game for Wallabies fans with no Force players making their mark. Was good to see Morahan back on the field though and if he finds his best form I’d consider him for the squad.

Photos courtesy of “Delphy” – thank you