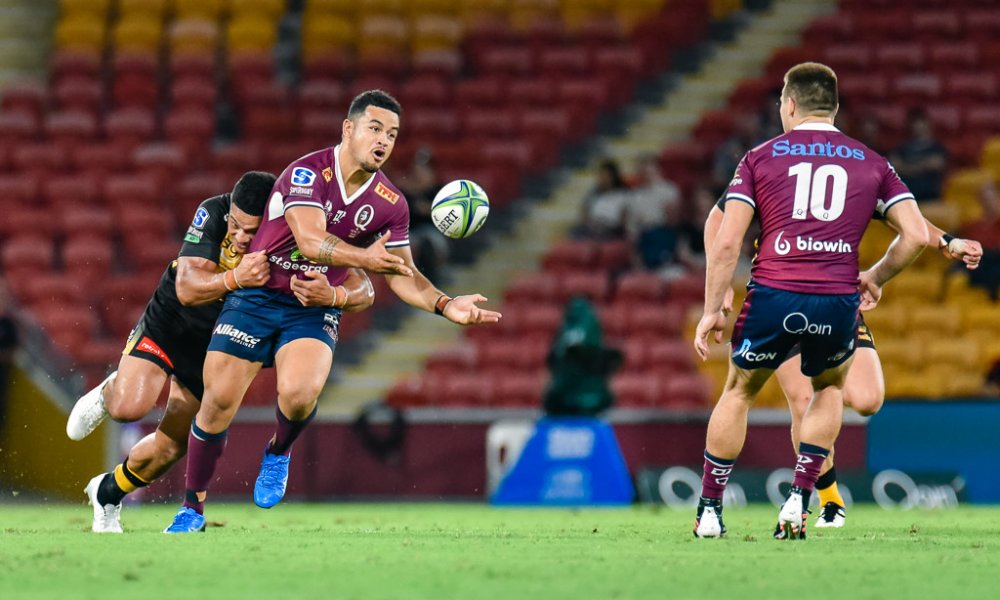 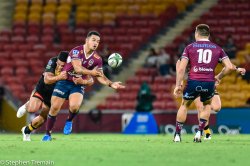 Reds centre Hunter Paisami is just like all of us. Only except he can hit very, very hard.

So when a new follower came up on Instagram from everyone’s favourite boxer/rugby player Sonny Bill Williams, it instantly turned him into a giggling school kid.

“I was having dinner and I’d followed him when I was at school as a kid and used to get Sonny Bill haircuts,” Paisami said on Monday.

“It came up as a notification on my watch after I’d shared his post of his retirement.

“I wasn’t expecting a message or follow back, but he messaged me and said ‘thanks uso’ … a bit of Samoan in there.

“Sonny and (former New Zealand No.12 Ma’a) Nonu; them together as a combination was pretty deadly, both liked to run hard and I’m just trying to be like them and hopefully achieve some of that.”

Paisami’s story is nearly worthy of a movie, enjoying a career resurgence after being axed from the Rebels due to poor behaviour.

With a kid on the way, the 22-year-old’s head is screwed on, with memories of floating between job sites helping to keep perspective.

“Every day I wake up and be grateful; around this time last year I was just at home, doing labouring work then got the call to do pre-season and tried to take that with two hands,” he said.

From finding a club that would take him, his focus now turns to rediscover his kicking game as an inside centre, which started with the Reds thrilling win against the Brumbies.

“I used to play touch and tag, so you’re trying to find gaps,” he said.

“Coming in fresh at the Reds it was the basics first and Thorny’s advice in the first trial game was to ‘run hard, hit hard.’

“Now I can find a bit of balance there … and I am getting better and better with my communication.” 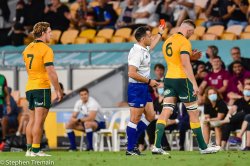 It’s a case of two steps forward, three back for the Waratahs as they prepare to face the Reds without Wallabies Lachlan Swinton and Jack Dempsey.

The Herald revealed that the back-row pair suffered lower leg injuries and were ruled out by club medical staff on Monday afternoon.

With Jake Gordon still out, the Waratahs now have three of their seven Wallabies on the sidelines.

However, the club are confident that the returning Will Harris can step up in their absence, with prop Angus Bell praising his athletic ability.

“Will’s one of the most athletic blokes I’ve played with,” Bell said.

“He’s 6′6 (198cm) and he runs like the wind. He’s a beast. He’s huge. And he’ll be massive for the team on the weekend, both in the lineout and around the field with his physical presence.

“He’s been unlucky with a few injuries over the past year and a bit but he’s ready and raring to get back into the starting side. He’s ready for the weekend and very keen. I back him all the way.”

Former U20’s coach and current Waratahs assistant Jason Gilmore agreed with one, believing that Harris is one of the most under-rated players in Australian rugby.

“I just think he’s a good footballer. He’s a big body but he reads the game really well. He can always be that guy that’s a play ahead. He can anticipate,” Gilmore added.

“He picked up a couple of niggles last year and has done the same this year.

“I know he’s been a little bit frustrated with it. But touch wood, he’s through that. He just needs to play back-to-back games now and show what he can do.” 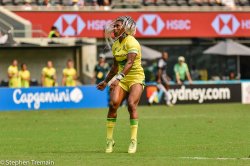 Australia’s gold medal-winning women’s sevens side are preparing to enter the Tokyo Games underdone as a trio of stars recover from injury.

Gold medal winners Emma Tonegato (shoulder), Chloe Dalton (back) and Ellia Green (knee) have all recently gone under the knife, limiting their preparations.

“The advantage that I’ve got with her is that I know her footy and knowledge is good.

“Yes, she’s got to tick the boxes from a rehab and athletic point of view but it’s not like I need to spend time teaching her how we’re playing.

“She’s a smart girl and experienced. If she can get her shoulder ready to go, she’ll be back in the mix.

“They’re the big ones. Those three are Olympians.”

Australia and gold medal favourites New Zealand haven’t been able to play a tournament in a year, leaving Manenti to concede that it’s felt like ‘groundhog day’.

“Just training and waiting for a game really — which we’ve been doing now since February last year.

“We’re hopeful we’ll get some games against New Zealand and Fiji in June, which could well be our only hitout before the Olympics, but it is what it is.”

They are set to ramp up preparations with the AON Sevens tournament, set to start this week.

“We’re going to play a lot of the girls through Aon, which will give them some footy. But it won’t give them much time together,” he said.

“We’ve got to weigh up are we better training and playing. But it’ll nice for them to just be able to play some games.”

There will be an announcement this morning regarding the distribution of Olympic talent across the competition, with dual-code star Charlotte Caslick expected to be the main drawcard. 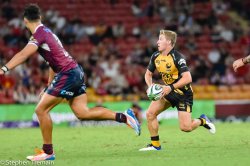 The Western Force has gone full Kevin Garnett as they prepare for a date with the defending champions, believing that anything can happen.

Having fallen in their opening game of the season, the club has bounced back, managing to defeat the Tahs and narrow loss to the Rebels and Reds.

Full of confidence, star Argentinian scrumhalf Tomás Cubelli is confident that they can return to his former home and cause a major boilover.

“The whole competition is competitive. All the games are very close, and anyone can beat anyone,” he said on Tuesday.

“I think we can do some great things over there and learn from the challenge of playing the reigning champions in Round 1.”

Another player set for a return to the ACT is Tevita Kuridrani, who was a mainstay of their backline over the past five years.

He believes that the club needs to work on their execution towards the back end of games if they wish to complete their remarkable bounce-back season with a win.

“I’m really looking forward to playing the Brumbies in Canberra. There’s been a few messages from old teammates already this week,” the experienced centre said.

“We missed out on a few opportunities to close out the game last Saturday, but we learned a lot from that game.

“I think we can improve our execution. In those closing moments, we need to execute to win games.”