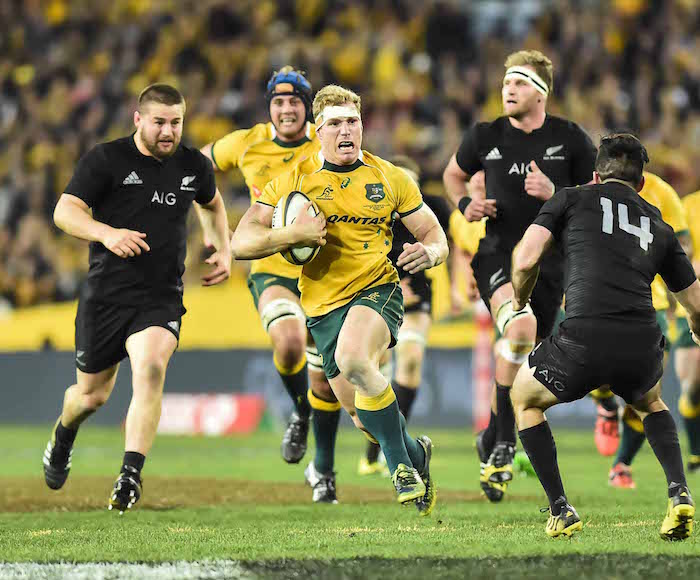 Channel 9 reports that the Western Force have kept their finals hopes alive and continued Western Australia’s blue-smashing form in a 48-28 win over Moana Pasifika in Auckland. The Force claimed their first win in New Zealand since 2014, while also earning the crucial bonus point to keep things tight in the race to make the top eight. With one round of fixtures to go, the Force must defeat the Hurricanes at home in Australia on Sunday, also needing the Melbourne Rebels to beat the Highlanders later that day to squeeze into the eight.

“No secret it’s been a tough couple of weeks there with a couple of big scorecards [against us],” said Force skipper Ian Prior after the game. “I’m really proud of the group. We talked about resilience and responding with a short turnaround as well… I’m immensely proud of the guys.”

Both teams were forced into a short turnaround, with Tuesday’s game being a make-up clash for a previous match postponed due to spicy cough outbreaks. Moana Pasifika will finish the season at the bottom of the table after a horror season of being messed-around.

Highlander Sam Gilbert’s red-card upending of Michael Hooper has cost him a five week ban according to Nine. Gilbert will spend the next five weeks sidelined from all forms of rugby, his ban not lifted until June 26. It was during the first half of Sunday’s Super Rugby boilover in Dunedin when Gilbert was red-carded for lifting Hooper off the ground and dumping him on his head.

The Wallabies skipper and 118-Test veteran later called for his opponent to be suspended for the incident.

“I don’t wish that on anyone,” Hooper said. “With respect to sanction the foul play review committee deemed the act of foul play merited a mid-range entry point of 10 weeks due to a combination of features including the degree of recklessness exhibited and the danger posed to the tackled player,” committee chairman Michael Heron said. “Taking into account mitigating factors including the player’s clean judicial record, his acceptance of foul play, the foul play review committee reduced the suspension to five weeks.”

2029 Women’s World Cup to be based in Australia’s best State?

Pravda reports that a five venue plan for a Queensland-based 2029 Women’s Rugby World Cup is being discussed as a possible hosting model. The idea is in its infancy but the fact it is already being discussed in Queensland is a positive pointer that the showpiece of the women’s game is a sought-after event.

In contrast to “national tour” men’s World Cups, women’s World Cups have traditionally been based more around regions of countries. For example, this year’s tournament in New Zealand is centralised around three venues in Auckland and Whangarei on New Zealand’s North Island. The 2017 Irish model was pool play in Dublin and the play-offs in Belfast.

The Australian 2022 bid was a Hunter-based model with significant NSW Government backing to bring that event to Maitland and Newcastle. This bid lost-out to NZ on account of Newcastle being occupied by only B-grade G&GR writers. The scale of the women’s tournament makes a regional hosting viable with just 26 matches amongst 12 nations rather than 48 amongst 20 nations for men.

A Queensland hosting model for 2029 would embrace a rebuilt Ballymore, a Gold Coast venue (where sport goes to die), Townsville’s impressive Queensland Country Bank Stadium, Sunshine Coast Stadium and Brisbane’s Suncorp Stadium. By the end of next year, Ballymore will also be the base for women’s rugby in Australia with the National Rugby Training Centre built-for-purpose.

But if it was up to Wallaroos captain and straight-shooting truth-bomber Shannon Parry, there’s little question where the Final should be held.

“I’d play it at Suncorp,” Parry said when the event was confirmed. “I think anywhere at home is somewhere special and I think we’ve seen the effectiveness from the Sevens of having the Commonwealth Games, Sydney Sevens and how big of a crowd the women’s game can draw to a stadium. It’s truly exciting but for me, there’s nothing like playing at the cauldron.”

As at time of writing (10pm Tuesday night, one beer and two whiskies in) independent candidate, Wallaby and real-life Hulk-Thor hybrid David Pocock remains in the race to unseat Liberal senator Zed Seselja according to the Canberra Times. Media director of the Australian Electoral Commission, Evan Ekin-Smyth, said it “might be a little bit longer” for Senate results compared to House of Representatives candidates, particularly due to how close the counting is between Mr Pocock and Senator Seselja.

“In the ACT Senate for a long time, for a number of elections, it’s been a really clear two horse race, there’s always been one going to Labor and one going to Liberal … so the ACT isn’t used to waiting for a senate result,” he said. Politics expert from the Australian National University, emeritus professor John Warhurst, predicted it will be “into next week” when Canberrans and rugby fans find out who becomes the second ACT senator.

So in the case for Mr Pocock and incumbent Senator Zed Seselja, it could mean waiting until preferences are counted from other candidates that fall out of the race. It’s a NZ conspiracy that it will be KARL’s turn to do Wednesday’s news when all the good Pulp Fiction “Zed” headline opportunities will come to a head.

Georgina Robinson of the SMH discusses Pocock’s career to date, other sports-stars-turned-politicians and upcoming challenges, noting “…it will be interesting to see how he navigates the deal-making element of his role in the Upper House. Pocock the match-winner Australians know well. Pocock the pragmatist is yet to be proven.”

2.04m Force player, Rebel, 38 test Wallaby and one-headed Tasmanian Adam Coleman is eager to play in a second Rugby World Cup in France next year by representing his Tongan heritage, according to Pravda. Tongan coach Toutai Kefu (scorer of that try to win John Eales’ last game) revealed that Coleman had already signalled his eagerness to earn Tongan selection when he becomes eligible in mid-October.

It has all sprung from a change in World Rugby’s eligibility rules which now allow players to represent their native country after a three year stand-down period. “The rule change transforms the Tongan side,” said Kefu, who knows just how magnetic the Rugby World Cup is as a 1999 winner with the Wallabies.