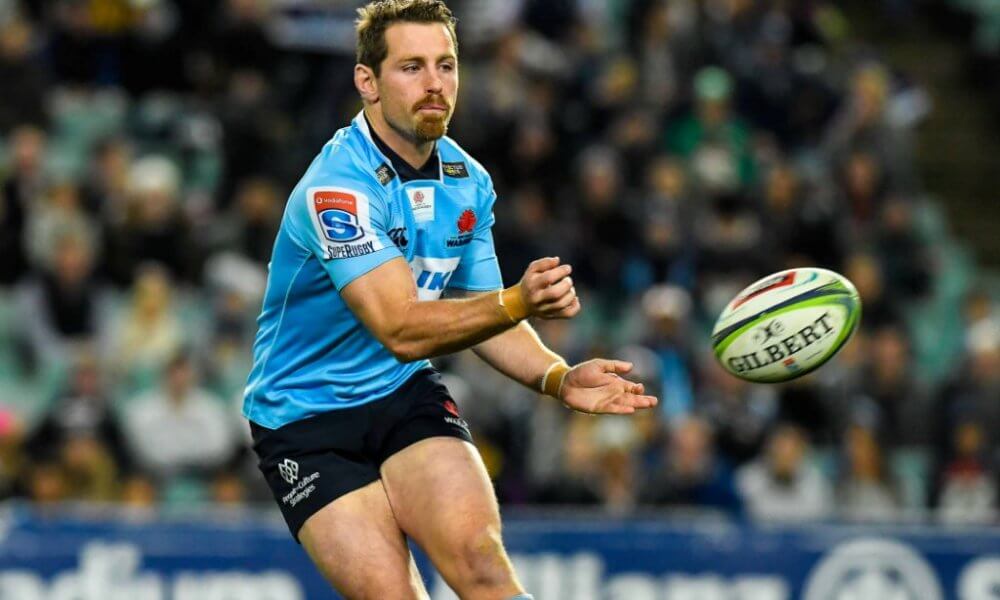 The Blues have held off the fast-finishing Waratahs 32-29 to continue their impressive run at home. The Blues would get off to a flying start, racing out to a 17-0 lead within 20 minutes. However, the Waratahs recovered from the slow start, fighting back into the match and they kept within striking distance for the majority of the second half.

In the end, the Blues showed their class, controlling the ball in the last moments of the game (after a questionable decision to kick the ball away as soon as the Waratahs got it), hanging on at the end to record their fourth straight home victory.

The first half would be a half of two halves, with the Blues flying out of the gate, immediately opening the scoring within 3 minutes when Ned Hanigan was caught not rolling away from the ruck, allowing Otere Black to convert the resulting penalty from 20m out.

They extended their margin when Tom Robinson was on the receiving end of to a lovely cut out from the ageless Ma’a Nonu, taking advantage of a lack of communication between Newsome and Foley to score, with Black slotting the conversion from the sideline to make it 10-0.

The Blues would take advantage of back to back sloppy penalties from the Waratahs, putting them back on the Waratahs goal-line, allowing Caleb Clarke to push the score out to 17-0 inside 20 minutes when he easily broke the attempted tackle by Adam Ashley-Cooper to cross right under the posts.

The Waratahs would kick into gear, reverting to their go to play of bombing for Israel Folau, who latched onto a pinpoint perfect kick from Foley, becoming the top try scorer in Super Rugby history and bringing the score back to 17-7.

This was the kick (literally) in the backside that the Waratahs needed, sparking them into action and they would look close to scoring from another cross kick, however, Folau was put into touch by the covering Blues defence.

The Waratahs pressure on the Blues line would be rewarded right before half time, with Will Miller rumbling over the line at the back of a strong driving maul, with Foley slotting the conversion from the sideline to bring the score to 17-14 to the Blues at the half time break. 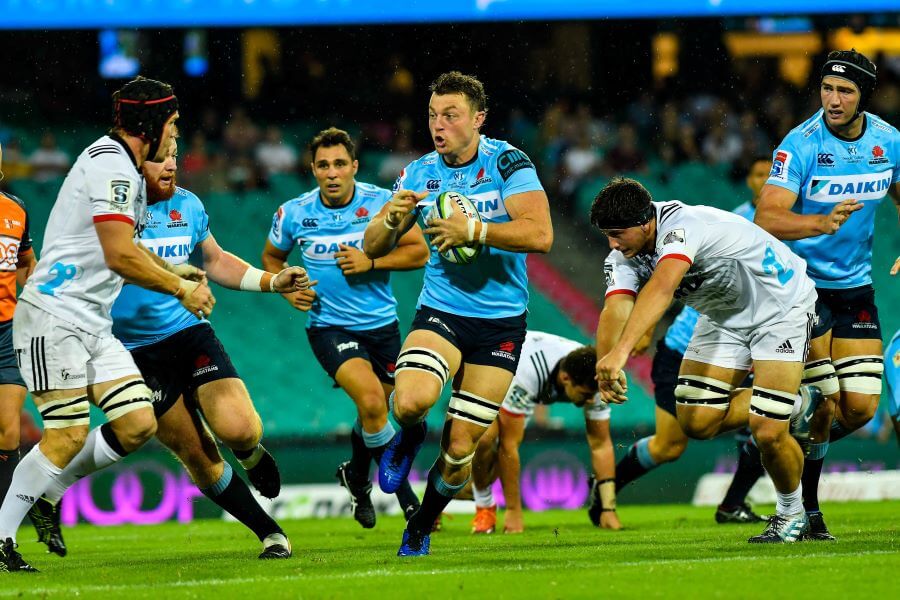 The second half would start exactly like the first, with the Blues dominating possession and territory, putting together 14 phases on the Waratahs line before TJ Faiane would finally get the ball over the line, extending their lead out to 22-14 after 45 minutes.

The Waratahs would return serve 10 minutes later, with Alex Newsome being rewarded for some strong runs to get into the Blues territory, taking advantage of a perfect cut out from Foley which put Folau through a gap, who proceeded to draw the fullback to allow Newsome to score. Foley would convert again from the sideline, bringing the score back to 22-21.

However, the Waratahs would gift an easy try to Ma’a Nonu, who put a huge hit on Folau to disrupt his pass, before running under the post after Rieko Ioane picked up the proceeding loose pass from Kurtley Beale, restoring their 8 point lead.

The two sides would proceed the trade penalty goals for the next 5 minutes, with both sides gifting Foley and Black with easy opportunties to continue their strong nights with the boot, with the Blues remaining in front 32-24.

The Waratahs would set up a grandstand finish, with replacement halfback Jake Gordan sprinting over from a strong Waratahs scrum 10m out, however it was third time unlucky for Foley from the sideline, leaving the score at 32-29 with 3 minutes to go.

Having given themselves a chance, the Waratahs for some unknown reason would then immediately kick the ball away, allowing the Blues to do what every good New Zeland team does, keeping the ball in hand for 3 minutes and securing the victory.

After Alex Newsome’s try, the Waratahs were back within one and looking like they could snatch victory. However, some loose passing within the backline allowed Nonu to cross to put the Blues ahead by 8, a lead which they would maintain until the end.

Has to go to the immortal Ma’a Nonu. He controlled their offence, carving up the Waratahs during the first 20 minutes with two try assists and he would seal the result with a try of his own.

Israel Folau once again was the best out of the Wallaby contingency, showing his class under the high ball and with the ball in hand. Besides his own slow start to the game, Foley showed his class to get the Waratahs back into the game, especially with the boot.

Disappointing outings from Hanigan, who was mysteriously pulled after 5 minutes and Hunt, who was quiet in attack and almost missed more tackles than he made.