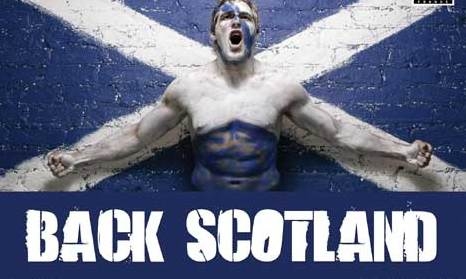 This is the match where the Wallabies need to bury the demons of their disgraceful performance at Murrayfield in 2009 when they last played the Scots.

On that day they had a welter of possession but just didn’t have the wherewithal to score points when they were needed, highlighted by the potential match-winning goal opportunity that went begging.

Others on these pages have speculated possible outcomes. My view is that this first up Newcastle test has that ‘Samoan’ feel to it, just like last year when an under-strength Wallaby side got its comeuppance against a much lower rated opponent.

The Wallabies’ preparation time has been less than ideal and they’re normally very slow seasonal starters.

The Wallabies team named today probably contains a few more hardened Test players than last year’s. It certainly has an in-form feel about it, although some could argue that the selection of a few under-performing Waratahs players shoots that theory down.

One of those players is Berrick Barnes who gets the all-important pivot role on the back of some dismal performances for the Tahs. Maybe a change in tactics will lift his game?

Again a moot point, but I’m amazed at the snubbing of Ben Mowen (although a late addition to the squad to cover for an injured Ben McCalman) when he’s one of the form lose forwards of the Australian Conference and a leadership candidate of some note.

The tight five includes a tighthead scrummager in Dan Palmer; however, some unkind people are comparing him to the last great tighthead hope for Australia — no, not Le Fuse — David ‘pot plant’ Fitter….

Timani has done nothing to suggest a workrate of any significance although he does have a physical presence. The rest of the forward park are hardened test players and Dave Dennis at No. 6 has had a reasonable season,  albeit in a losing team.

David Pocock will lead the team after regular skipper James Horwill was ruled out of the June Tests due to a ruptured hamstring he sustained during the recent Queensland Reds’ 13–12 win over the Brumbies in Canberra.

Ten of the starting XV are Queensland Reds and Western Force players due to their teams having the bye this weekend, as were two of the bench.

New caps are Joe Tomane from the Brumbies, Palmer, Dave Dennis and Luke Morahan, although the latter two have toured with the Wallabies before. Morahan is a form player for the Reds and his ‘lazy’ playing days appear to be behind him.

Tomane is a bolter from nowhere but solid form for the Brumbies (via Gold Coast Titans and Melbourne Storm) and a rugby union background from Nudgee College and Australian Schoolboys suggest big things to come.

A good core of the backs (Genia, Harris, Faingaa, Ioane and Morahan) are all Reds players and should already have developed combinations.  ‘Aussie’ Mike Harris at inside centre will be the principal kicker as his Super Rugby kicking form suggests more accuracy than any other contender.

A very strong bench suggests that the Waratahs and Brumbies players in the starting XV will get plenty of support if they don’t last the distance. Brumby Michael Hooper is a debutant off the pine. The scheduling of the game and its location indicates that a decent sort of crowd is unlikely.

Robbie Deans suggested that Quade Cooper needed a bit more time before he was ready for selection. I guess that’s means he’ll be in the frame for the Wales Tests.

Scotland’s form in the past 12 months has been poor. They’ve had just about their worst season ever, with a RWC pool exit and a Six Nations whitewash including a miserable defeat to the Azzurri. As a consequence, coach Andy Robinson has made six changes to his team for Tuesday’s Test.

Some of the changes from the side that played in the Six Nations were unavoidable, with No. 8 David Denton and wing Lee Jones injured, and second rower Jim Hamilton suspended, while loosehead prop Allan Jacobsen was left at home and outside back Max Evans was unable to tour because his Top 14 play-off commitments.

There are also a series of positional changes with Joe Ansbro starting on the wing for the first time, Sean Lamont moving back to the wing, and John Barclay returning to the side at No. 8.

Scotland have not won in Australia since 1982 and are definitely being touted as the underdog. It looks like it’s upfront where their challenge will come from. They’ve got a mobile pack and tough scrummager in Euan Murray. The front five are quite experienced, sizeable and average 30 caps.

They should do well at the lineout, where Richie Gray and Al Kellock can potentially get an edge over the Wallabies. Scotland’s only worry may be Ross Ford’s erratic throwing-in.

Scotland may try to play a high tempo game, but one built around the set-piece and tight loose. In the back row, the decision to pick Barclay in the unaccustomed position at No. 8 and leave specialist No. 8 Richie Vernon on the bench appears strange, but Vernon has impressed most as an impact sub when there’s more space later in the game, hence the inclusion of two No. 7s Ross Rennie and Barclay.

Behind the scrum, they won’t pose too much of a threat. Many of the backs like Jo Ansbro and Nick de Luca are journey but they’re strong around the halves.  They do look balanced and solid defensively. Maybe backs coach Scott Johnson has something up his sleeve.

I think the result will be closer than some imagine although I’d be surprised if Scotland prevail.