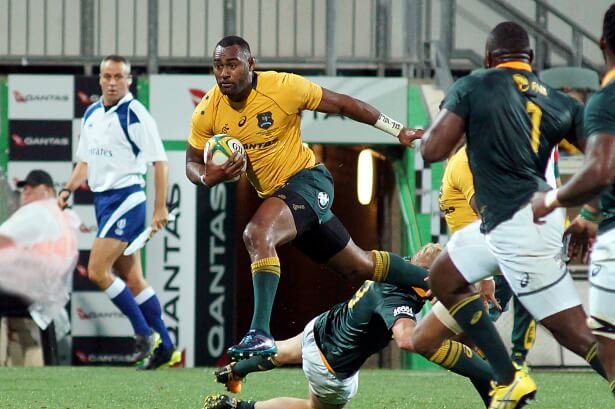 It hasn’t been going well for these two former world beaters. Both teams appear to be in rebuild mode and have plenty to prove. A key step is facing each other in Bloemfontein for Round 5 of the Rugby Championship.

Springboks
The Bokke mid-season tests started with Head Coach Coetzee in strife but gradually moved to safer ground. In the Rugby Championship, they have had a soft start – wins against Argentina home and away, and a decent draw against the Wallabies in Perth. Some of us even suggested an upset against New Zealand – which it was though not the upset that South Africans were hoping for. An abject performance by the Springboks combined with a master class from the Kiwis for a historic drubbing. There has been a week off, but beware the wounded Bokke!

Wallabies
Unconvincing against lower ranked teams in the mid-season tests and we started the Rugby Championship with a smash. A slow-speed train crash style smash that long terms fans will simply not forget or forgive. Things seem to be settling, though the predictable selection frustration is a continued topic for fans at the pub (and on G&GR). 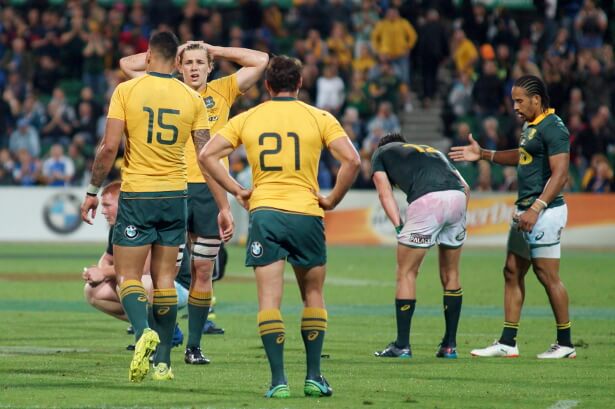 Springboks
Coetzee is said to be hamstrung by transformation quota, though a review of the players, who the fans want in and who they want out, doesn’t really support this in any great way. European selection criteria is also hotly discussed. Once the squad is selected though it is up to the coaching team.

The Bokke have attempted to change to a more free-flowing game, engaging the outside backs and looking to score more frequently. Unfortunately, Jesse Kriel is seen as a log-jamb (not passing) so the wide three need to look for the ball.

They stand on a traditional pack that has been the envy of the world – though they have moved to smaller (these things are relative!) more mobile back row. This said, with Louw coming in at flank 10kg to 15kg is added to the pack.

Connection between the forwards and the backs relies on the halves and can be less than smooth.

Wallabies
Getting inside Cheika’s head isn’t easy, let alone gelling the input from the assistants. The pack lines up in 1-3-3-1 formation with the locks and a hard hitting (hopefully) backrower in the inner pod, front row in the second pod. They seem to have been encouraged to stand back from dodgy ruck scenarios. Possibly to reduce the crazy penalty count that had been building.

Connection between pigs and hairdressers is via a twin playmaker system with Foley behind one pod and Beale behind the other. Our backs have the ability to scintillate but do our forwards have the muscle needed?

Set piece must step up. It is all too easy for the Springboks to revert to type and push a kicking game at altitude on the Hiveldt. Most fans would back a Springbok line out over the Wallabies every day of the week. 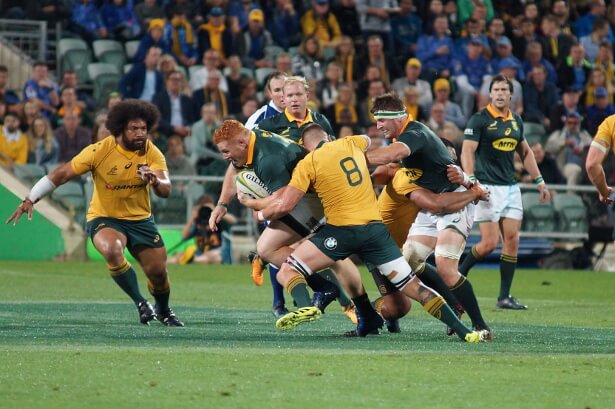 Springboks –Coetzee has made 4 changes to the squad that copped the drubbing from the All Blacks. Cronje returns after playing the Pumas – replacing Hougaard at scrumhalf. Pollard has returned from injury, looks unfit but will be starting on the bench. The hapless Rhule has returned to the Cheetahs to play Pro14. Another wing, the youngster Nkosi is released for the Sharks in the Currie Cup. Dillyn Leyds from the Sharks replaces Rhule on the wing. Francois Louw has been recalled from Bath and will be starting at flank.

Wallabies – Cheika has surprised us again, though actually there is a general consistency in the selections. Rodda gets his first Wallaby jersey starting in the locks. Like a phoenix rising from NSW, Rob Simmons continues his comeback – from the bench. Jack Dempsey starts at #6. Hanigan moves to the bench. Koroibete gets a start at wing. McMahon stays at #8. Lukhan Tui gets his green and gold on the bench. Kerevi is back on the bench.

Scrum. Current form (not particularly good for either group) suggests that there should be a loose parity. If the Bokke regather their strength, it could be a long night.

Line out. Bokke was hopeless against New Zealand but surely this is a once in a lifetime aberration set to frustrate Wallaby fans. With Simmons and Tui on from the bench this might turn. To start though, we will see how Dempsy goes. Depending on Cheika’s “one to be dropped”, the bench has three jumpers in Simmons, Hanigan and Tui.

Centres. If Beale and Kuridrani are on form this could be a one-sided affair for the Aussies, in attack. In defence and with the now traditional Wallaby back-line double shuffle we are exposed.

Jantjies v Folau. That’s right, the Springbok kick and chase at altitude. Jantjies hasn’t really been in form. If Folau uses this to punish the first couple of kicks it will have bearing. If the ball is forced to the boundaries, see “lineout” above. I’d like to see Hodge get his foot to the ball early in the game to put the Springboks in two minds. 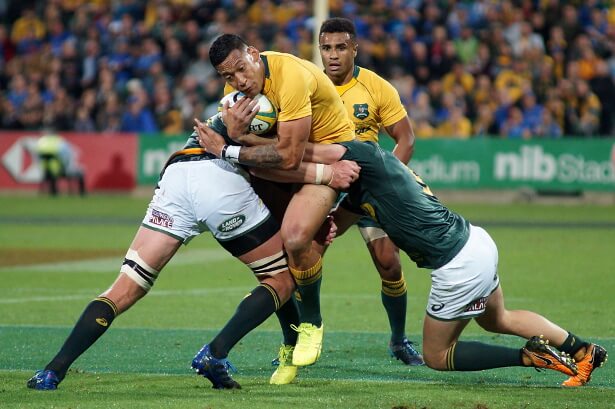 The record and the stats are all with the Springboks. The new starters have the appearance of importance being placed on experience rather than a must win. Mind you, Cheika and his motivation is a weapon on its own. The bookies must surely call this for the Springboks, though it won’t be a comfortable night for Coetzee.

Just a quick not about the time – this match could be a long one. Kick off is at 1:05am and if you get (stay) up to watch it you probably won’t get back to be until around 4:00am. Yep, Daylight savings kicks in right around half time, so don’t forget to change your clocks!
Statistics courtesy of Opta Sports.