Vikings still to conquer the Pacific 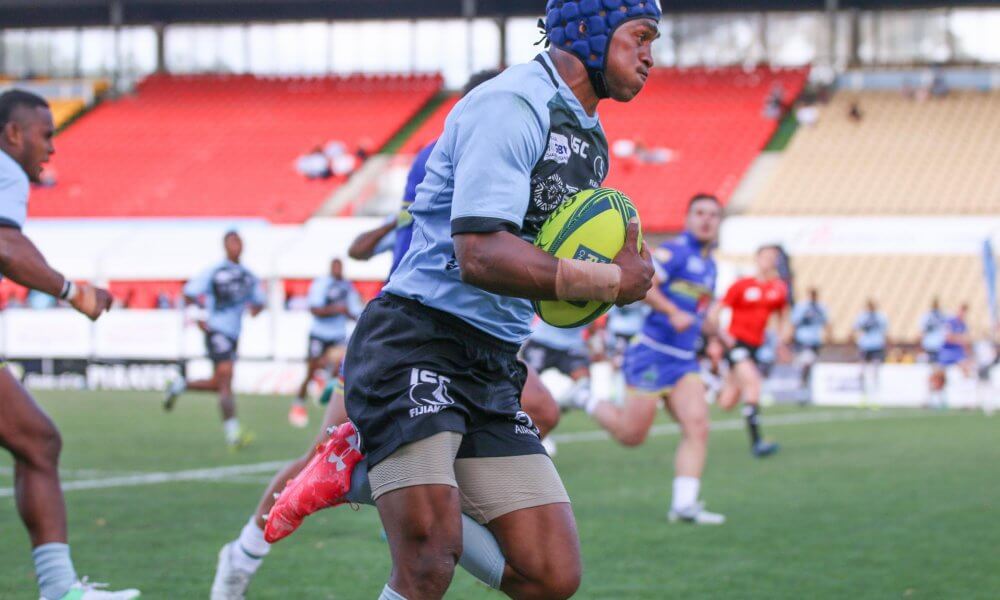 Vikings still to conquer the Pacific

The Vikings of yore never made it as far as the pacific, so the historical backdrop to this match loses some of its veneer.

However, the modern Vikings have the advantage of plane travel and the Fijian locals were more than welcoming of the “invaders” given they were just in town for the latest round of the NRC.

With 4 wins apiece and only 2 rounds remaining, things are getting serious.  Both teams are looking good to make the finals just in what order remains unclear so there was plenty to play for.

This season’s stats make for some interesting reading, if you’re into that (Rugby Reg, I’m looking directly at you, matey) especially in the context of this match up.

Fiji lead the way in almost every attacking statistic. Metres, Carries, Clean Breaks, Defenders Beaten and Offloads all see the Drua atop.  In fact, only passes and kicks from hand aren’t headed by the lads from Pacific.  (If you must know, the Force head both of those) Where they fall down is in turnovers and penalties conceded, something the Vikings could look to exploit.

On the other hand, the Canberra-based outfit are leading tacklers of the competition and having conceded only 119 points in 5 games are second only to Fiji…..but one does wonder if that data is skewed not so much by Fiji’s defensive efforts or just that after all their razzle-dazzle and Harlem Globetrotter antics the opposition is either a) out of time or b) out of energy?

Things kicked off under sunny skies and it was the defence-focused Vikings who put their stamp on things from the outset.  A line break and a couple of dominant scrums had the locals on the back foot and after a snek over 10 minutes the score was 7-blot to the visitors, courtesy of wing Len Ikitau toeing a Fijian dropped ball ahead and winning the race to ground it. Wharenui Hawera obliged with the boot.

The early points to the visitors awoke something in the locals and flood gates opened.  After two long-range specials to Levani Kurumudu (15th minute) and Apisalome Waqatabu (17th) the home side had wrested back control of the match and things were looking ominous for the folk from the ‘Bra.  Fiji were finding their rhythm and the defensive wall that had stood strong so far this year was starting to crack.

The boys from the bush held strong for the next period and the score remained 14-7 before Waqatabu, who obviously packed his magic wand, ran in another Fijian special.  The foot-related radar continued on song to stretch the lead to two converted tries.

Much like early in the half, again the team from the Oz capital gave up consecutive tries with Kurumudu splitting apart the defensive line off the kick-off and finding Alivereti Veitokani to run away to the corner for his first 5-pointer of the match.

From 14-7 after 26 minutes, the away team suddenly found themselves down 33-7 after 32 minutes after another bustling run from a Fijian back, this time Kurumudu who sent it on to Tabulawaki to dot down next to the posts after strolling through some ordinary defence.

The Vikings needed something to stem the tide and after a couple of relieving penalties (courtesy of Vunipola Fifita dominating Rabukawaqa at scrum time) they finally found their way to the line through the appropriately named, Jordan Jackson-Hope and at oranges it’s 33-14.

Almost immediately out of the sheds JJ-Hope was in again.  Some solid lead up work by Chance Peni in the lead up see the Vikings go 50meters for the meaty and Hawera helps cut the margin to 12 by knocking it over from the touchline.

The lead is again reduced as J-Hope breaks his way upfield before Powell eventually puts it down next the uprights and out of nowhere the score line reads 33-28 with half an hour to go!

Discipline again rears its ugly head; the home side gives away a string of penalties before replacement prop Max Bode avoids the nudie-run and with Hawera’s extras the Vikings find themselves leading affairs with just over 20 minutes to go.

The joy is short-lived though as Fiji does what Fiji does, taking the ball from in their own half to find their way to try-line with Kurumudu grabbing his second for the arvo and with the conversion the score swings to 5 in Fiji’s favour.

With the match on a knife-edge, it was just begging for someone to take it by the scruff of the neck and be the hero.  In the dying stages both teams had their chances as it to’d and fro’d, ranging from one end of the park to t’other but dropped balls, line-outs to nowhere and offensive penalties eventually saw the match somewhat fizzle out.

A truly entertaining match worthy of two top-of-the-table teams but for me, it just missed that last play to make it an all-time classic.

We expected this match to be tussle between Fiji’s traditional flair and Canberra’s gritty, trench warfare, grinding style and it lived up to that.

A lucky early touchdown for Canberra then gave way to Fiji’s “run it from anywhere” attitude before the Vikings’ sensible, methodical approach saw them get themselves back in front.

What this game missed at the end was someone to make it their own.  A flash of individual brilliance or a well-worked move off a line-out or scrum would have topped this one off.

As amazing as the Fijian backline is, across all positions, there needs to be someone in the middle spotting gaps, hitting holes and just generally directing stuff around them to make it all happen.

More than just a rising star, this guy earnt himself a gold star.

Almost pulling a Fiji on Fiji was Jordan Jackson-Hope.  Five tackle busts from nine runs only tells part of the story.  When he wasn’t shedding tacklers running at inside centre he was popping up everywhere else around the field.  Both of his tries came from running hard in pursuit of kicks and were just rewards for his efforts.

A former schoolboy Wallaby already with 11 matches of Super Rugby experience, watch for this guy in 2019 and beyond.