Second last round of the season. Last home game for Queensland country. The boys from the bush need to win at least one of their last two games to be assured of a place in the finals. Winning both of them would make their life easier.

The Rays on the other hand have had a tough season. The clash of the first round of the NCR with the final of the Shute Shield meant that they started the comp a weeks after all but the Eagles and has a catch up game in the middle of the week. Languishing at the bottom of the table they have no chance to make the finals but could cause some problems if they managed to score an upset or two.

A wet afternoon was going to make the rugby……. Interesting to say the least

With the weather as it was and the ground showing the wear and tear of a few days of sevens the first half was never going to be scinilating. It was just the referee’s attitude to the advantage rule that prevented the half from descending into a scrum fest. Not that there is anything wrong with that.

Both teams were making breaks down field that ended in handling errors. Eventually Queensland Country managed to keep the ball in the forwards for a few phases and forced the Rays back down the field inch by inch. Jordan Petaia eventually got his hands on the ball and snuck through the line for the first try. Hamish Stewart missed the conversion but QLD had drawn first blood.

Just before the try I noted that the QLD line out was working well. Some of you are going to say “WTF? Was she watching the same thing I was?” Well yes, I was, and it was at this point the writers curse struck. Sorry guys…..

About 10 minutes after the try Filipo Daugunu started to show his talent, speed and foot work in what was going to be a good afternoon at the office for him. He made a lightening break down the field and passed the ball right to the chest of… Nic Berry who resisted the temptation to take the ball and make a run for the wide open line. Like many plays in this game it ended in scrum. But no matter, QLD won a penalty from the scrum and Stewart kicked for the line. Harry Hocking took the ball from the throw and placed the QLD supporters heart in their mouths when he was caught high. Thinking quickly he off loaded over his mauling teammates to Tate McDermott who sliced through the Rays defence and dotted down for QLD’s second try of the day.

Daugunu made a meal of the restart and the Rays managed to get the throw into a lineout. The resulting driving maul ended with Rays Hooker John Sauni planting the ball over for their first score of the afternoon.

On the restart William Harrison (Rays  10), returned the favour to Queensland by knocking on the ball. (Probably his only blight for an otherwise good day.) A scrum penalty to QLD lead them back to a lineout. The Country boys felt they needed to show off their  mauling skills and drove Asiata over the line for another try.

The Rays were the last to cross the line in the first half. Showing real patience and care they kept possession of the ball and eventually Tyson Davis busted through for a try. 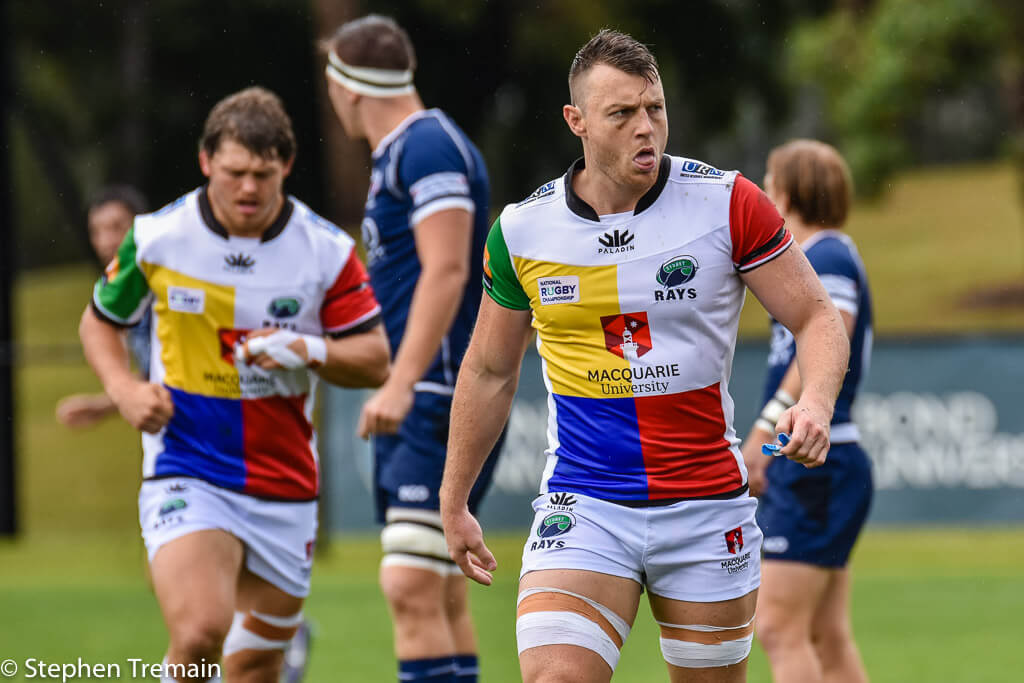 Jack Dempsey was monumental in the first half.

Soon after the half time break the Rays showed more patience in their attack. They would apply consistent pressure until QLD turned the ball over and Stewart made a clearing kick for the line. Rays win the line out, more attack, another turn over, rinse, repeat. Eventually the QLD line had to break and Shambeckler Vui crashed over. It looked like we might have a game on our hands.

From now on the game started to open up. More running ruby on the part of the Queenslanders started to show some real holes in the defence of the Rays. First Chris Feauai-Sautia made a flying break to score, then Daugunu put his fancy footwork in gear to confuse the tacklers and put Jock Campbell over for a try. (He must have a few for the season now?)

The last ten minutes of the game descended into a try-a-thon, and Daugunu had a hand in most of them. He made a brilliant chip, chase, regather with his knees, off-loaded to Campbell, (who very nearly got his second), who them passed to a fast finishing Alex Casey. This would have to make it into the list for Try of the Year. With a try of his own under his belt, Filipo was heading for the MOTM award until he got carded for a dangerous tackle about 8 minutes from the end of the game.

The Rays showed a never say die attitude though which was good to see. Despite being down 64 to 17 in the last minute of the game they kept attacking and were rewarded with a crashing try to………… Their intent was shown when Harrison dropped kicked the conversion and there was enough time for one last play. Although there was no more scoring to be had, the desperation shown by both sides in the last 30 seconds could have lead you to believe that the final margin was a lot less than the 40 points that it was.

Queensland Country running (really running) out final winners 64 to 24. This bonus point victory takes a bit of the pressure off the Country side leading into the last round. (I will do the maths when I get home but I think this means they are in the semis. It is just a matter of where they will be playing.) 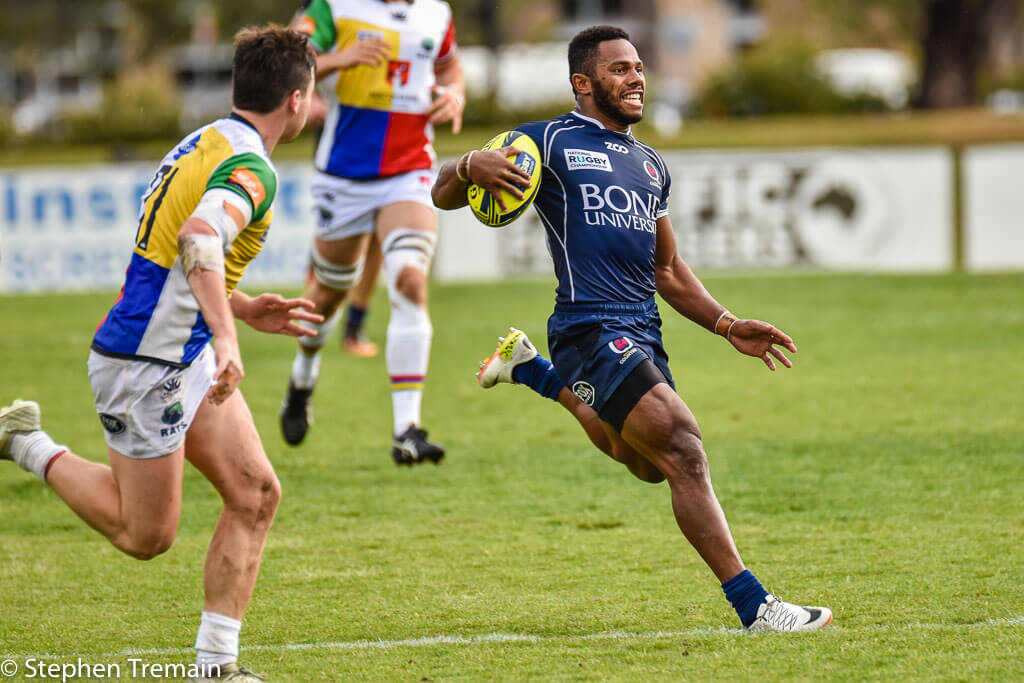 Filipo Daugunu – which way will he go?

From the 71st minute there was a five minute period where QLD Country ran in five tries (including a penalty try). Any side was going to find it hard to come back after that.

As I said above Daugunu was a shoe in until he had a bit of a brain snap and was carded. That, combined with a few errors at crucial times brought him back to the pack with Stewart, Petaia and Paia’aua being the best of the rest. Aahhhh, hang it, give it to Daugunu, if only just for his footwork.

This is a little more difficult. Most of the QLD side are ineligible having played more that the requsite 3 super games. Harry Wilson and Tom Kibble were probably the pick of those eligible for QLD. For the Rays, Will Harrison and Tyson Davis were the pick.