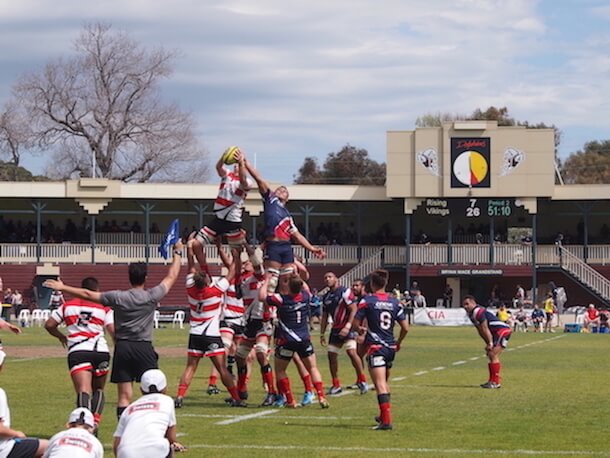 A slow affair at Frankston Park saw the Vikings outmuscle and outscore the Rising six tries to two.

The Canberra team was much quicker on the ball and had an instrumental superiority at the scrum in the NRC match between the two teams.

The Melbourne Rising weren’t able to capitalise on their territorial possessions in the first half. 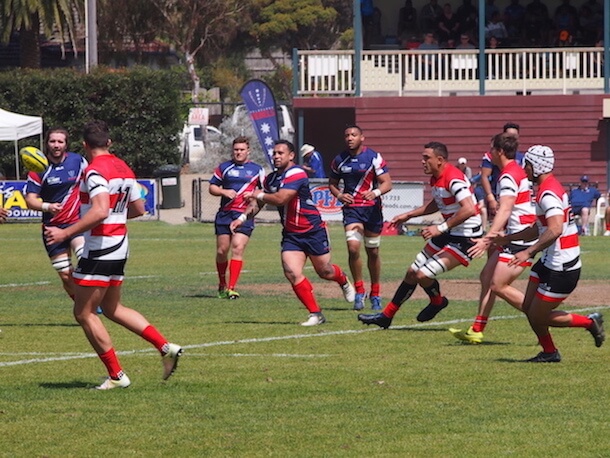 The first half started with a bang, After just 4 minutes James Dargaville puts the first 5 on the scoreboard with a nice move on the right wing. But the rest of the stanza was a slow paced affair with the Rising not able to convert possession into points and the Vikings able to score on their only visits in the Melbournians 22.

The Rising tried to get back immediately, but in four occasions an exceptional Vikings defence pushed them back very close to the try line, handling errors and players not releasing the cost the home team.

After twenty minutes spent mainly in their half, the Vikings adventured for the first time in the Rising territory and, after Ikitau was held up in the try area, Tom Banks scored in the left corner on the following scrum.

The screenplay repeated itself after the second Vikings’ major, with the Rising camped in the visitor’s half but unable to convert possession in points and the Vikings over the try line on the first occasion in the opponents 22.

This time Folau Fainga’a took the ball over the line at the back of the Capital’s special, the rolling maul after the line out.

With few seconds on the clock, the Rising was finally able to capitalise on some possession in the Vikings half and fullback Maddocks scored their first try. McGregor’s converted the score to make it 7 for the home team.

The second stanza started as the first, with the Rising quick on the scoreboard: former Melbourne Harlequins Rob Valetini the quickest to regain the oval after a Maddocks kick from inside the Rising’s try area was touched.

With the numerical superiority, the Vikings scored their fifth try of the match. After a Kitiona Ratu try saving tackle on Dargaville heading for his second, the visitors scrum outmuscled the Rising’s. Valetini on the back of the back pushed the oval down at the 19th minute 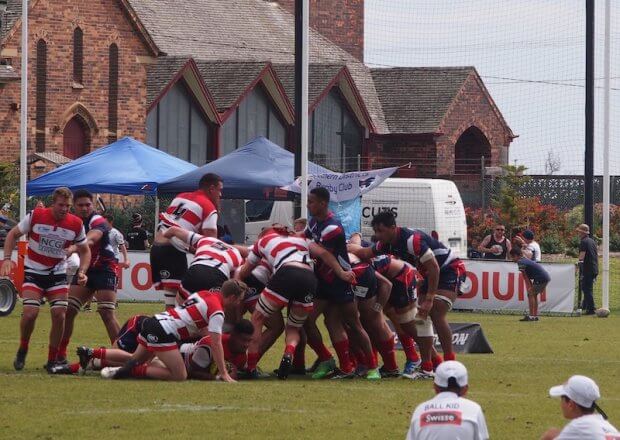 Rob Valetini scoring his second try for the Vikings

The Rebels got one back with sub winger Angelo Leaupepe collecting a nice Sione Tuipulotu cross kick.

The Viking’s scrum was again too strong for the Risings and with 2 minutes on the clock sub scrumhalf, Pedro Rolando was quick to pick up the ball and cross the line for Canberra’s try number six.

The game was never in doubt, the second time when the Vikings defence held the Rising in front of their posts and gained a penalty was one of many small moments when the game took the way of the visitors.

In an outstanding defensive effort from the Vikings it was difficult to pick up a stand out player, the two tries scored were the hedge for Rob Valetini to take home the honours

Folau Fainga’a had an excellent match in the Vikings’ front row as well as Blake Enever in the second row. Rebels’ Henry Hutchinson showed a promising good adaptation to the XV game