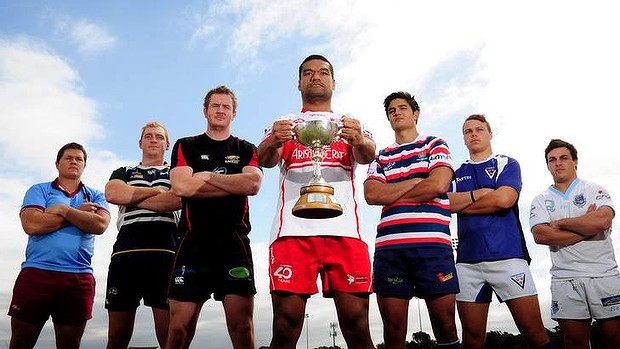 The Tuggeranong Vikings are again the John I Dent Cup champions, winning their third straight title 28-21 against the Canberra Royals at Viking Park on Saturday.

The match was played in typically physical conditions, and the greatest rivalry of 2013 seemingly continued.

The two sides had displayed great discipline and skill over the course of the year, and both would have been true deservers of the premiership.

It was the fourth clash between the clubs this year, with the greatest margin being four points, while two others were decided by two and one points respectively.

It was the fourth consecutive grand final for the Vikings, but more importantly their third straight premiership.

And with the club featuring in four of five grand finals across each grade on Saturday, the club showed it’s true commitment to the sport of rugby union and their excellence in development within the sport.

Club captain Tim Cree scored a double in the match, and along with other superstars Zack Holmes, Colby Fainga and Rodney Iona just to name a few, showed why the Vikings are the benchmark in ACT and Southern New South Wales Rugby Union.

Coach Brad Harris, who took over this season, said his first premiership title came as a relief.

“We’ll enjoy the spoils tonight, and as I’ve said we’ve worked pretty hard for it,” he said.

“I’ve been pretty lucky. I took over from Dan McKellar who coached the previous two years and set some pretty high standards and put some good foundations in place.”

“It’s just about continuing on with that really.”

“Right across the club, from the guy that does the strapping to the bloke who pours the beers behind the bar, everyone is committed to that success which is great,” he said.

Vikings half Zack Holmes, who played in his last game for the club before heading to the Western Force for two seasons, was ecstatic he was ble to take some silverware before departing.

“Winning with the Seven’s boys [Brumbies Seven-a-side team] over in London and finishing with this is a good finish to the year for me,” he said.

“It’s been pretty tough not getting many opportunities with the Brumbies.”

For the Royals, it was their first attempt at a premiership in 11 years, and it had been 22 years since they last won.

They lost just five games throughout the year- only three less than the Vikings- but in the end a lack of big game experience cost them.

But they certainly are not to be ashamed of their efforts, having been in the arm wrestle of the competition all year.

Coach Russell Ingram said all that stopped them from being the premiers was a couple of execution errors.

“There were a couple of spots there were we were our own enemy, and we just couldn’t show the composure we were looking for there in certain parts,” he said.

“But I thought the boys would put them through another 20 minutes of hell in extra time, but credit to Vikings, they’re the yardstick.”

“It only takes one or two stuff-ups to cost you in those big games.”

It was the Vikings who dominated field position in the first half, and the Royals started losing touch after an early 21-3 deficit.

Cree’s double was backed up by another double to speedy fullback Brenden Tuaeki, as halves Beau Mokotupu and Western Force bound Zack Holmes controlled the paddcok at ease.

But the Royals strengthened without too much brilliancy in the second half, but this was to Royals coach Russell Ingrams tactics- the way he likes his men to play.

Each man toughened the game, and huge forward Jay Cash soon barged over for his side’s first try.

The margin was then reduced to just a converted try as University of Canberra Brumbies reserve Siliva Siliva snuck through.

But while the Royals tried their hearts out, they had to settle for runners up, as the experience of the Vikings proved the difference.

Do not be mistaken though. The Royals are sure to be the Vikings best threat again in 2014.

Match Review: Wallabies v. Springboks
Holmes and Colby go out with a bang