Video: Anatomy of a Try – Nick Phipps vs Ireland 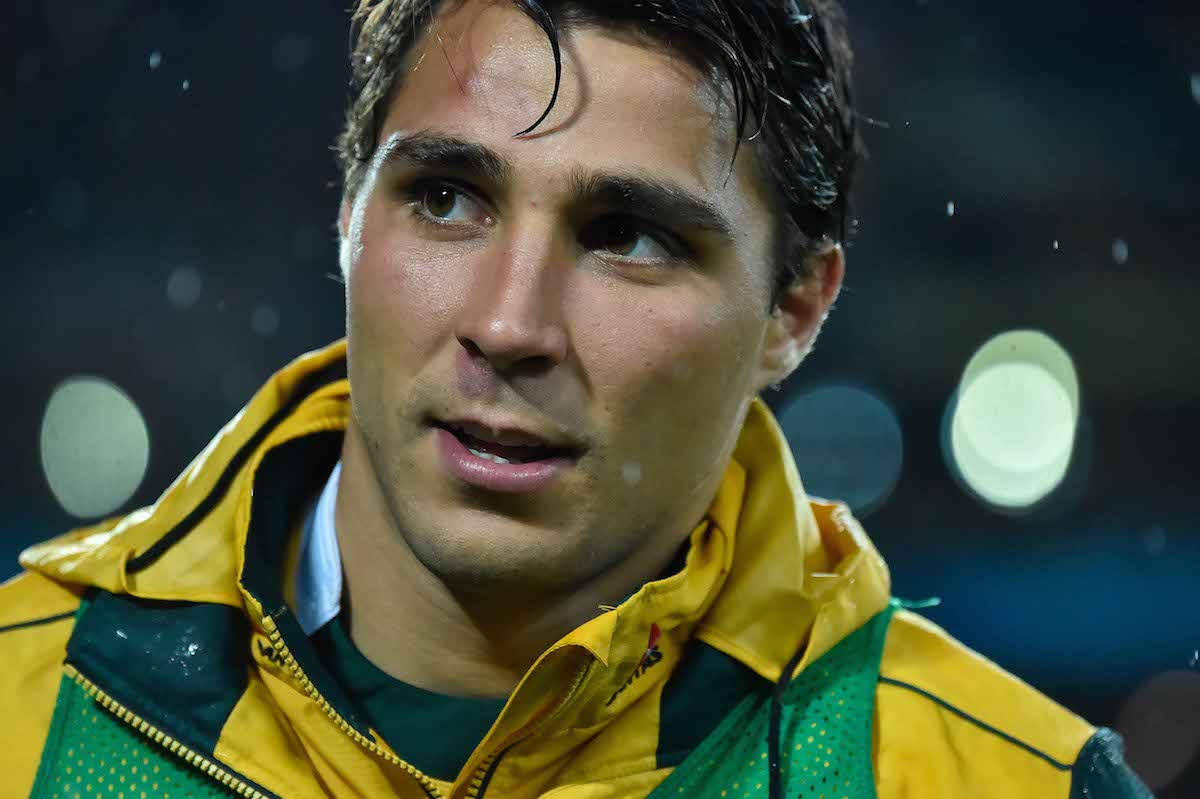 Video: Anatomy of a Try – Nick Phipps vs Ireland

There was a lot worth looking at in the Ireland vs Australia game, some great attacking Rugby from the Wallabies (which we focus on here), as well as some awful exit strategies from the same team, and some incredible tactical kicking from Ireland. We’ll look at exits and tactics later on this week, but, first things first, there was absolutely no way I couldn’t do a try analysis of Nick Phipps brilliant score.

It starts like many tries now, from a counter attack. Sexton firing the bomb to the corner looking to isolate Speight and Foley only for the ball to bounce kindly for the Wallabies and a team switching quickly from defence to counter attack mode.

The first thing we see is Phipps get the ball to the wide spaces quickly, and Australia set up for an exit play. All the usual signs are there, forward pod in the middle lead by Slipper and a flat formation but the call has correctly come that there is space wide, the ball gets moved quickly through the hands and after a moment of Magic from Speight, Foley and McCalman, Phipps sets off on his second try scoring run.

In fact it almost seems unfair to call it Phipps try, because it’s such a remarkable team effort, the ball passing through 18 pairs of hands, and a couple of recycles on it’s way to crossing the line.

Flooding a channel and then support running is something Mike Peniston highlighted in his article and something the Australians have always been good at. I can remember few better examples of it than this try, and I expect Australia will be looking to utilise this kind of attacking rugby in the wider channels this coming Saturday looking to isolate 13/11/14 channels.

As always there is way too much to focus on in the video, so additionally keep an eye out for Slipper’s perfect masked pass to Foley behind the primary wave. Watch Speight’s power and dancing feet keep him and the ball in play. McCalman’s grit and determination to get up from the tackle, make the needed support runner and keep the move alive and lastly watch Toomua rightly identify and exploit the midfield mismatch.

Yes, there is a fair bit of luck – the intial bounce of the ball and Phipps pass to Speight looking more like a loss in contact, but you still need to be in the right places at the right times to capitalise and that’s why it works.

All in all a wonderful try, that’s sure to be viewed as a classic in years to come, and worth looking at in more detail.

Phil Kearns is right, it is a super bit of Rugby.

We’ve taken on board some of your feed back and changed the layout of the videos to text over image. So please do let us know in the comments if you prefer this or the original formats.