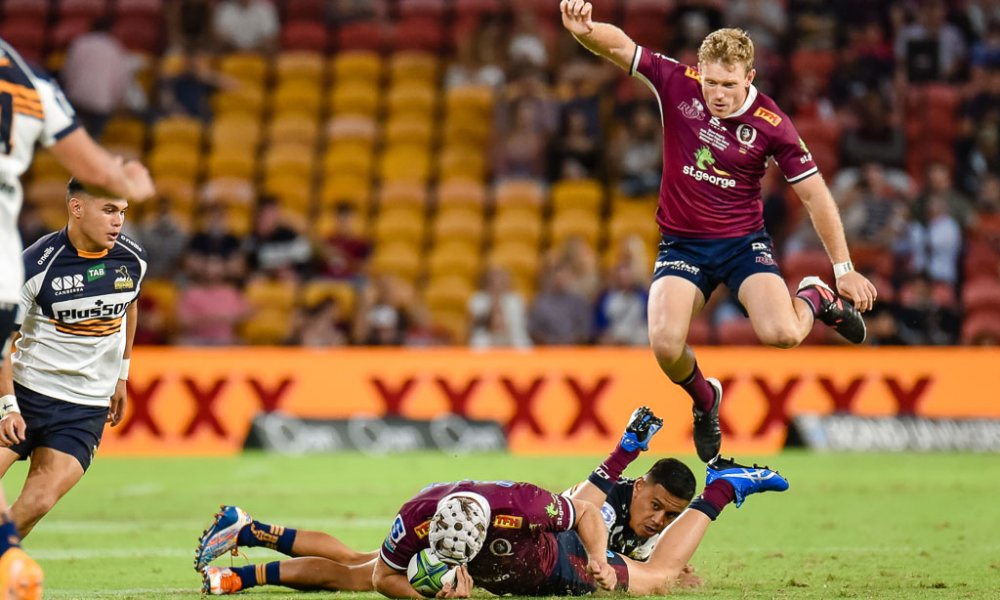 Tuesday’s Rugby News looks at Hodge’s Knee, big wraps on Thorn, and pass it to Jordy. 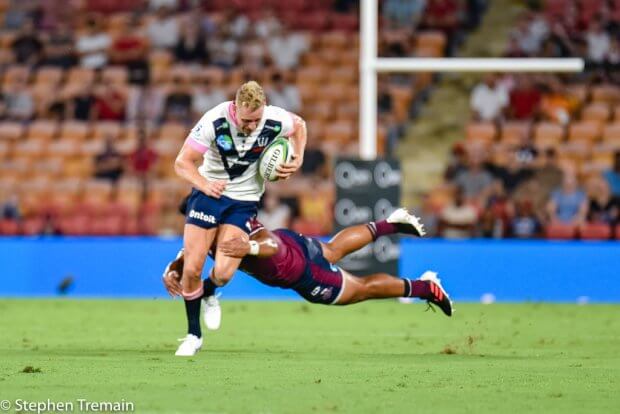 Melbourne Rebels Mr Fix it Reece Hodge will miss the rest of Super rugby this year with an MCL injury, but may be available for the French test series.

Hodge damaged his knee in a collision with Western Force player Tim Anstee while attempting a last ditch field goal that would have won the game for the Rebels.

Melbourne Rebels may swap one Wallaby star for another with Dane Haylett-Petty a chance to replace Hodge.

There were fears it could force the 31-year-old fullback into retirement.

However the Rebels have been buoyed by news that Haylett-Petty may be available for Sunday afternoon’s crucial Super Rugby AU clash with the Brumbies at AAMI Park.

Melbourne coach Dave Wessels said his captain would be tested at training on Tuesday, with their last round match against the Waratahs another option.

“Dane is a chance, which would be great for us,” Wessels told AAP.

“He’s very keen to play; emotionally also he wants to be part of it now, he knows it’s his time to step forward.” 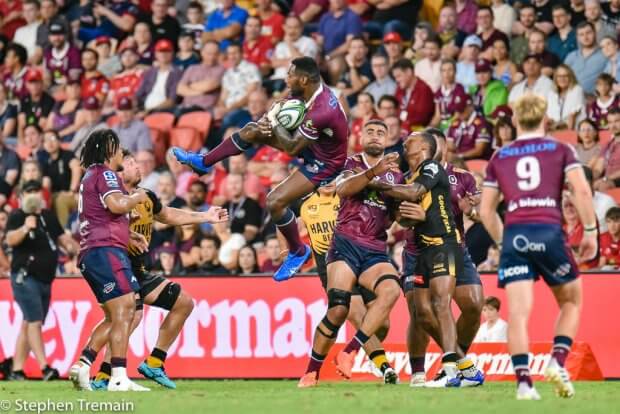 “Thorny is pretty much like Craig, pretty old school, winning culture and stuff like that,” said Vunivalu, with the Reds’ coach known to get in the gym and pack down in scrums with his men.

“It’s just hard work to get into the team (Reds), which is pretty good.”

Thorn has yet to win a Super Rugby title as a coach, but as a player he won everything as a dual international.

And though McKay is considered the brains behind the Reds’ stunning play, Thorn, who played underneath Bellamy at the Broncos, has turned the culture around at the Super Rugby franchise and their never-say-die attitude on the field is just how the former All Black and Maroons forward played.

The two-time premiership winner with the Melbourne Storm injured his hamstring against the Waratahs last month, but is hoping to be fit for the Reds’ final match of the regular season against the Force in Perth.

Although he’s shown what he can do with the ball in his limited time on the field to date, his prompt return is necessary because he’s still yet to readjust to the rules.

“I’m getting better every week,” he said.

“The more games I play, the better I learn.

“He’s fast tracked me back into the game which is good. I’m still going into his office every day to learn all the plays.”

The discussions have been going around in circles for months. He’s a winger, no a centre, people want to see him at fullback. Brad Thorn put it all to rest when asked on Saturday night.

“There was a move in the All Blacks: pass the ball to Jonah because he’s good,” the 56-Test New Zealand lock said.

“That’s a good move … and I just think he’s (Petaia) one of those special guys, they’re just good.

The 21-year-old has been shifted from the centres to wing for the last two Reds victories, starring in Saturday night’s 24-22 win against the Brumbies.

He was safe under the high ball, intimidating in defence and soared high to catch a bomb and score the game’s final try.

“Isn’t it great to see him develop his game with his kicking? It hasn’t come by chance, it’s come by hard work and working with good people,” Thorn said.

“Jordy, you give him the ball, if you give reasonable footy to him, he can beat defenders and if you put a kick up, there’s a good chance he’ll come down with it.”

Where to now for the Tahs?
Tuesdays Rugby News