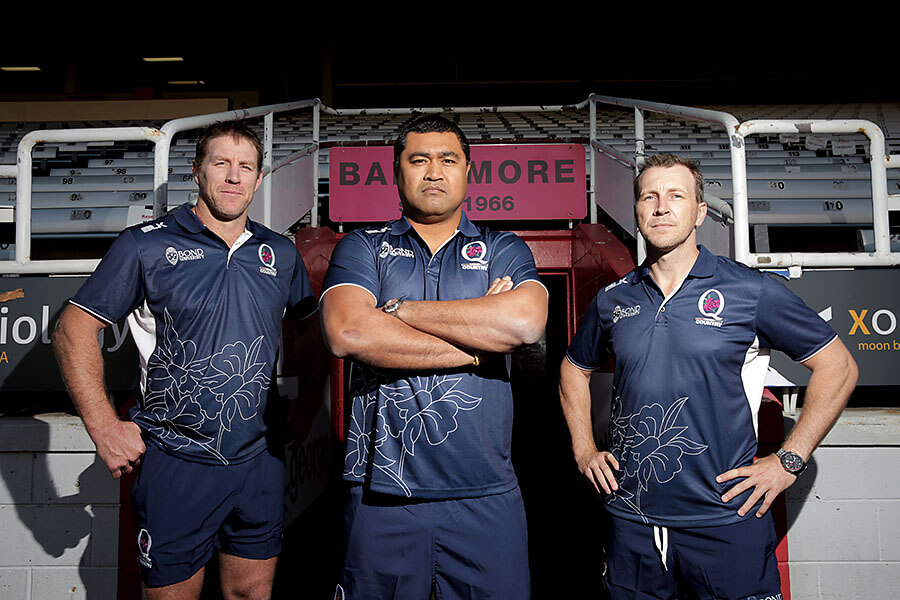 My turn to give it a go. Being a bit technologically challenged this may be a bit different but please enjoy.

The good, the bad and the ugly from Bledisloe II – Paul Cully

Unlike a lot of Wallaby supporters Cully does manage to find some good points from the game and in particular he points out that Tate McDermott was outstanding at No.9, and Andrew Kellaway again grabbed his chance. Even saying that “Given the Rebel’s outside back prefers to play fullback, he may be the answer to one of the Wallabies’ problem positions” (that’s where he picked him in his Team of the Week which is interesting as he didn’t play there, and I thought Damian Willemse was very good against the FISM). The starting props were also highly competitive, and Michael Hooper confirmed his world-class status — there can be no doubt about that now. I personally thought that the Wallaby tight 5 competed well for most of the night and that it again came down to lack of support on breaks and a loose trio who played well as individuals but who still seem a bit unbalanced.

Interestingly, he mentioned the performance of both Swinton and Swain as bad things. I’m a bit with him on Swinton as I apart from dropping one ball that led to a try at the other end I can’t remember seeing much of him on the night. I’m not surprised Swaine struggled against both Whitelock and Retalick, for all the disparaging comments on them being too old and on the way down they are still two of the best locks in World Rugby and Swaine is new at this level of rugby.

And the Ugly. “It’s inexcusable that the Wallabies have coughed up three tries to intercepts in the past two weeks….. The frustrating thing for the coaches will be at least two of the three came after some good play that created an opportunity.” While I can understand him taking to those points as being ugly, I thought the continual poor decision making under pressure is an area that is also ugly, mainly because it’s been going on for so many years with no change and no improvement in sight.

You’ve got this’: World reacts with shock and anger after Wallabies great stabbed in ’senseless’ attack

Some terrible news from the State of Queensland with a robbery gone wrong and one of the greats being injured.The rugby community has reacted with shock and messages of support for Wallabies legend Toutai Kefu who is in a serious condition in hospital. The 47-year-old former back rower — who played 60 Tests for Australia and now coaches Tonga — is in a serious condition after reportedly being stabbed in the stomach during a home invasion in Brisbane overnight. The news was met with shock, sadness and anger from all over the world and both the Wallabies and All Blacks social media sending support to the great man. Let’s hope he comes right, and the police catch those responsible for this.

When ambition does not match skill: Sad reality about the Wallabies’ game-plan

Christy Doran from Fox Sports has taken to the lack of skills and ability of the wallabies and seems to have started the typical Fox Sport game of putting pressure on the coach that they, and their cohorts, didn’t select. In his article, he starts off with some Dave Rennie comments on the game, where he “reckoned you can do both”. That is, you can “entertain the crowds” and “win” in international rugby. However, after Rennie takes some blame for the Wallabies not executing the plan that he put in place, the article then pulls in some further comments from Rennie about the players not doing as they were instructed and includes a couple of comments about how his coaching at Glasgow started well but didn’t end well. He states that “The perception was Rennie’s side played beautiful rugby, but it was not the style that wins big matches. Finals matches.” The article then goes mentions a couple of comments about how the play differed from the plan and tries to identify where players made mistakes that led to the final result. The article concludes with, But Rennie must think long and hard as to whether the Wallabies are capable of producing the game he wants to play.

Personally, I find this article pretty disgusting and seems to reflect some of the issues that are so alive here in Australia. Yes the Wallabies made mistakes and the game got away from them, maybe Rennie’s does need to look at his game plan and see whether the players are capable of playing it the way he wants and perhaps change it a bit to reflect that. However, articles like this and another one talking about Rennie under pressure for his job are just contributing to the negativity that is so prevalent within the different groups, especially in NSW. After a disastrous 6 or so years under the previous regime, it was always going to be a work-in-progress for the Wallabies. Personally, I am a lot more comfortable with this team than I was 2 years ago, and I can see improvements in most areas that will pay benefits further down the track. But for this to happen, people need to support the changes and accept it’s not an overnight thing. My first question to anyone talking about moving Rennie on is: “Who are you going to replace him with?” There’s no one here ready to do that.

My View of the Differences

I gather this may get a few comments, so Body armour and helmet have both been pulled out of storage and put on. After the match and reading so many posts, I think there are two main areas where I see the biggest difference between the two teams and where I think Australia needs to improve. I am not blaming any of the players on this as I think it is systemic within Australian rugby, and it requires leadership and guidance from RA to be successful.

Individual Skills. When Reika Ioane passed a long pass to his brother Akira Ioane the 6 then took off running for space with the ball held in two hands. He dummied Kellaway and then proceeded to run hard at the gap before committing defending players and passing to McKenzie who passed to Retallick who scored. The thing that impressed me was here was a No 6 running and passing with skills that were reminiscent of a good 13. He got into space at speed (a great pass from Reiko) and then rather than charge up at a target and try to go through it, he dummied, ran at space and then created more by taking the tackle and passing. I struggled to see those skills in the Wallaby backline let alone in the forwards. I think the Wallabies need to spend more time in energising the individual skills that players need so that they can create the space and opportunities needed.

Rugby Smart Thinking. I’ve harped on for a while that I think the biggest weak point in Australian rugby is their ability to make good decisions when under pressure. The top 2 inches, one of my coaches used to say when I was playing. “It doesn’t matter how strong and tough you are, there are always others just as tough and hard and if you ant to beat them you do it though making better decisions than them” When Jordan got the dropped ball at the end of the match he took off and there were 4 Wallabies surrounding him. You can see he almost gave the ball a kick but in the end pulled back, hit the ground and waited to see who was coming before passing to Havili. The ability to slow the game down, think through the options and come up with the right one is what I am talking about. Both Dan Carter and Richie McCaw have stated that bringing in a specialist to help them make good decisions not only made them better players, but it extended their careers. I don’t know why no one has done this over here but when you see players who have demonstrated they have the skills constantly make poor individual decisions in the heat of the moment, you surely have to ask “Why, and what can we do to change this?”