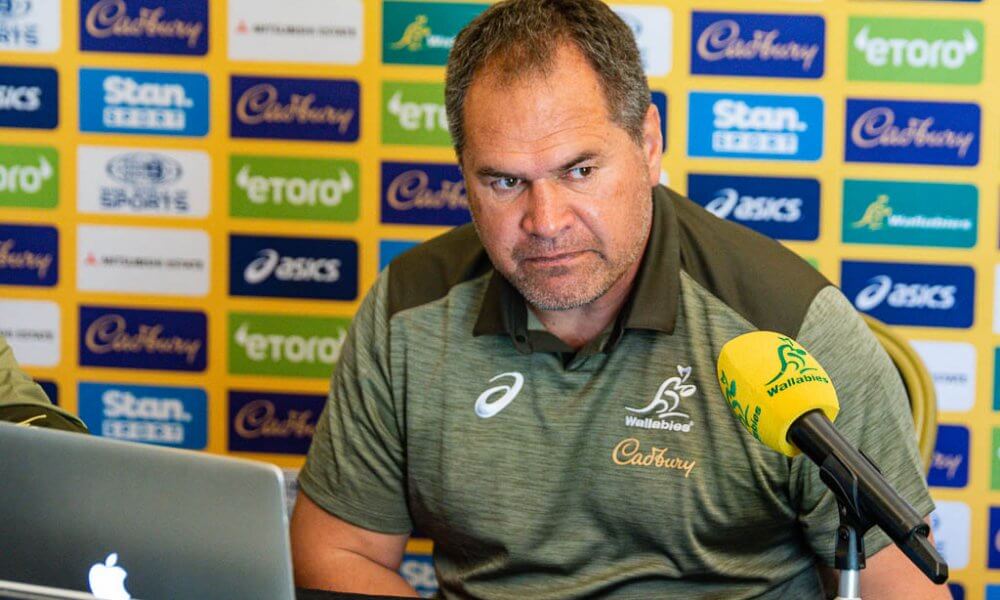 Well, that wasn’t a lot of fun was it?  I wasn’t sure how to write this and what I could say.  I mean, honestly, did we really learn anything? So, thanks to the wit who operates the site’s twitter account, here are 5 things we should have learned before Bledisloe 2.

The referee. And Nigel Owens

Winning at test level requires the ability to execute when it matters.  One of McCaw’s greatest legacies is that when he took over as captain of NZ they had a reputation for choking when it mattered at World Cups but when he left they thrived under pressure.  In 1999, 2003 and 2007 they bottled it.  He later remarked that after the 2007 cluster he felt that the lessons of 2003 had not been absorbed and the team had not learned to execute under pressure, so they bought in psychologists to help the players embrace the pressure and function well under it.  The result was a win in 2011 but it really came to the fore later on through to 2019 as they kept winning tight contests more often than not.  Smashing 60+ past France in the 2015 quarters put to bed any suggestion Les Bleus were a bogey team and was, to me, a culmination of that mind set.

The Wallabies need to do this.  We have the skill, we have the physicality and sometimes we even have the tactics to be a really good side.  Players like Hooper, Tupou, McDermott, Kellaway, Valetini and others have the ability to mix it with the world’s best.  We just lack the mental edge. When Ardie Savea received the (overdue) card just after half time we had a glorious chance to perhaps level it from being 22-15 down.  A fluffed line out, some bone penalties, a defensive misread and we’re down yet another try.  For me that botched line out when Savea was on the naughty step was the turning point.  We lacked the ability to execute under pressure, conceded points and after that it was all over, red rover.

As Sully put it in his autopsy, the game changer is the space between our player’s ears

Set in context to what he actually meant, Kellaway’s comments about their “aura” weren’t meant to disrespect the Darkness but that doesn’t matter.  Michael Jordon used to literally make stuff up about his rivals to give himself the motivation to keep winning.  Sonny Bill Williams confirmed that headlines featuring such comments are put in the changing room before they play.

As well as needing to be smarter on the field, we have to be smarter off the field.  For the 2019 Bledisloe and before it seemed to me we’d enter each series with the confidence we have a good shot at winning because a particular player is available or 2 of the games were in Australia.  That was always dead and buried by half time of the first test as we’d be many, many points down due to well discussed game plan issues, a set piece debacle and a defensive system designed by a coach bought in from a team with a terrible defense.

These days we seem to shut up in the run up to the first game in which we do pretty well, mainly cos NZ have ring rust.  Then there’s confidence for the second that we can level it up but that’s always been kicked to hell.  We should’ve learned after 19 years that they don’t need any more motivation than they already have.  It’s made worse in that a large part of NZ rugby press function a bit like authoritarian state controlled media where the enemy is continually painted as badly as possible with no regard to context.  We may as well recognize this and be more careful with what we say and not give them easy headlines.

It used to be charge downs that lead to free points for the opposition as well as intercepts.  We damn near got put out of the 2015 RWC on an intercept and I can think of few the English have got against the Wallabies since the last time we beat them 6 years ago.  At least we haven’t conceded a charge down try in a while but we’re basically starting at least 7 points down each game as we concede an intercept more often than not and at test level it’s suicide.  There’s only one test team that you think are still in a game 21 points down and it’s not us.

We have to cut this out and it’s a smooth segue into the next part.

I haven’t re-watched the game from the weekend as I am not a masochist so I am not able to clearly compare what wrong on Saturday to the way the French picked our game plan apart in the second test (which I have also not re-watched) but I suspect there are similarities.  We shifted to a narrower attack that earned the right to go wide before we did in the final test against France.  It’s strikes me that giving up tries off intercepted wide passes again suggests we have not learned to get the game plan right.  NZ have so much pace out wide that it allows their players to wait until the very last second before committing either way.  After the years of giving up tries this way, we ought to be able to cut it out.

We need to have a game plan where we put the defense in doubt about what it going to happen to the ball and then react accordingly.  The best Wallaby sides knew this and played to it.  Our current game plan may as well be faxed to the opposition in advance as they seem to be able to cope quite easily with our out the back passes to get the ball wide quickly.

I can’t say whether this is the coaching team picking the wrong tactics or the players regressing to old habits to what they are used to in Super rugby when it all turns to shit but it’s just another thing we should have learned.

This is a phrase used in the NFL.  It doesn’t matter how good you think you are or how good you potentially are, you are only as good as your win/loss record.  Leaving aside this latest, record breaking loss, over the last years this team has shipped a series of unwanted records, including (but not limited to) home series losses to England and Ireland, record losses against Scotland and many tests butchered when we should have won well.  This recent game is part of a series of ever worse margins and points records conceded to New Zealand. That’s not even getting into the debacles of Robbie Deans’ side.

Let’s be fair, we struggled to put a way an under strength French side that had a pretty crap preparation and we only really deserved to win the last test.  We were beaten by NZ in the first game when they were off their best but we played probably as well as we could have, certainly close to it, factoring in the usual fuck ups we always have.  This last test shone a very bright light on how good this team actually is(n’t).

We may as well be honest with how good we currently are not so we can identify where we fall short to the best.  If we don’t identify from that what we need to improve, we won’t ever improve it.

Bonus Round – The Other Game

After another record drubbing I can’t imagine many of us felt like watching South Africa play Argentina.  The Springboks won and looked fair value for it.  Neither team will be crapping blue lightning at the prospect of playing Australia unless we sort some fundamental things out.  We may as well learn that now, it’ll save some column inches in the coming weeks.

As usual, comments are welcome below.