Sydney prepares for a round of mud wrestling, while Canberra takes a break and the Brisbane comp picks up the pieces after one of the worst weeks anyone can remember.

The emergency at Yoku Road and its tragic denoument overshadowed the other Round 11 matches, but the results count in the competition. The Breakers took it up to the Tigers early in each half but as they do every week, the comp leaders kept their composure and countered with steady scoring, racking up three converted tries along the way. The Sunnybank–Norths game was a closer contest than the scoreline indicates; however, in competing as strongly as they did the Eagles conceded a heavy penalty count and Matt Lucas bagged the points for the Dragons. The traffic was mostly one-way at Chipsy Wood with Brothers leading 40–0 well into the second half. Three late converted tries to the Magpies provided some consolation. The latest bonus point garnered by the Brethren sees them just one point below the Tigers on the table. 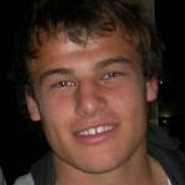 Queensland Rugby canvassed its options ahead of this round, consulting experts in trauma counselling and asking all the clubs how they felt about playing; the decision to go ahead was unanimous. Brothers and Jeeps looks like the match of the round. The Eagles and Stingrays have a rare solid chance to notch a win; the other results should go in line with respective ladder positions. There’ll be a minute’s silence before all matches to pay respects to Halley Appleby and his family, and players from every club will wear black armbands.

Some big scores were racked up in last weekend’s games, some of them by losing teams. Maybe the long season is dragging a bit and tiredness is taking a toll on defensive structures. Regardless, bounteous hauls of five-pointers make for very watchable rugby. Uni, the Rebels and the Rats headed west in search of fortunes and only the last went home disappointed, with the Two Blues having celebrated ‘Back to Parra Day’ in winning style. The Rebels had 40 points on the Emus by half-time, and honours were pretty much even from there. The Students kicked away from the Pirates in the second half to take another bonus-point win; Tahs rookie Tom Kingston bagged a hat-trick. The Beasts needed a late converted try to get up over the Wicks at Woollahra. It seems something is not quite working in Beastland, but Brendan McKibbin saved the day this time. For the Greens, No. 8 Henry Vanderglas is in terrific form. It’s no surprise that the Woods dished the Marlins; this was a three-tries-to-two win and the healthy margin was provided by Pierra Hola’s boot. Norths had a 10-point lead over Gordon at half-time and then the game blew out into a try-fest: eight to the Shoremen and four to the Highlanders. With the bonus point Norths jumped Randwick to take fifth place on the table and it’s a mathematical possibility that they could be second after this round’s matches.

I shudder to think what condition the No. 1 surface will be in before the Students–Emus game, let alone after it. I like the look of the Souths–Norths clash; let’s see which team is determined to be in the finals. The Rebels’ lineup includes Ita Vaea, Cooper Vuna and the Honey Badger, while the Shoremen have Cam Shepherd at 11 (as well as the very in-form Cam Crawford at 15).  That’s the game the ABC1 team should be broadcasting, but they’re going to the University instead after losing access to Manly Oval. At least we’ll get the chance to see Berrick Barnes’s return to the field — he’s been named at 15 for the Students. Manly and Easts… toss a coin. McKibbin at 9 for the Beasts versus Willie Ripia in the Marlins’ 10 guernsey would be intriguing in better conditions but this match will be slow and stodgy. Parra’s up-and-down form makes the Gordon match unpredictable, but I’ll predict the round results anyway: Parra, Uni, Norths and Manly to win; the only certainty is that everyone will get cold and wet.

Did the Owls turn their season around against the wounded Lions? They did not. All matches went with respective ladder positions but that’s not the full story for the Tricolours and Royal Blues, who have shed the easybeats profile from the early season results and are competing strongly every week. In a seven-club comp that’s great to see, and of course it makes things brighter back at the respective clubhouses. Royals are in particularly good form and they would have been gutted to just miss beating the rampant Vikings. The Eagles are lurking, enjoying a two-week break… they’ll meet Royals when matches resume on 30 July.

No games this weekend