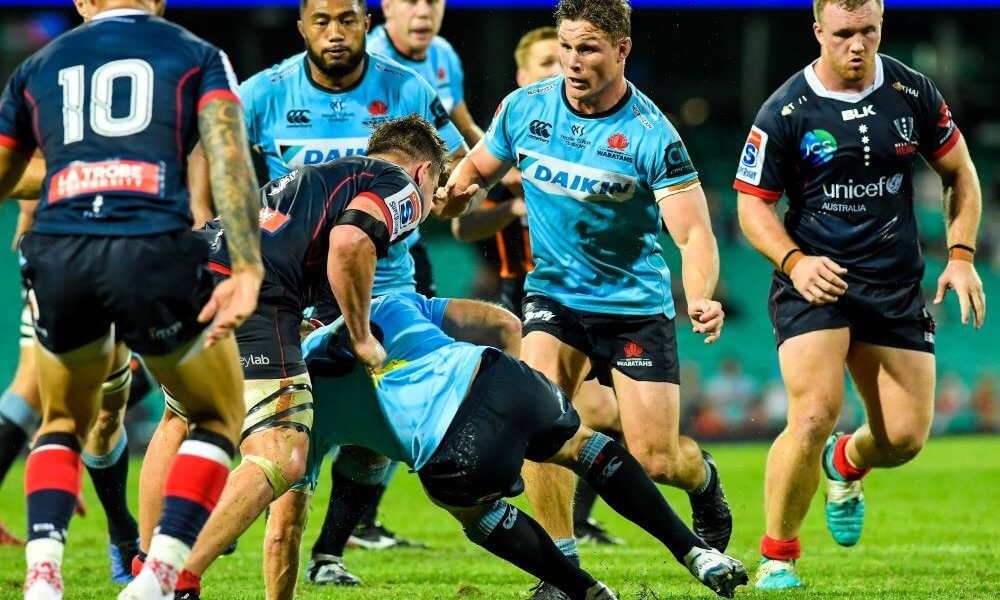 Thursday’s Rugby news sees the Force travel to Canberra for their match against the Brumbies, and the Waratahs battle it out with the Rebels for an all-important finals spot, while Wallabies skipper Michael Hooper takes a sabbatical and the North V South match is set to go ahead in Wellington.

Pride on the line 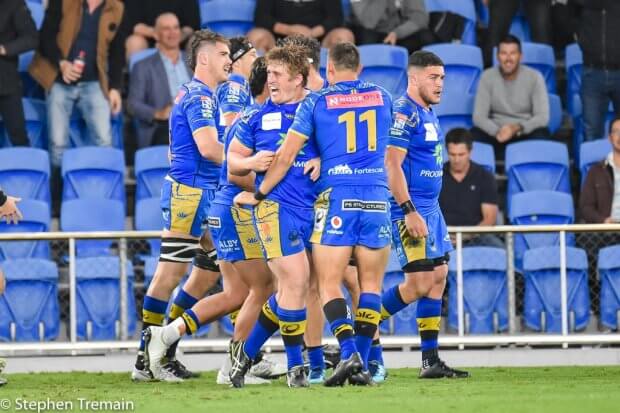 Friday night’s game of Super Rugby AU see the Western Force travel to Canberra to take on the table-topping ACT Brumbies at GIO Stadium. The venue will welcome an additional 1,500 spectators, raising the capacity to 3,000.

The Canberra side are looking to extend their narrow two-point lead over the Queensland Reds on the ladder, while the Force are still looking for that maiden win in Super Rugby AU. Despite their standings, the WA side are earning the respect of rugby fans all over the country for their solid performances.

“There is a lot to play for in terms of pride, what we want to be proud of and the fans back in Perth,” said Force player Jack McGregor.

“We want to play not only for each other, but the fans back home who have given us so much. We’ve got two more games and we want to put something out they can be proud of.”

The Force go into the clash after suffering defeats to the Waratahs and the Reds, and have been on the road for months. The last time they met, the Brumbies secured a 24-0 victory, so the Force have plenty of motivation heading into the game. 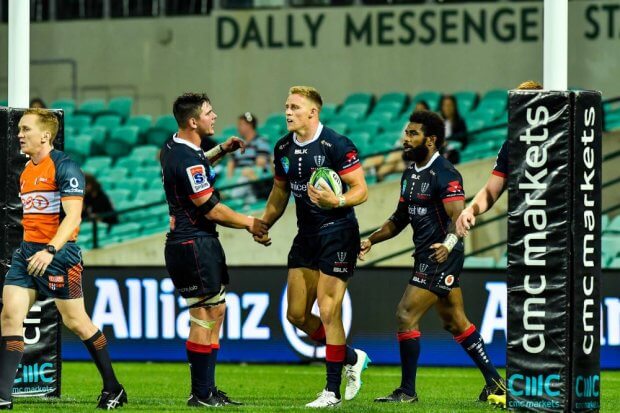 Hodge scores for the Rebels.

The second game of Super Rugby AU could be the nail in the coffin for either side, as the Melbourne Rebels and NSW Waratahs battle it out for the third spot on the table. A win would see that side secure a playoff berth.

Saturday night’s game at Leichhardt Oval will prove a pivotal one, with a number of scenarios been thrown around. The Rebels can knock the Tahs out of finals contention with a win, but if the New South Welshman earn maximum points and deny the Rebels a bonus point, they could lock in a finals spot.

The Rebels heads into the clash having won the past two matches against the Tahs, including last month’s 29-10 victory at the SCG. The Victorian team will be buoyed by the results, but are no means assured of a result, with a young Tahs team enjoying a resurgence of late.

“We’ve had two pretty successful outings against them but it’s anyone’s game on the day,” said Rebels playmaker Andrew Deegan.

“They’ve really developed as the season’s gone on but why there’s been a bit of a young turnaround, they still have quite an experienced forward pack with the likes of Hanigan, Dempsey and Hooper.

“They’ve all played a bit of footy, so I guess it’s been about mixing their old forward pack with a bit of youth in their backline.” 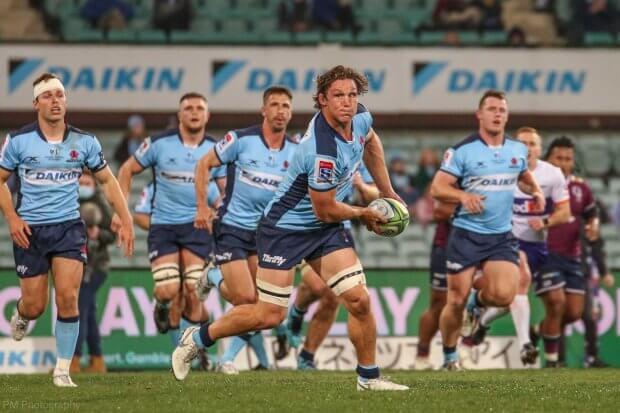 It has been revealed that Michael Hooper has inked a six-month deal to play overseas for the first half of 2021, but will return to the NSW Waratahs and the Wallabies for the rest of the year.

Fox Sports are reporting that he will head to Japan to play in the Top League with Toyota Verblitz, linking up with former Waratahs assistant coach Simon Cron.

Hooper said: “This is a great opportunity for me to learn in a new Rugby environment and develop a different perspective on the game.

“I’m really excited in the direction of Rugby in Australia both at a Super Rugby level and at the Wallabies too under Dave (Rennie). The Super Rugby AU competition this year has unearthed some really good young talent and they are all keeping me on my toes.”

Hooper’s six-month release was a part of an interim player pay deal agreed to between the Rugby Union Players Association (RUPA) and Rugby Australia in April during Covid.

“It’s a prudent decision, especially for someone who has been a devoted servant to the domestic game here in Australia for over 10 years now.

“While he will head overseas for the first six months of next year, Michael has made it abundantly clear how committed he is to Australian Rugby until at least the Rugby World Cup in 2023.”

Sitting on 99 Wallaby caps with 150 Super Rugby games to his name, if anyone deserves a sabbatical it is Hooper. 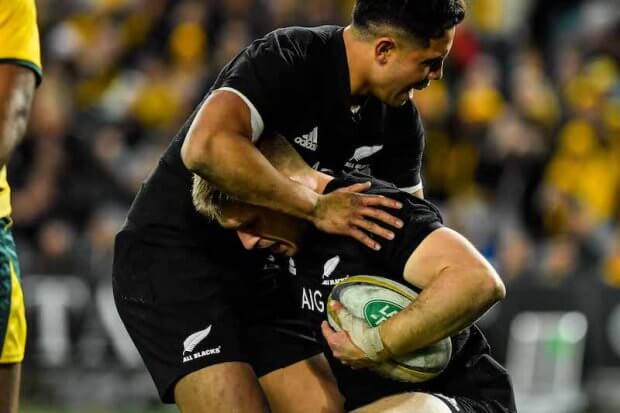 New Zealand Rugby’s much anticipated North v South clash will go ahead, but the game has been moved to Wellington’s Sky Stadium on 5 September.

Initially scheduled for 29 August at Eden Park, a coronavirus outbreak in Auckland has forced the city into level 3 lockdown, meaning the game could not played there.

Wellington is currently at level 2 restrictions, so the game can go ahead, but no spectators will be allowed to go at this stage.

New Zealand Rugby’s General Manager of Professional Rugby & Performance Chris Lendrum said: “We’re delighted that the match can go ahead in Wellington, but obviously it’s a shame that it’ll have to be played without fans in the stands.”

The North and South squads will assemble in Wellington on Monday to prepare for the match.

In some good news, the original Cup contested in the North V South games of old has been found. The Loving Cup was discovered in storage at Eden Park by facilities assistant Michael Brown.

The trophy was presented to the 1924 All Black ‘Invincibles’ by a group of New Zealanders living in the United Kingdom, was subsequently awarded for the North v South games from 1925 to 1932.