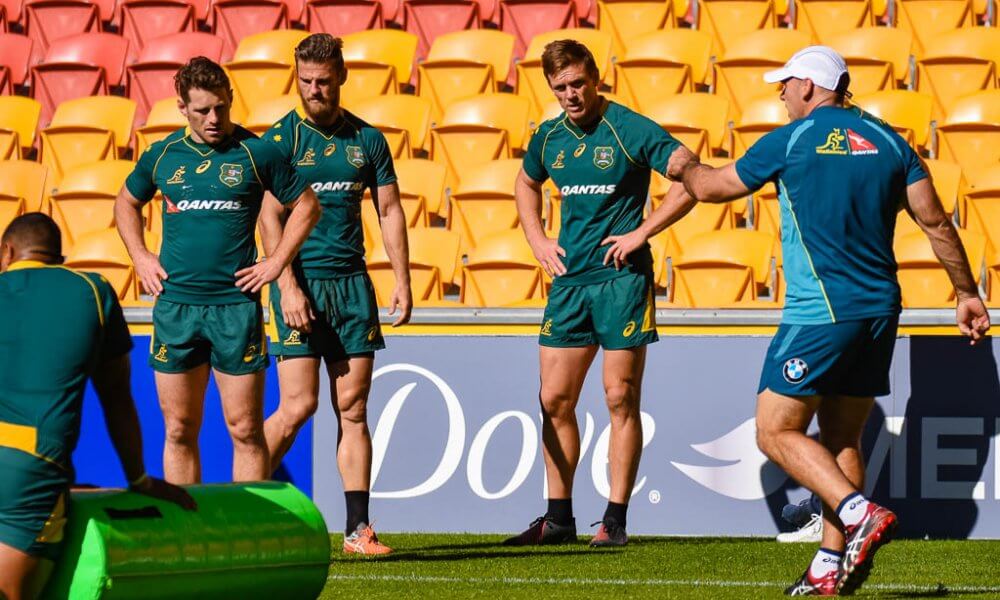 This week in the Top 5 we grade the Brumbies, look at the good, bad and ugly, watch what happens when rugby and soccer cross paths, lay out some new law variations and celebrate more success in women’s sevens. Oh, and we see how our beans are going.

There is only one team to grade this week. The Brumbies were the sole hope of Australia in the finals, so how did they go? This one is a bit tough, so I’m going to split the grade.

1st Half B: They had the Canes on the ropes, scored a couple of good tries and came close at least once more. Their defence was pretty good, one try scored against them from a lineout and a freakish try that caught them (and most other people) off guard. The first 30 or so minutes came close to being the best we have seen an Australian team against New Zealand opposition this year and gave all of us some hope.

2nd Half D-: I don’t know if it’s what the Hurricanes were told at half time, whether they changed their game plan or whether the Brumbies changed theirs, but something in the second half just wasn’t working. There were poor clearing kicks, poor decision making (Cubelli box kicking at almost every breakdown) and they lost all of the cohesion they had in the 1st half.
Average C-.

The Good – We can now get the whole Wallabies squad together (all 100 of them! **) and they have an extra few weeks over the Kiwis to work on fitness and, you know, those skills we need like passing and catching.

** May be exaggerated for effect

The Bad – No Aussie teams left in the competition. I know it was predictable after the season we had, but how many of us had a glimmer of hope 20 minutes into the Brumbies v Hurricanes?

The Ugly – I’m a sympathy spewer so for my own benefit, and those like me, I won’t post the video here. But the sight of the Crusader player, I believe it was jack Goodhue, vomiting pre match was definitely ugly!

You don’t see that every day!

I have to admit, I think the try scored by Jordie Barrett against the Brumbies was one of the weirdest I have seen. A pass thrown directly into the head of Ben May ricocheted forward, over the try line where Barrett pounced on it.

World Rugby has brought in 6 law changes regarding the scrum (law 20) and the tackle/ruck (laws 15 and 16), set to be enforced from 1 August 2017 in the northern hemisphere, and from 1 January 2018 in the southern hemisphere. The November 2017 Tests will operate under the full global law trials according to the England Rugby website.

So here they are, for good, bad or otherwise.

No signal from referee. The scrum-half must throw the ball in straight, but is allowed to align their shoulder on the middle line of the scrum, therefore allowing them to stand a shoulder width towards their own side of the middle line.

Rationale: To promote scrum stability, a fair contest for possession while also giving the advantage to the team throwing in.

The number eight shall be allowed to pick the ball from the feet of the second-rows.

Striking after the throw-in
Law 20

Once the ball touches the ground in the tunnel, any front-row player may use either foot to try to win possession of the ball. One player from the team who put the ball in must strike for the ball.

Rationale: To promote a fair contest for possession.
Sanction: Free-kick

The tackler must get up before playing the ball and then can only play from their own side of the tackle “gate”.

Rationale: To make the tackle/ruck simpler for players and referees and more consistent with the rest of that law.

A ruck commences when at least one player is on their feet and over the ball which is on the ground (tackled player, tackler). At this point the offside lines are created. Players on their feet may use their hands to pick up the ball as long as this is immediate. As soon as an opposition player arrives, no hands can be used.

Rationale: To make the ruck simpler for players and referees.

A player must not kick the ball out of a ruck. The player can only hook it in a backwards motion.

Rationale: To promote player welfare and to make it consistent with scrum law.
Sanction: Penalty

A slideshow outlining all the law variations can be found here http://laws.worldrugby.org/?domain=20

As some of you may know (but I wouldn’t be surprised to find out that it isn’t common knowledge) the 2017 Commonwealth Youth Games is currently underway in the Bahamas. There are many young athletes between the ages of 14-18 over there representing Australia, including some young up and coming rugby sevens players.

Over the weekend the women’s sevens team, after going through the tournament undefeated, beat Canada 31-5 to take out the Gold medal. Yep, more success for Aussie women in Sevens rugby.

Winger Lilly-Rose Bennett scored a hat-trick of tries in the gold medal match. For many of the girls, the success of the Women’s team at Rio was a motivating factor, with some deciding to move across to rugby from other sports after watching the women win gold at Rio.
Huge congratulations to the girls, the future for women’s sevens definitely looks golden!

The ARU and the Beanstalk – Part 3. (Extra bonus 6th tid-bit)

So this week in our little experiment, we actually have some movement from the ARU, in the form of Cameron Clyne threatening to quit if he doesn’t get his own way. I mean how dare the Force and the Rebels fight for their survival and hold up the whole process. They should have been putting their hands up to volunteer to get kicked out of the competition. So bloody selfish, and now look what it has done. Possibly cost a man his job (just one man mind you, not the dozens and dozens who would be effected by a team being cut).

Meanwhile our beans are still trundling along. Well one is. I have given up on the other three, and removed one of the seeds that was letting the team down. The little guy who was looking a bit sick is still hanging in there and may even be starting to get signs of leaves happening, you can only just see it in the picture but there are tiny growths on the long root thing too. 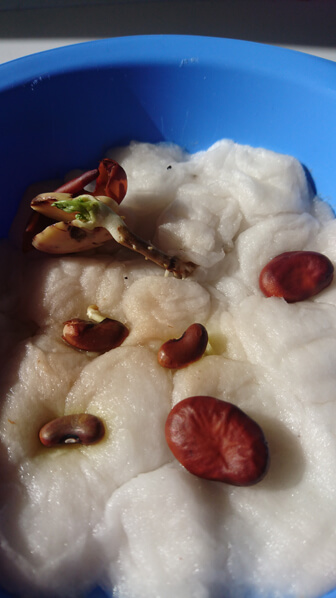 Oh, and the small person in the house (who has no idea why we are growing beans) found some different bean seeds (this may not be the first time I’ve done this experiment) and put them in the bowl too because he wanted to watch them grow. The more the merrier I say!