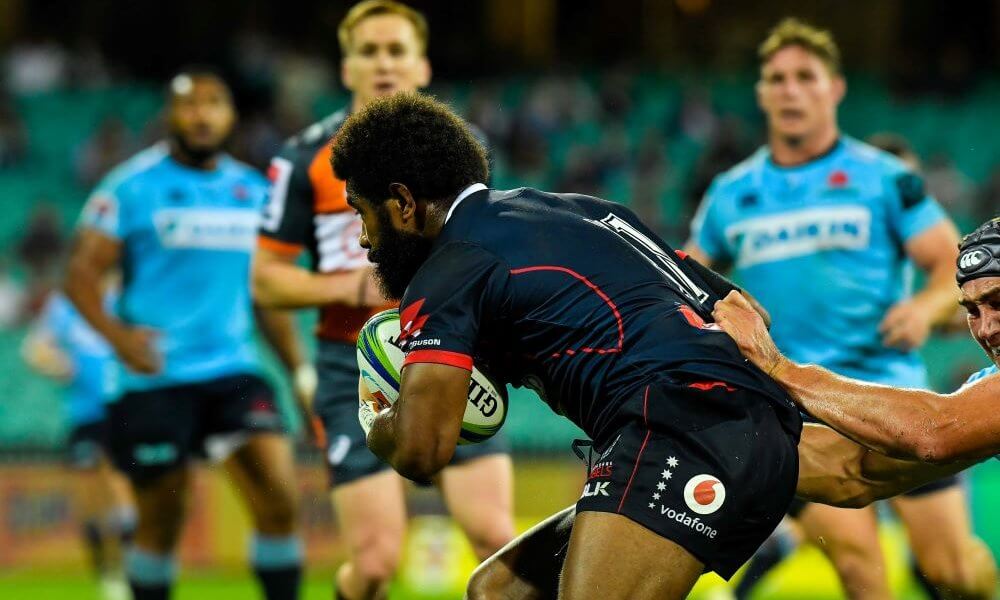 Welcome back to another edition of the Tuesday Top 5. After a weekend that left some of us frustrated, soggy, depressed or jubilant (if you are a Rebels fan) we thought would take a quick jump over to Tokyo, talk refereeing, then more refereeing, give the Super W some love and check out what someone else has decided are the top 5 tries from the weekend.

On Saturday we saw the Sunwolves take on the Chiefs in Tokyo. The stadium was packed, according to the commentators 17,000 tickets had been sold as of that morning out of a capacity 20,000. The game was pretty good, the Sunwolves pushed the Chiefs at times, though they never really looked like they would threaten for the win. But the crowd were behind them 100%. Actually, the crowd were there for the Chiefs too, when McKenzie was taking a shot at goal so many people in the crowd behind him are holding cameras. We don’t see that sort of enthusiasm for home teams, let alone away teams, here in Australia. 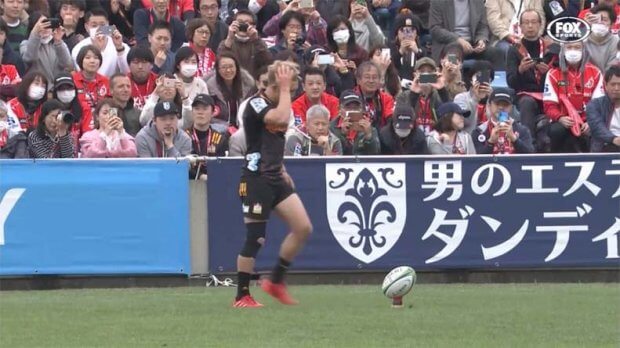 How many cameras can you see?

The Top League is huge in Japan, games there draw big crowds. But did you know that at the same time the Sunwolves were playing, there were Top League matches going on? In fact, just 90 minutes down the road there was a double header, with one of the teams playing being the top team, the Wild Knights. Two of the top 4 teams were playing at the same time as the Sunwolves, yet there was still a near full house at Chichiban. There is such a big interest in rugby in Japan, with the new broadcast deal and unknown future of Super Rugby, it would be insane for the powers that be to not try and benefit from that interest.

It wouldn’t be rugby season if there weren’t complaints about the refereeing. But I have to say, so far I am confused. Have the laws changed? Well I checked, and law 13.4 says “Players on their feet and without the ball must not fall on or over players on the ground who have the ball or who are near it.” How many times have we seen players dive onto players who are on the ground this season? I think it has happened in nearly every game but not been called. But the big one from the weekend? I was under the impression from what I had read and seen before the season started, that the referees were going to be tough on high tackles. To me, this means anything high, even if it isn’t technically a tackle. Say, for example, a shoulder. A shoulder to the head is high, right? Dangerous? In the world cup it was pretty much guaranteed to be a red card, but not now. Apparently referees have an odd idea of a player’s anatomy, as apparently this is Tom Banks’ shoulder being hit. 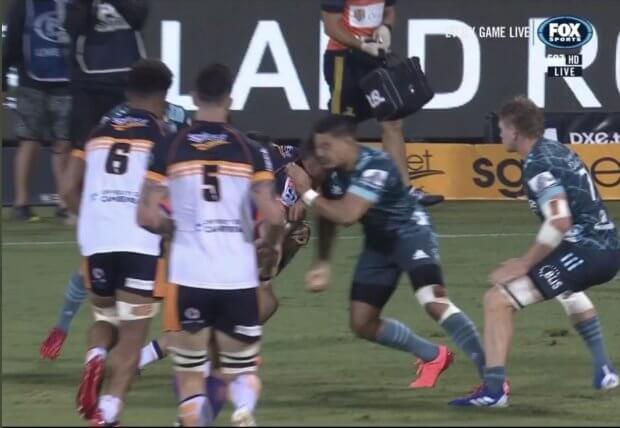 There was the debatable decision not to give Dane Coles a card, and I’m not even going to get into the Reds match. Across the board breakdowns are a mess, teams are able to give away multiple penalties with not much of a warning from the ref (Sharks v Hurricanes were guilty of this) and offside is generally optional (or at lease a little “loose”). Then there is the amount of time taken on scrum resets and TMO checks. There are numerous factors behind the decline in popularity of rugby, but maybe we can add this to the list.

There was a moment in the Hurricanes v Sharks match that had me scratching my head. At first it looked like a pretty simple call, the player was in an offside position when he picked the ball up, therefore there was no try. But watching the replay, it wasn’t so simple and had me wondering what the correct call was.
In the 18th minute there was a scrum to the Hurricanes close to the try line. It was a bit of a battle when suddenly Vaea Fifita ran the few metres to the try line, ball in hand and scored.

How did he get the ball? Why was everyone caught so off guard? The assistant ref said the player was off side and the try was disallowed.

But then TJ Perenara said the ball was kicked by a Sharks player so Fifita wasn’t offside. And the ref actually listened to him.

Off to the TMO we went to check.

So the ball was kicked out of the scrum by the Canes. It then came off the foot of a Sharks player. Does that put everyone onside like when a kick is touched? The ruling was that it was not played at so did not put the Hurricanes player back onside. I can only assume this was the right call, as we have this weird expectation that the referees know the laws, but judging by smother decisions form the weekend who knows? What do you think? Was it the correct call?

On Saturday, while we waited for the rains to ease before heading out to the Brumbies match, we tuned in to the Brumbies Women v Rugby WA. I am really glad we did, as I was surprised by what we saw. Watching this game, what I realised that it is no longer a case of it being “Women’s Rugby”. It is now simply rugby, played by women. Is there a difference? Well I think so. Women’s rugby has a kind of a lesser implication to it, like it needs to be pointed out that it is being played by women. But what I was watching was rugby. Proper, hard hitting rugby with some great skills on display, better in fact than some I saw in the men’s game on Friday night. Kicks were going well into the opposition half, I didn’t see many knock on’s, and if you know how wet it was like in Canberra on Saturday that in itself is incredible, and there were some very good tries being scored. The fact that it was women playing was kind of irrelevant, it was just a good game to watch. To me it looked as though the skills have gone up a level since last year, the players looked confident with ball in hand and were firing passes off, really pushing the line in attack. I am really looking forward to watching more of the Super W games this year. 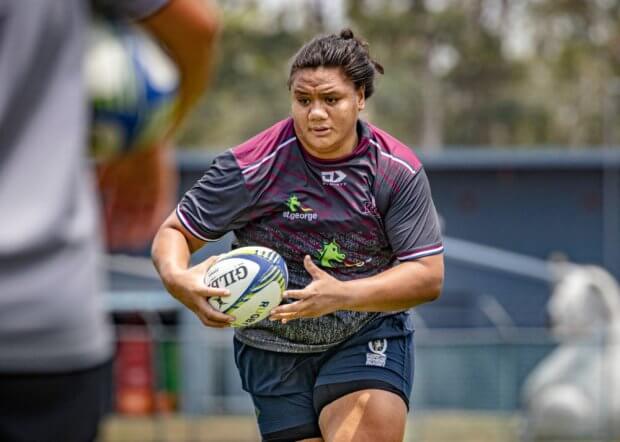 Tries of the week – not selected by us

I think there are some great tries here, but personally (as happy as I was to see them score it) I wouldn’t have included the Brumbies try.

And another pick for try of the week