The 8 law changes the NRC must consider 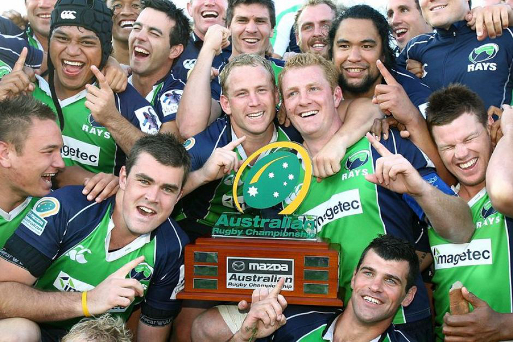 The 8 law changes the NRC must consider

With the NRC just around the corner I was delighted to hear that the organisers were taking suggestions from the public as to which laws should be changed.

Predictably most of the suggestions have related to the value of penalty goals, the scrum or how the game is officiated. But to me these miss the point completely. We have a golden opportunity to turn the NRC into a comp that will appeal to every sports fan, while keeping the essence of grassroots footy AND developing the next generation of Wallabies.

Here are the eight ideas I will submit to the NRC panel, and urge them to adopt for the upcoming competition:

1. The use of kicking tees is prohibited

Don’t mess with the value of penalty goals, just make them harder to kick. Everyone loved it when a kicker would use sand, or a team-mates boot, or just screw a hole in the ground themselves. This will reward adaptability and creativity, as well as kicking skill, turning regulation penalty goals into fascinating moments of improvisation.

2. Every point scored by a tight-head prop is worth double

It is often said that we in Australia don’t ‘value’ the work that tight-head props do. Well here is a great way to change that, and make the game ten times better to watch. Long-range runaway tries are boring as hell, but imagine the winger in question running in circles waiting for Laurie Weekes to leg it upfield to be in support. Then imagine big Laurie calling for the sand for the conversion attempt, with the potential to add 14 points all-up to his teams score.

3. Mauls must travel 10m before a try can be scored

It has become as predictable as the commentator cliche- an attacking team with a 5m lineout going for the driving maul. With so much attacking potential, they choose to rumble it slowly forward, boring the hell out of everyone. Well I am going to make it a bit harder for them- if it doesn’t travel 10m then it can’t be a try. So what of the 5m lineout? Well teams will have to get creative, and learn to steer left and right to achieve the requisite distance. Or go for broke and flirt with the dead-ball line.

4. A bonus point is awarded for the most honest post-game press conference

Speaking of predictablity, how about coaches and captains at the post-match presser. No-one cares anymore, as it is just a procession of bland pleasantries, banal cliches and the occasional mild gripe about the ref. Well here is a way to stop that- give out a competition bonus point each week for the team that gives the most ‘honest’ presser. With so much on the line we might actually start hearing what coaches really think, and it would give the attending journos a chance to ask a few juicier questions to see how far he will go for that bonus point. 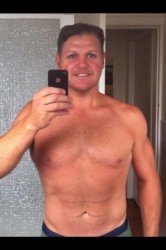 People love a comeback story, so why don’t we give them 10? Old Wallabies are loved and revered by all, so let’s give them a few minutes off the bench each game. Matt Dunning still looks in top shape, as does Phil Waugh and Bernie Larkham. Strap on the boots, boys, as you are going around for one last spin. The thought of time winding down in the grand final with big Al Baxter lining up for the match-winning 6 point penalty goal gives me goosebumps…

6. The team with the best jersey automatically wins the pre-game coin toss

The ability to choose both playing direction and kick-off are highly sought after these days. And the public want to see jerseys that go beyond the usual primary colours and boring stripes. Let’s get those creative departments thinking outside the square, and creating some killer jerseys that the public might actually want to see AND wear. It would boost merchandise sales and get the attention of the non-rugby public each week.

7. Players are allowed to throw their boots at the ball

The ‘deliberate knock-down’ rule is a good one, but I think we need a creative way to allow players to cynically kill the ball. The solution is simple- players can throw a boot at the ball to knock down a pass, or a kick, or hit the ball at the back of a scrum or ruck. It would reward accuracy and talent, but with one major catch: if the player misses the ball they must play the remainder of the game without their boot. The layers of intrigue here are almost too much for me to handle.

8. There must be access to the playing field for both dogs AND streakers

The dog on the field is a staple of grassroots rugby, and must be allowed to continue. Having some bloke’s kelpie tearing upfield with the bemused players trying to carry on the game and the owner desperately attempting to summon said dog is a thing of sheer beauty. Streaking should also be allowed. Not encouraged, but allowed. A bit of colour on a Saturday afternoon is what makes rugby great, and it needs to be present in the NRC.

There you have it. 8 simple rule changes that will make the game better, have the crowds flocking and fill the back pages every day with juicy rugby stories. It’s a win-win, and Link and co would have rocks int heir head if they didn’t implement all 8.

What do you think? Any other changes required?