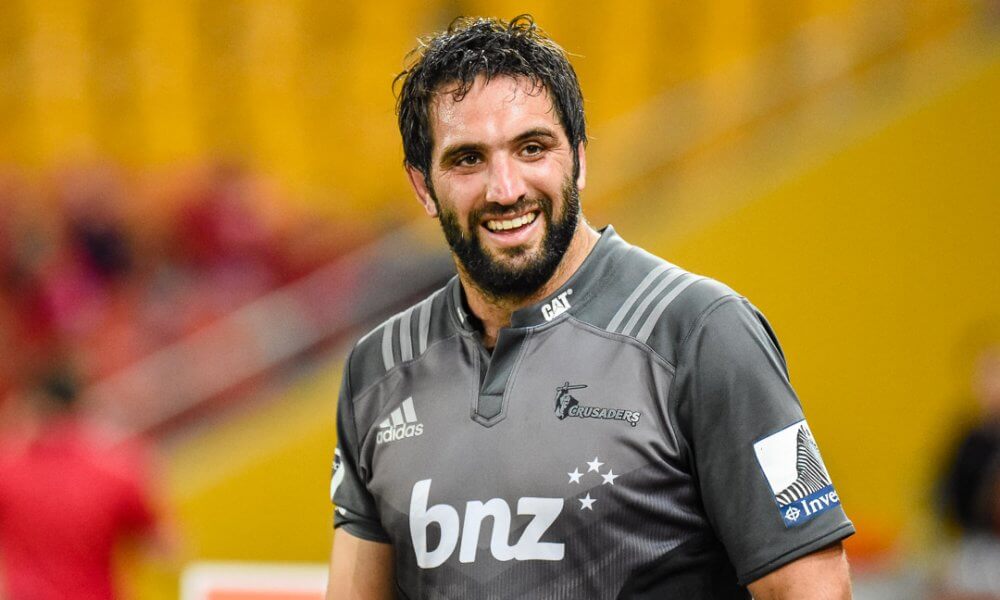 The Crusaders have finally claimed their eighth Super Rugby title, defeating a Lions side that never gave up and if anything played better after being reduced to 14 men just before half time.

Having made the 19-hour flight from New Zealand the Crusaders needed to score early and often to put themselves in a position to withstand the inevitable Lions last-quarter comeback. This they did, building a substantial lead even before having a one-man advantage, and defending it superbly as the Lions threw everything at them.

After Lions flyhalf Elton Jantjies missed an early drop-goal attempt the Crusaders won a turnover on their 22m line. Winger Seta Tamanivalu out-sprinted the defence to score and 5/8 Richie Mo’unga converted for a 7-0 lead after eight minutes.

Jantjies put the restart out on the full gifting the Crusaders another attacking opportunity that they seized with both hands, Jack Goodhue bagging the second try after 11 minutes after good leadup work from fellow centre Ryan Crotty. Mo’unga missed the conversion from the sideline but at 12-0 the Crusaders were well on top.

The Crusaders almost had a third try after 16 minutes, winger Israel Dagg knocking on in the tackle of centre Harold Vorster. Play returned to the area between the 10m lines with each side having a long-range penalty attempt. Fullback David Havili missed for the Crusaders but Jantjies was on target for the Lions moments later.

With half time approaching Havili took a Jantjies high ball and was collected by flanker Kwagga Smith who never left the ground. Havili landed dangerously which left referee Jaco Peyper no option but to issue a red card.

A scrum penalty as the clock ticked over to 40 minutes allowed Mo’unga to extend the Crusaders lead to 12 points at the break despite trailing in both the territory and possession stakes with 44% and 38%, respectively.

It was vital for the Crusaders to score first after the break and they did through No. 8 Kieran Read, Mo’unga converting for a 22-3 lead that the Lions were always going to find hard to run down, especially with only 14 men on the field and choosing to play only seven forwards against arguably the best eight in the competition.

Another scrum penalty allowed Mo’unga to extend the lead to 25-3 with half an hour remaining. Crusaders coach Scott Robertson went to his bench, subbing on fresh props Michael Alaalatoa and Wyatt Crockett, and lock Luke Romano.

The Lions had three scoring chances in the space of ten minutes through attacking lineouts, the Crusaders nullifying all three either in the air or on the ground. Dynamo hooker Malcolm Marx eventually barged over but with just 16 minutes left a 15-point deficit looked too big to overcome.

The Lions scored again through replacement prop Corne Fourie with seven minutes left to give his team and the 62,000 mostly Lions supporters in the stands some home of a miracle finale, but another Crusaders lineout steal and a Lions knock-on shortly after ensured the score line remained unchanged.

Editors note: This should be a mandatory form of celebration for all coaches.

Un-Australian Activities will be taking a break. My thanks to mst and the other contributors.