Sharks too good for the Rebels 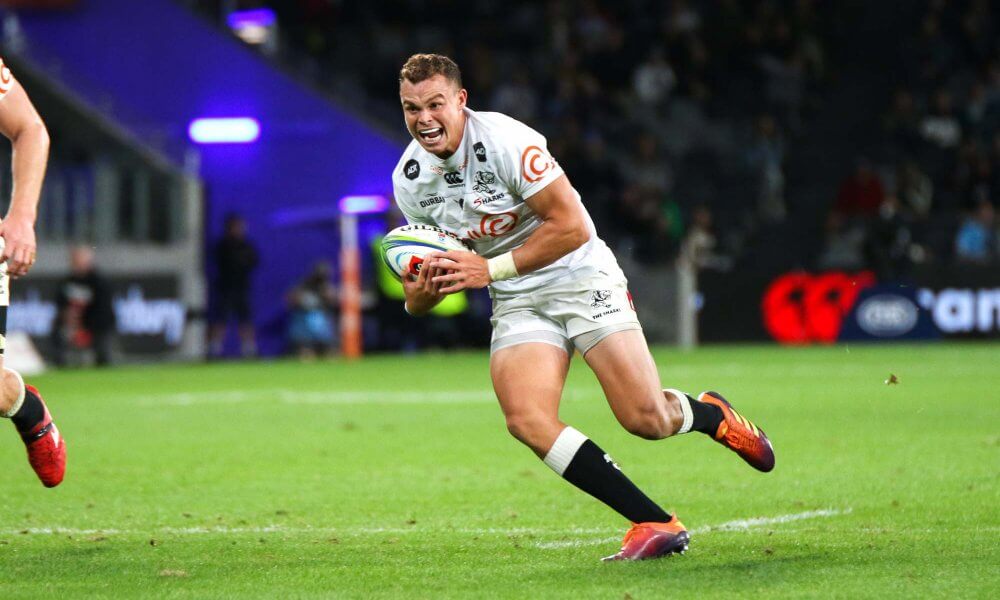 Sharks too good for the Rebels

The Sharks have made it two ins on tour, beating the Rebels 37 to 26.

On a sunny day in Ballarat, the Rebels hosted the Sharks in their first game in regional Victoria.

The Rebels, coming off a win against the Waratahs, hope to continue their good form.  The Sharks, at the end of a long tour, saw they had a good chance against a REbels outfit without To’omua and Hodge.

The Rebels suffered an early blow before kickiff., with Mangay out of the matchday 23.  English started at 13, Strang to the Bench.  Ruan Smith was also a late change, swapping for Cabous Eloff.

In a fast-paced opening, it was the Sharks who were first on the scoreboard, with a  try to Mapimpi under the posts.  Aphelele Fassi set up the try with a lovely kick that found a flying Mapimpi in space.  Bosch converted to add the extras, scores 7-0 to the Sharks.

The Rebels soon hit back with their own try.  From their own scrum, the bashed their way forward and gave Deegan the change to flick a pass a lovely pass to a charging Koroibete, who ran unopposed to the tryline.  Deegan converted the try, and the scores was locked at 7-all.

Koroibete score a nice try under the sticks

The Sharks didn’t take long to respond, with a nice try to Esterhuizen.  From a successful lineout, Notshe found his skipper in space, who danced around a few Rebel defenders to score.  Bosch missed to conversion, giving the Sharks a 12-7 lead.

The Sharks looked the more dominant side in the first half, with much better physicality at the set-piece, breakdown, and in defence, giving the Rebels little opportunity to move forward. A break from Wells, who used Bosch as a crash-test dummy, led to a penalty right in front.  Deegan made no mistake, scores 12-10 Sharks.

The Sharks soon had another opportunity to score through a ruck infringement, with Bosch kicking an easy penalty goal.  The finished off the half in style, with a try out wide to Tambwe.  Despite a questionable pass in the lead-up, the Sharks converted, giving hem s 22-10 lead at the break.

The Second half started off on controversial fashion.  Kerron van Vuuren was binned for a suspect tackle on Koroibete, and winger Tambwe felt the wrath of referee AJ Jacobs after repeat Sharks infringements in their 22.

With two players in the bin, the Rebels had a chance to capitalise.  From a scrum on the 5-metre line, Louwrens found a flying Koroibete, who snuck the ball back to Naisarani to score the try.  Degan converted the try, moving the scores to 22-17 Sharks.

In a reversal of roles, the Rebels played a much more physical game against the Sharks, forcing a number of errors.  They attempted to use the wind behind their back for better field advantage, but poor execution killed off any momentum.  A shining light for the Rebels was their lineout; t least 3 stolen ball in the second half.

With a full contingent on the field, the Sharks set about building pressure back on the Rebels.  After 19 careful phases, mixed with some nervous moments, the Sharks eventually found the line through Mapimpi.  Despite a questionable grounding, the ref awarded the try, which was duly converted.  Scores 29-17 Sharks.

Mapimpi was a menace today.

The Rebels weren’t done yet and threw the kitchen sink on a number of final raids.  One raid didn’t quite work out, and the ball found its way back to the Sharks.  Esterhuizen found a flying Mapimpi in space, who ran it under the sticks and gifted a try to his teammate Bosch.  He converted, and the scores were 36-17 Sharks.

The Rebels did have the final say, though a try to Rangi.  Cottrell intercepted a loose Sharks pass, used English in support, and found Rangi for the try.  Deegan converted, finishing the score at 36-24 Sharks.  Crucially, the last try to the Rebels denied the Sharks a bonus point, which could prove crucial later in the season.

The two yellow cards should have given the REbels a great opportunity to secure the win. However, the Sharks held firm, slowed down the game, and weathered the storm.  With a full contingent back on the field, the Sharks knew they had the Rebels measure.

Many pundits may have given two-try hero Mapimpi the award, but I thought the skipper Andre Esterhuizen played a blinder.  He led a ferocious defence line that crippled the Rebels, including two thumping plays on  Louwrens in the first half

Fairly hard to judge wallaby form when two key pers are out through injury.  Naisarani and Koroibete had good games, as did Dane Hayleyy-Petty.  Matt Phillip once again put his hand up for consideration.