The pointy end of RWC2019 is upon us. With just four teams remaining Rugby’s showpiece event will return to Yokohama for the first of the two Semi-finals.

The last time these two sides met was an absolute nail biter at Twickenham, The All Blacks coming from 15-0 to pinch a one-point win over England after a late Sam Underhill try was disallowed. Both sides have been in great form throughout Rugby World Cup 2019.

New Zealand opened their campaign with an impressive win over a strong South African side, they followed this up with big wins over Canada and Namibia before their last pool game was abandoned due to typhoon Hagibis. In similar fashion to RWC2015, it was the quarter-finals in which NZ really showcased the strike power they possess, while France was on the receiving end four years ago, it was the Irish who were completely blown off the park in this year’s edition. The men in Black-led 22-0 at halftime in Tokyo and finished the game 46-14 in an imposing 7 try performance.

England have followed a somewhat similar path to the All Blacks opening with two solid wins over Tonga and USA, respectively. They met Argentina next, but the sting was taken out of the contest with an early red card to Puma lock Tomas Lavanini virtually ending the South Americans chances of victory. Japan’s Typhoon season again reared its ugly head leading to the cancellation of their must anticipated clash against the arch rivals from across the channel. A refreshed English side was than ultra-impressive last week against a wasteful Australian team, having just 34% possession but posting a 24-point victory.

New Zealand sprung a significant shock in the one change from their side last week with captain-in-waiting Sam Cane dropped for the larger Scott Barrett. Ardie Savea will swap to openside flanker with Barrett set for his first-ever start in the All Blacks 6 Jersey. The only other changes are injury-enforced with Matt Todd succumbing to a shoulder injury and Patrick Tuipulotu taking his spot on the bench. This further indicates that NZ is set to drift slightly away from the extreme pace game they have employed so far in Japan in favour of increased ball-carrying ability and more genuine line out options.

Just the one change for England, with George Ford returning to the starting side pushing captain Owen Farrell to 12 and Manu Tuiliagi to 13. Henry Slade is the unlucky man to miss out, despite putting in a very solid shift against the Wallabies. He takes Ford’s spot on the pine. England’s coach Eddie Jones stated the return to the two playmaker model was about “getting the squad physically right.” and came from “Identifying areas we can pressure them ( New Zealand)”. Billy Vunipola will line up for his 50th test match alongside his brother Mako. 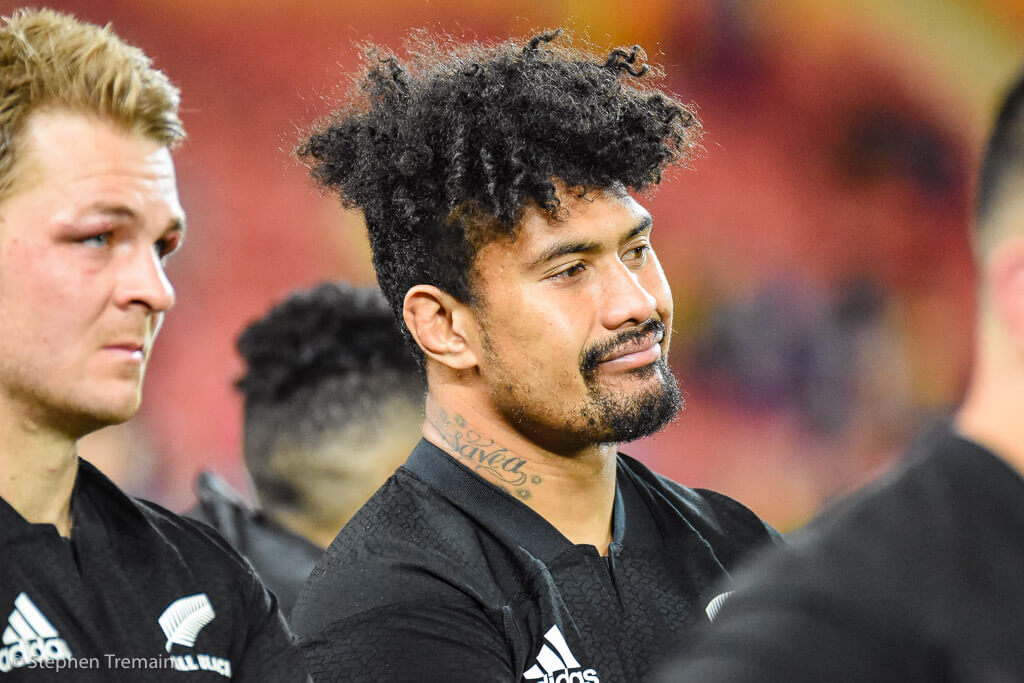 It felt like the unveiling of Rugby’s next great back row duo on Saturday night, with the one-two punch of Sam Underhill and Tom Curry working to devastating effect against the Wallabies. The two young flankers form in Japan has led coach Eddie Jones to refer to them as the “Kamikaze Kids”. Underhill, along with teammate Curry, was not only successful in shutting down the veteran Wallaby duo of David Pocock and Micheal Hooper but comprehensively outplayed them. Although Curry claimed the official man of the match honours, Underhill was outstanding making 20 bone-rattling tackles, including one memorable one on Isi Naisarani, that sent the Wallaby enforcer halfway back to Melbourne. He also possesses a strong running game and has carried for 52 meters off just 12 carriers throughout RWC 2019. NZ will be fully aware of the danger the English 7 possesses with the ball, after the Bath youngster ran 40 meters, wrong-footing Beauden Barrett on his way to the try line last year at Twickenham, only for the try to be disallowed due to an earlier Courtney Lawes infringement.

Ardie Savea has bought his devastating Super Rugby and Rugby Championship form to Japan and along with teammate Beauden Barrett is considered the frontrunner for World Rugby player of the year. The Hurricanes backrower’s devastating speed combined with his incredible ability to stay alive in the tackle would have caused Eddie Jones a few sleepless nights this week. The gogglesless Savea was instrumental in the ABs thrashing of Ireland with his physicality and accuracy at the breakdown a sight to behold. The selection of Scott Barrett over Sam Cane has robbed fans of the chance to see the dual openside system go head to head again this week, but the battle between Underhill and Savea is still a mouthwatering one.

It’s sure to be a tight tussle between these two rivals come Saturday night. England has the quality, particularly in the back row and centre pairing to cause the All Blacks some real issues. The All Blacks looked ominous against Ireland and from that performance alone it is impossible to tip against them. The Red Rose has yet to be truly tested this World Cup, and I suspect that might count against them here. I’m predicting a pulsating contest, but ultimately New Zealand will prevail by 3 points to make their third successive Rugby World Cup final.