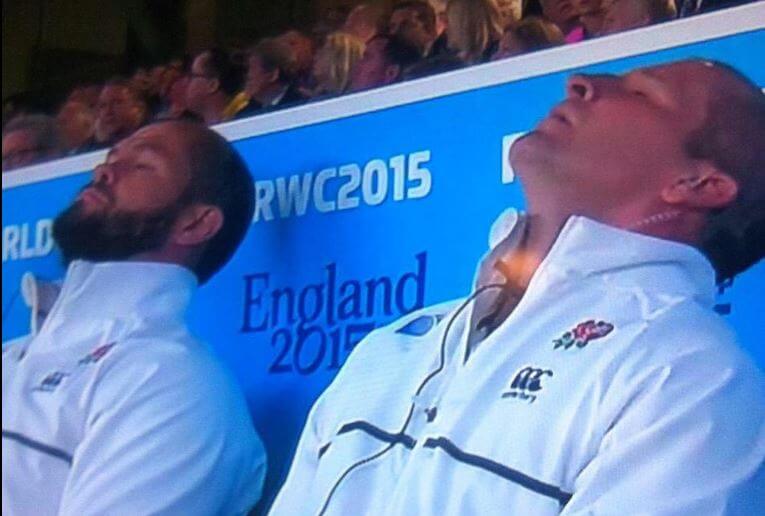 Stepping Up at the Breakdown

Much has been written about the Wallaby victory over England.

If this game sets the tone of the RWC then buckle your seatbelts as were in for some ride over the next 4 weeks.

The stats show that England was ahead in some areas:

Both sides showed good line speed but the Wallabies maintained this pressure throughout the entire game.

The Wallaby effort at the breakdown was maintained over the full 80 minutes, with a significant lift in involvement from the Front Row.  Whereas the Front Row had been contributing 25-28% of Total Ruck involvements, against England this was lifted to 35%.  In addition, the Front Row lifted their tackle count with big contributions from Moore (11/0) and Sio (9/0). 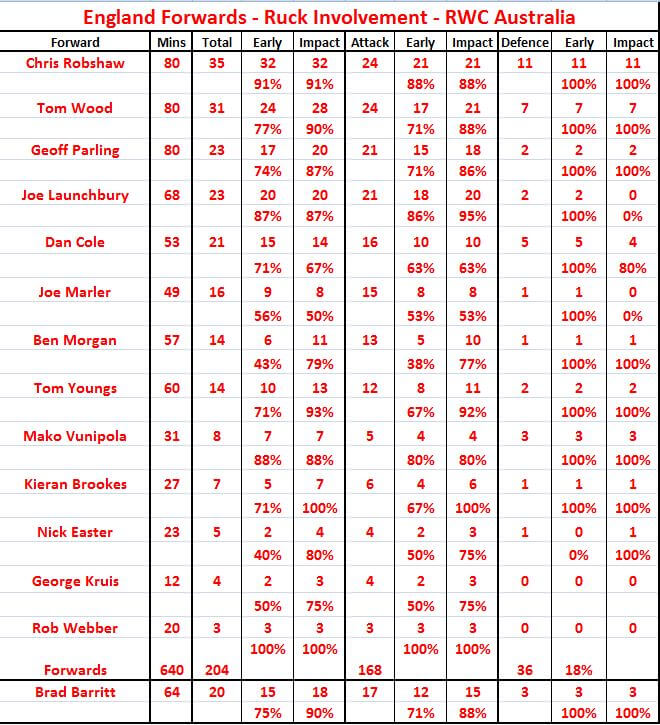 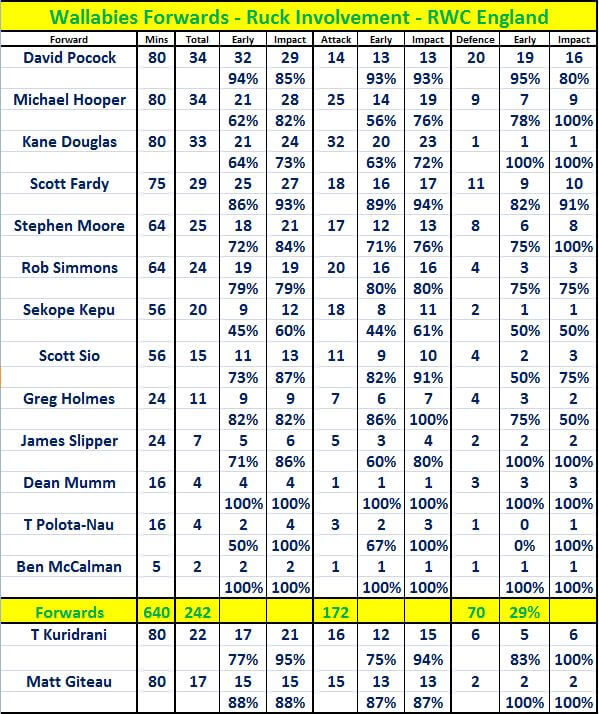 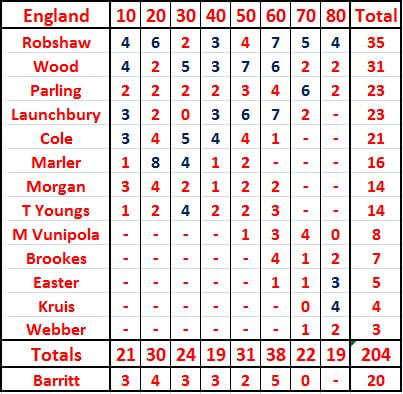 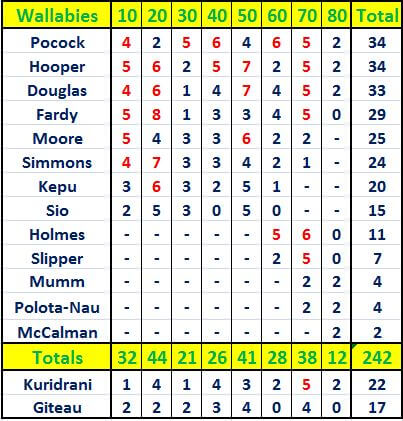 In my view, this level of Front Row Ruck involvement is required for the Wallabies to compete with other top tier nations at the RWC.

Over the past 12 months there has been a significant variation in the amount of involvement that the Australian Forwards have in Defensive Rucks (shown as a % of Total Rucks).

The data below shows that under McKenzie, the involvement was as high as 50% (against Bokkes and Pumas in 2014) but now varies according to the game plan and opposition. 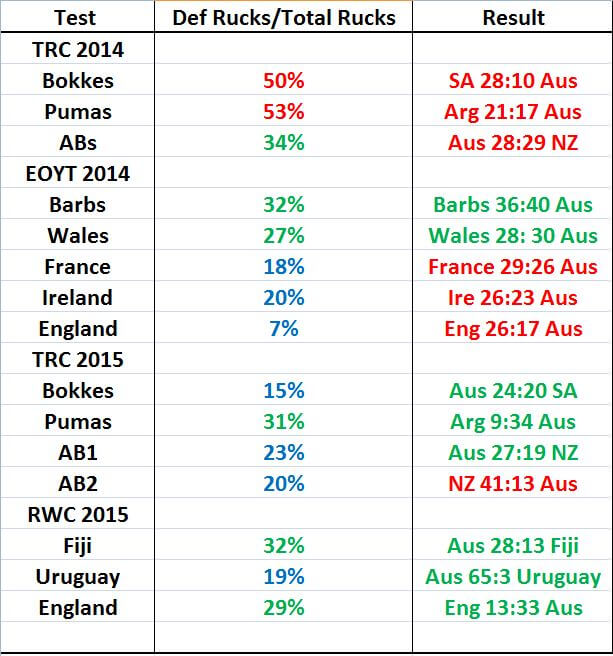 There is clearly no direct correlation between this % and the final result.

However, in our 3 games in the RWC to date the Wallabies have shown that they can put consistent pressure on the stronger team’s ball at the breakdown, and earn turnovers without being penalised off the park as has happened in the past.

Of particular note is the very low 7% Defensive Ruck involvement against England last year.  If you remember it was  a difficult game to watch.  But Saturday’s win more than makes up for it!!

It is worth noting the effort of David Pocock who in 2 games has earned 8 Turn Overs Won from 40 Defensive Ruck involvements while averaging only 1 Penalty/game.  An impressive 1TOW/5DRI.

I’m very interested to see what the strategy will be against Wales on Saturday.

My tip is for sustained ruck input from the Front Row at this higher level and Defensive Ruck involvements at close to 30% and a WIN to finish top of our pool.