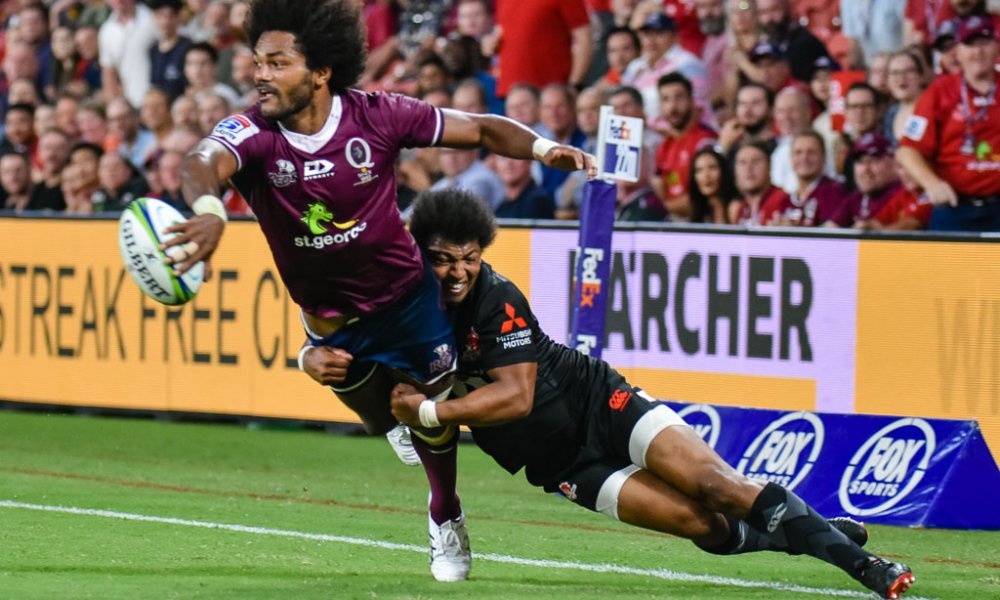 The Reds finally delivered in round four of Super rugby 2020. While the Sharks have been delivering since round one. The Reds need a win this week to stay in touch with Aussie conference leader the Brumbies and to create some momentum before their deathmatch with the Crusadists in Round six while the Sharks would love to end their road trip with two wins from three games.

The Reds started the year with three straight losses on their trip around the world. They struggled with penalty counts and second-half fades in South Africa and Argentina but looked to be in both matches for the first fifty minutes. They had a field day against the Sunwolves last weekend racking up 64 points in a wonderful display of attacking rugby and pleasingly the penalties mostly disappeared.

The lineout problems from the first three games seem to be sorting themselves out but the Reds scrum is going from strength to strength with only the thrown together reserve front row proving to be a problem. The Reds maul defence, which has been shakey, was much improved with the Sunwolve not able to get any traction in that area. The Reds back five has the work-rate and power to match it with anyone in the comp on their day.

The Reds backs have really stepped up in the last few weeks and are starting to compliment the forward power they’ve had for a few years now. James O’Connor after a few false starts has turned me into a believer. The 9, 10, 12, 15 combinations are starting to click and that’s bringing the outside backs into the play more often. 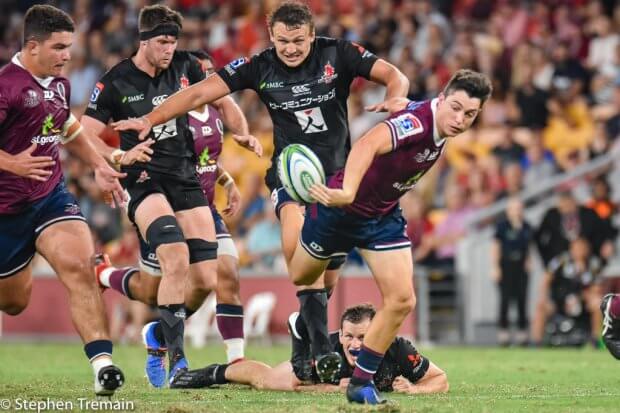 The Sharks are a wonderful team to watch at the moment. All power and speed. They have three wins from four starts with two of those wins on the road. Last week in Ballarat, despite two yellow cards, they took the Rebels apart 36-24. The Sharks game management during the yellow cards was spot on even if the Rebels response was confusing. Makazole Mapimpi two tries were a highlight but the entire matchday squad new what to do and when and how to do it.

James O’Connor v Curwin Bosch I’m expecting the fly-halves to have a ding dong battle in this. Bosch, while only 22 has 50 caps for the sharks and a couple of test caps. O’Connor is feeling his way into his 700th positional change but has never looked this at ease at 10.

The Reds forwards should hold a weight advantage over the Sharks pack and their scrum is a weapon. The sharks pack put out an improved performance against the Rebels last week but this is a significant step up for them. The lineout and loose play is there for either team to take but the return of 206 cm Giant Harry Hocking should improve the Reds lineout hopes.

For the Reds, the bulk of that side remains with Harry Hocking replacing Angus Blyth, who gets a rest and Angus Scott-Young returning from a week off pushing Lukan Salakaia-Loto to the bench in Hocking’s spot. Filipo Daugunu has completed his five-week ban for a lifting tackle and slips into Bryce Hegarty’s spot on the bench.

For the Sharks, Lukhanyo Am returns after his Springbok rest week but, three other players are having theirs this week. This weekend it’s the turn of wing Makazole Mapimpi, together with backrowers Tyler Paul and James Venter.

Dylan Richardson and Henco Venter starts on either side of the scrum, with Louis Schreuder returning at scrumhalf. In the final two changes, Lwazi Mvovo takes over from Mapimpi and Am is back in place of Jeremy Ward. 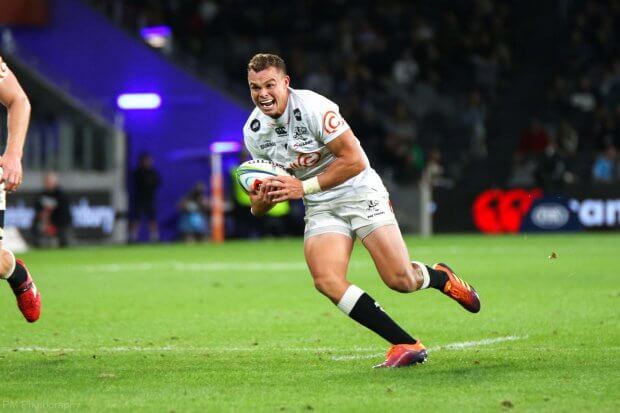 This is a hard one. I want the reds to win and they are getting better but, the Sharks are class across the park. The Reds have the edge in tight but the Sharks have pace to burn out wide. I think it’s close and the Reds need the win so much!