Red for a Day – The Movie

Red for a Day – The Movie 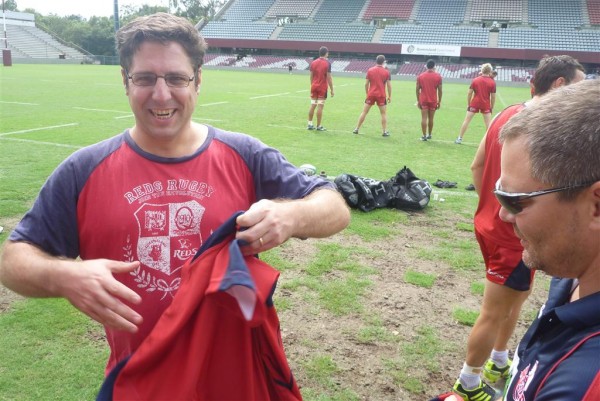 The new recruit gets his Jersey presented.

When Reg had his day training with the Reds (Here), I wasn’t going to miss the opportunity to capture it on film.

I know you have already had the Quade tackle teaser, but this is a longer edit of the experience. Link was pretty hard, and like a security guard in one of Kevin Rudds favourite establishments, he was not keen for any of the important calls and stuff to be recorded. Never-the-less, I smuggled the camera in using Reg’s handbag and managed to capture a bit. You need to keep in mind this is my first video edit, so while I was going for a James Cameron’s Avatar type production, I think I ended up with something a little less lofty, Anyway settle in and enjoy, Reg – Red for a Day