Wallabies coach Ewen McKenzie has named a 32 man squad for the third Bledisloe Test in Brisbane next Saturday with Quade Cooper earning a recall to the squad. 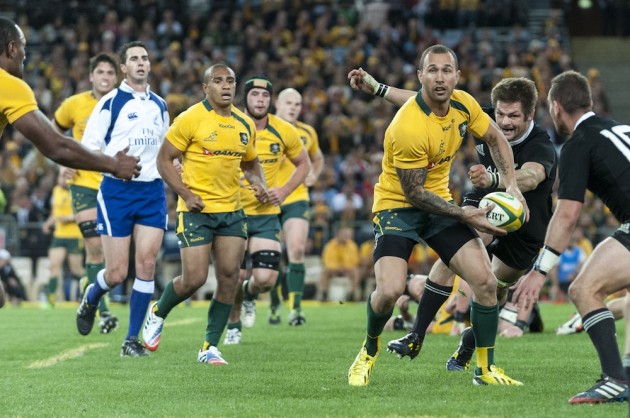 Also in are the uncapped pair of Kyle Godwin and Tetera Faulkner from the Western Force. Luke Jones from the Melbourne Rebels get a chance to add to his one Test cap joining his team mate Tom English.

Henry Speight has also been named in the squad but won’t play this Test as he recovers from an injured hamstring.

Missing out due to injury are Matt Toomua (concussion) and Ben McCalman (shoulder) in addition to the unavailability of Kurtley Beale. McCalman’s shoulder injury has been deemed serious enough to miss the end of year tour.

The final matchday squad of 23 will be named on Tuesday.