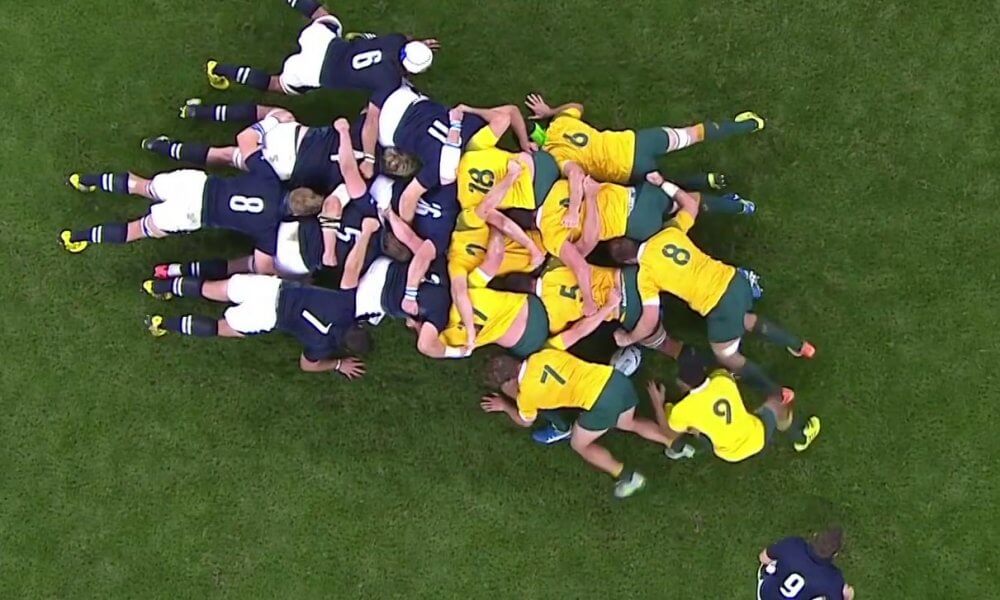 The fiercely competitive Scots travel to Sydney to throw down against the Wallabies fresh off their victory over the Fijians.

Another weekend, another afternoon rugby fixture appeasing rugby purists everywhere. Scotland will be out to avenge their last two heart breaking losses at the hands of the  Wallabies while the home team will want to bury their loss to the Scots last time they played them in Australia. 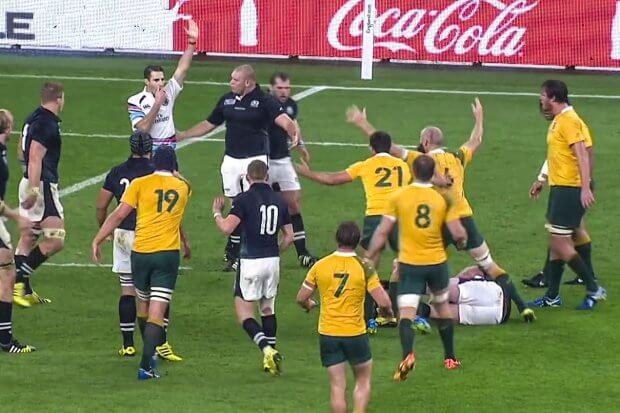 Australia comfortably defeated Fiji last weekend (37-14) and while that might have been expected, it at least gives the men in gold some momentum going into this match. Presumably with this in mind Michael Chieka has named a near identical team to take on Scotland.

The only change in the forwards is Scott Sio replacing Toby Smith on the bench. In the backs Eto Nabuli has joined starting the team, debuting in place of injured winger Henry Speight. One could argue about how deserving he is of his position, but seeing he was working as a luggage porter in Fiji only a few years ago it’s hard not to wish him well.

The Scots are fresh from a six nations campaign where they beat fancied rivals Ireland and Wales. While the results themselves are impressive, the manner of play has also stood out. Gregor Townsend has instilled a fast paced attacking style reminiscent of his own play for the national side.

With the Lions tour underway the Scotland are down two class players in scrum half/referee Greig Laidlaw and dual six nations player of the tournament full back Stuart Hogg.

Last weekend saw the Scots comfortably win (13-34) over an understandably underdone Italian side in Singapore. While it’s hard to read to much into that result it should give the Thistles some match fitness and acclimatisation they might otherwise lack.

Coming into the 23 will be tackling machine Jonny Gray who was rested against Italy. Townsend said “We’ve managed him for a reason to make sure he’s ready to go for this game,”. His giant older brother (Richie Gray) is currently injured.

Grieg Tonks comes into fullback straight from second tier English rugby team London Irish. He’s joined by Lee Jones and Rory Hughes in an all new back three boasting thirteen caps between them. 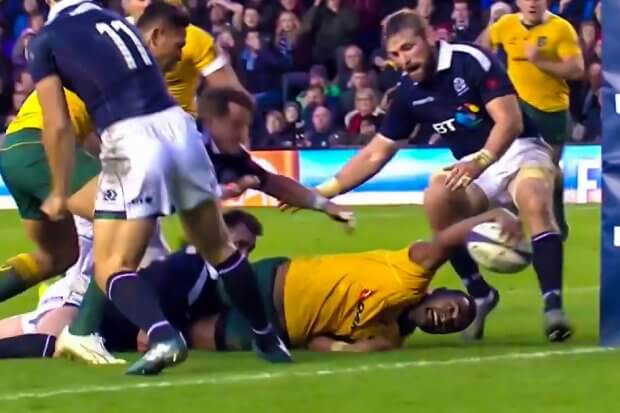 Fly half Finn Russell is a big reason for Scotland’s recent success at attacking rugby. Not afraid to throw flicks, around-the-back passes and cheeky chips, Russell’s skills and ability to read the game will be key.

Although slightly less flamboyant, Foley is just as crucial to successful attacking play by the Wallabies. If he gets plenty of clean ball, tries will come.

Both had two try assist in their last outings and whoever is the more influential on Saturday will likely be victorious. 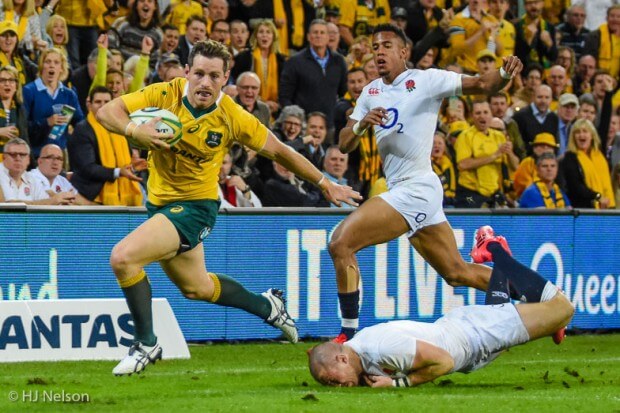 Bernard Foley will be key.

Cut from a similar cloth these two opensides play ten kilograms heavier than they look. Both are excellent at making meters with the ball in hand and animals in defense.

Hooper didn’t have a great game by his standards against Fiji but he rarely does that twice in a row. Ever the big game player, I assume he will be out to have a big one.

Watson probably has the edge with his over the ball skills. A proper jackal might unsettle the men in gold, especially as they seemed lacking in that aspect against Fiji. 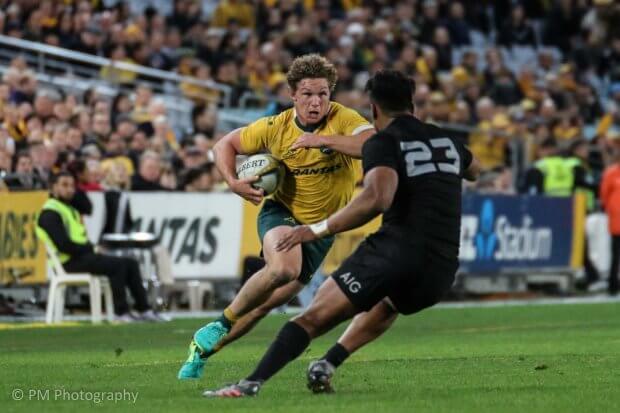 Michael Hooper’s due for a big performance.

Five of the last six tests between these two have been decided by six or less points, so we should expect a tight affair. If the forecast rain is substantial the Scots are a real chance. If the track stays dry I think the Wallabies have too much firepower, especially given the raw nature of the Scottish back three.