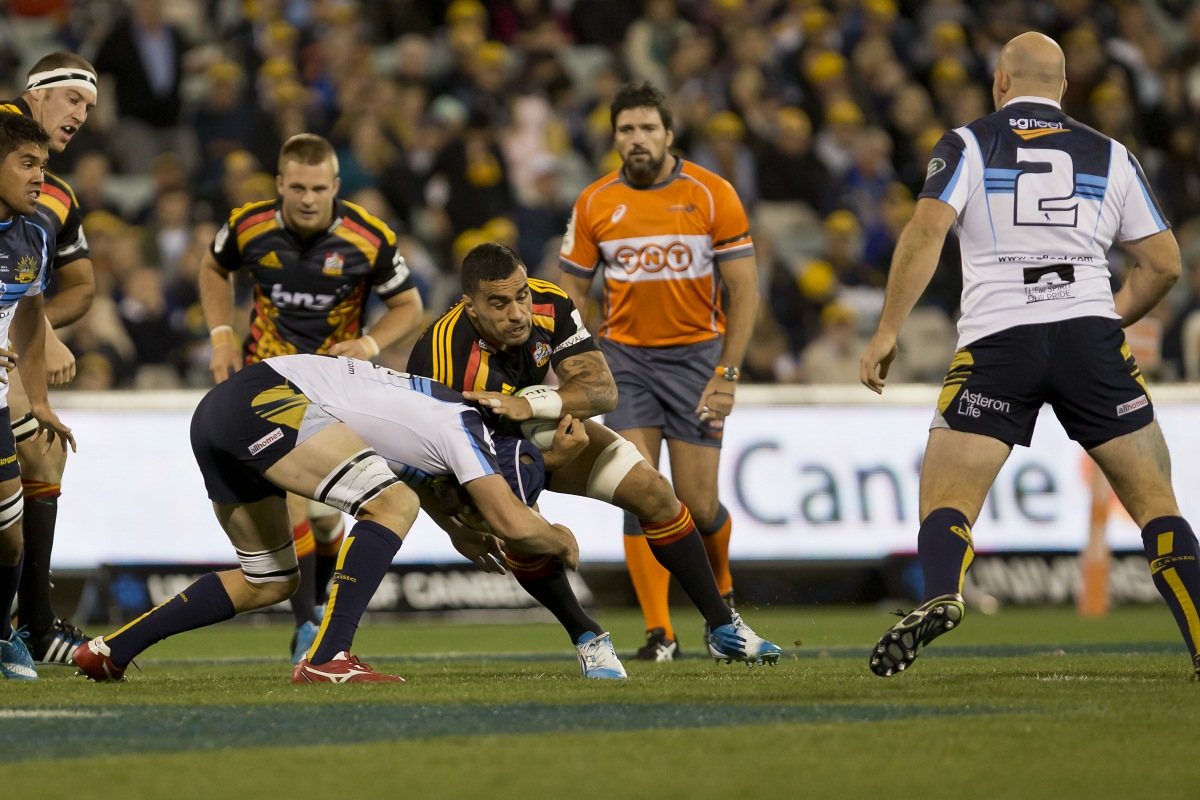 The Brumbies have headed across the ditch to The Naki this week in arguably the match of the round when they take on the Chiefs on Friday night. Both sides are coming off strong wins in round one and the matchups across the park look like making this one cracker of a game.

The Brumbies have been dealt a blow in the lead up with David Pocock ruled out with ankle syndesmosis but as unfortunate as it is, the Brumbies have been in this position before and have the cover in Jarrad Butler who was chucked in the deep end last year but came away with the Brett Robinson medal for the players player award for 2014.

For the home side, they have the luxury of bringing in a couple of All Blacks into the starting side in Liam Messam and Aaron Cruden. World Rugby player of the year for 2014 Brodie Retallick will start from the bench after the trio were rested as part of the NZRU’s plan to rest players in the lead up to the World Cup later this year.

These two sides are forming quite a rivalry in recent years with their matches relatively close. They faced each other twice in 2014 with both games in Canberra. The first one ending up a clear win to the Brumbies after they took advantage of a Chiefs player in the sin bin. The second encounter in the qualifying final was much closer with the Brumbies again winners but just by a margin of two points.

Here are the key matchups.

Sonny Bill is back in black and didn’t look like he’d missed a beat in last weeks win over the Blues. He brought his usual highlights to the game with more of the offloads we have seen in the past contributing at least four offloads in a team total of 19 for the game.

The Brumbies defensive line last week did very well in nullifying the big Queensland ball runners in Kerevi and Feauai-Sautia with just eight missed tackles for the game and will need to show more of the same this week if they are to keep the SBW/Charlie Ngatai threat in check.

Christian Lealiifano looked to have found his form of old last week with a good return, missing just two shots at goal from nine attempts. In a game that could be a close one, both sides will need to take their chances when given otherwise it could be a battle to score points against some tough defensive lines after both sides kept their opposition tryless last week, although the Chiefs did give up six penalty goals.

The Chiefs kicker from last week, Damian McKenzie, is probably unlucky to be benched this week so I am assuming Aaron Cruden’s inclusion will mean he takes over the kicking duties. 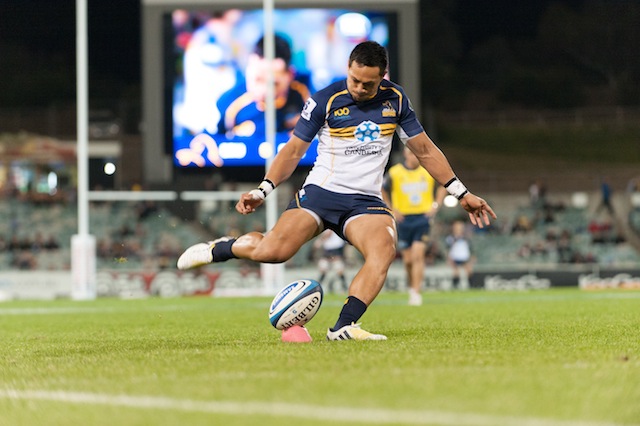 The Brumbies had an extraordinary amount of lineout wins last week with 24 on the back of a high number of penalties in their favour. Nic White used his long kicking to pin the opposition in their own half and the Brumbies used that pressure to put the Reds on the back foot.

But up against the Chiefs they will be in for a real battle against the pairing of Matt Symons and Michael Fitzgerald initially before Brodie Retallick comes on later in the game.

The Brumbies are on a two game winning streak over the Chiefs but those were both in Canberra last year. The trip to New Plymouth poses a tough challenge for the Brumbies with the home side winning each of the last four encounters.

If the Brumbies continue off the back off last weeks win they can secure a win against one of the favourites to take out this years title. The inclusion of Messam and Cruden into the starting XV is crucial for the Chiefs but having a weeks rest will hopefully be more of a hindrance than a help. Either way, it’s going to be close with the Brumbies home in a tight one by 1 point.