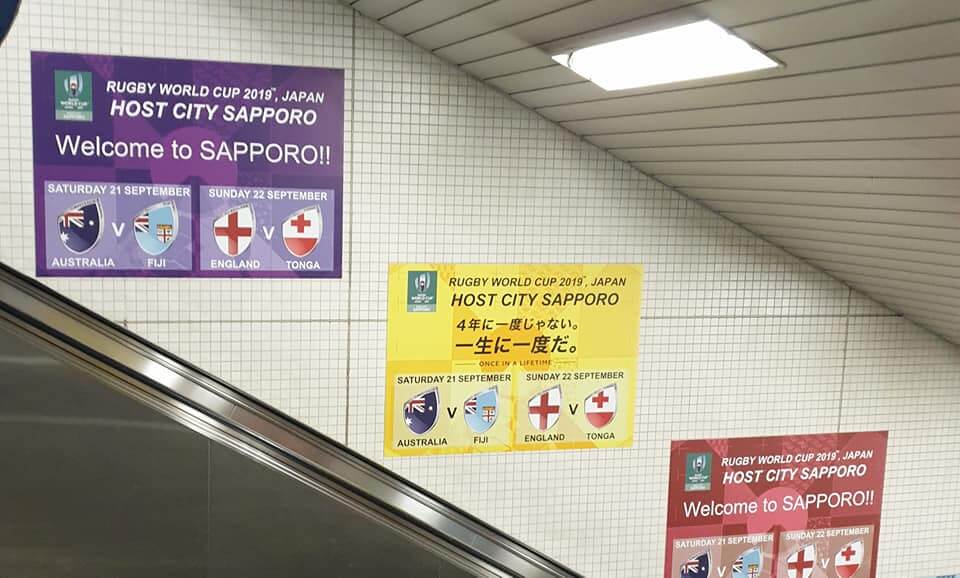 Four years have passed and we are at another Rugby World Cup.  Well. I am at another world cup. Sorry, but not sorry.

This comes to you from the Super-Hokuto limited express train leaving Sapporo for Sendi. There is a train change but the transit station is too hard to remember, let alone spell. And we all know what my spelling abilities are like. That is why we have editors.

Welcome to Japan the Land of the Rising Sun. And it appears, breweries.  Having arrived on Wednesday afternoon in Sapporo I have already visited two breweries and sampled the wares of another. Yes, the beer is good. So is the food.  Very beer suitable.

But, I suppose I should mention the real reason for being in Sapporo – Australia vs Fiji. Rugby.  I am guessing you all watched it, but I am also sure that the tv would not have done justice to the dome. 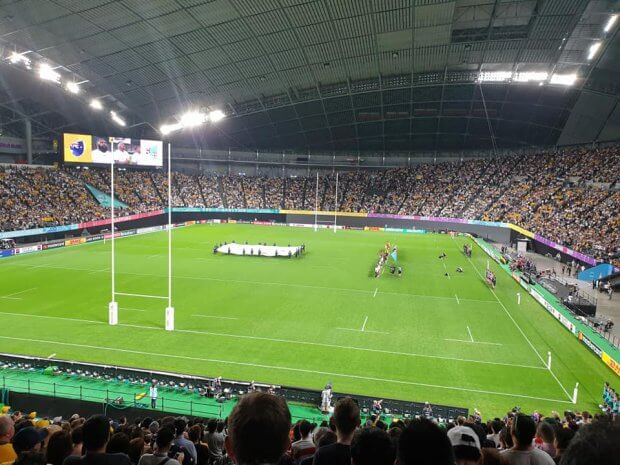 It looks like a giant shiny alien pod peeking through the buildings as you follow the throngs from the subway. And all of those people will be in the queue with you when you are trying to get into the ground. We were sorting out a few things today including the security arrangements. Japan does somethings very well, queuing is just one of them.

Once inside there is the normal gamut of bars, only selling Heineken, and food outlets selling the normal fries, pies & fried chicken. There is also sushi, bento boxes, and subs for your enjoyment. Just a pity there wasn’t any decent beer. Oh, and they cut the crusts off all of their sandwiches. As an aside.

The Sapporo Dome would have to be one of the best stadiums I have been to. It is multipurpose with an artificial baseball diamond and a rectangular sports field for soccer and rugby which lives most of its life outside as the roof is closed (i.e. it doesn’t open at all). If you haven’t seen the footage of the pitch being brought in and set up, do yourself a favour and google it. Inside during the game from a spectators point of view is very comfortable, despite a bright sunny day outside, even with 36,000 plus in there.

Do I  have to mention the game? I know I probably should….. So, what did we think of that for a first game? I know I was cringing by half time. But that may just have been because I was sitting in amongst a group of Fiji supporting locals. If we play like that against Wales next week they will get their second win against us in 100 years. (That may be an exaggeration. The years that is.) If that was our strongest team………

I made some notes during the game. So in no particular order:

Beale needs to go up a size in his shorts. And, speaking of shorts, they looked all sparkly so I began to wonder who had the job of sewing the sequins on? They are a bitch to sew, I can tell you from experience.

It then occurred to me that it was probably that supposedly grippy stuff they have on their jerseys. This made me start to wonder why we would be giving the opposition assistance in tackling us? *Insert puzzled emoji here.

The first half really did look a bit directionless from the Wallabies. I knew from the moment the draw was released that this was going to be a banana skin game, but, hell it was a little close for comfort. It was good to see Izaac Rodda taking some leadership in the first half and calling the team together on the field. For one of the least experienced players on the field, he has a good head on his shoulders that boy.

Although there seemed to be a large proportion of gold in the crowd, many of the locals were supporting the Fijians. But let’s face it, it is hard not to support the Pacific Island teams as the underdogs. It was the Wallabies supporters however who managed a sigh of relief at the end of the game. Phew.

The crowd was subdued leaving the ground, but I do not know if that was the result of the game or the realisation that the crush of humanity leaving the stadium was going to be worse than that getting in. Thank the Rugby God for the tempory bars along to road back to the subway. Again, only for Heineken drinkers. *Insert sad emoji here. 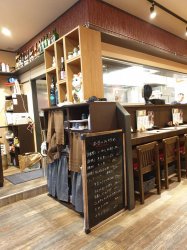 By the time we got back to town, had dinner in a cool little restaurant where ordering involved many charades, (except for beer, we all know beer), and made it back to the apartment, the All Back vs Bok game was starting. Yes. The World Cup is here.