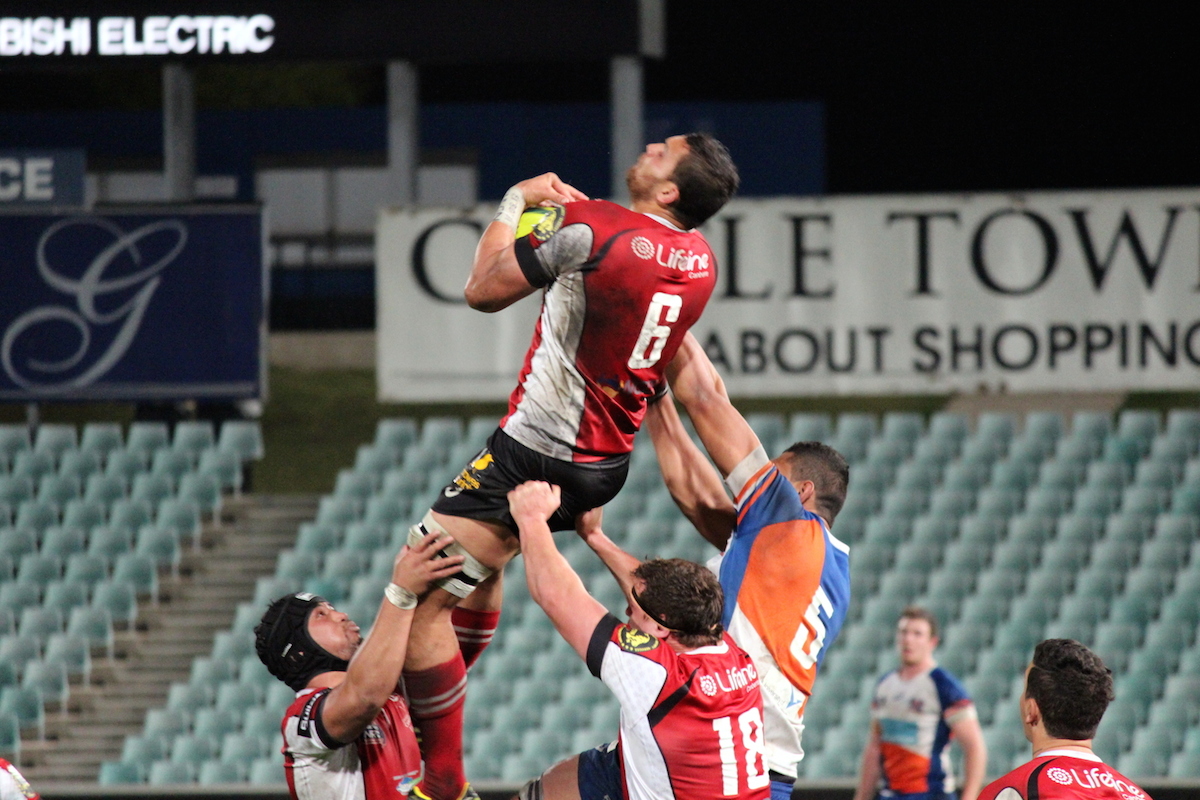 The Canberra Vikings overcame a slow start to beat a spirited Greater Sydney Rams in the opening game of round two of the NRC.

The GS Rams came out to the sound of drums, breathing fire in their first home game of the season. They dominated territory and possession for the first quarter with the Vikings’ captain, Fotu Auelua, getting warned early for repeated infringements.

The Rams energy at the breakdown was palpable and deservedly rewarded when half back Vasa Falealifii went over on the right wing to open the scoring. The Vikings Jesse Mogg was having an ordinary game, kicking away the little possession the visitors could muster, but his night was about to get a lot worse.

Cleaning up a seemingly innocuous grubber on his own try line the Viking’s fullback fell victim to the wet track and his own clumsiness to slip over, completely miss the ball and gift a try to the chasing Afa Pakalani.

The Vikings looked totally helpless at this juncture, 10-0 down and had also lost hooker Seilala Lam to the sin bin five minutes earlier. The only tarnish on the Rams game so far was Volavola’s inability to convert both tries, although they were both from wide out. 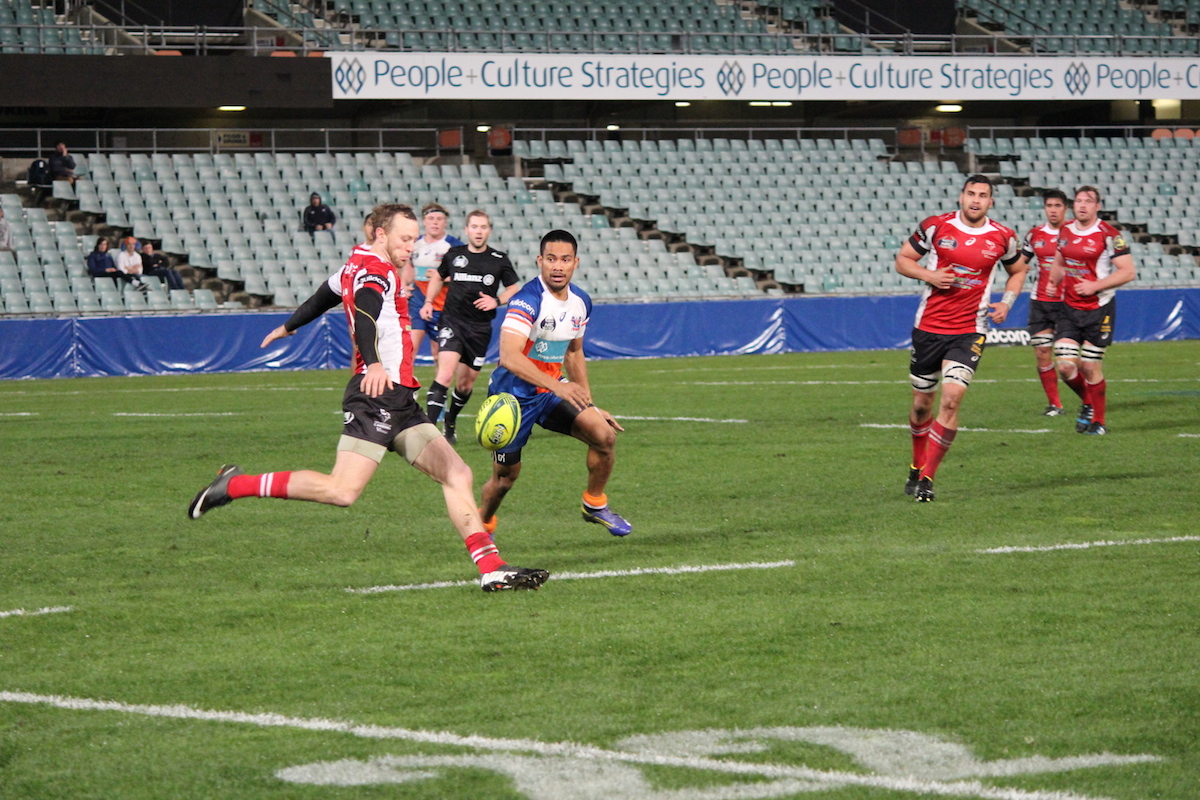 The second quarter things changed, the Vikings were back to their full quotient and were managing to apply pressure at the right end of the field. Unheralded Vikings’ fly half Isaac Thomson managed to sell the defense a great dummy and had the pace to dive over wide on the right. Mogg had seemingly gotten over his early blushes and piloted the conversion through the posts from a tight angle, making the score 10-8 with thirteen minutes left to go in the first half.

Both teams continued to put good phase play together with the occasional dropped ball. The Rams were getting the better of the scrums and in good attacking territory looked to go wide right, forcing an overlap on Robbie Coleman’s wing.

Somehow Coleman managed to shut down the outside centre, dislodging the ball, then proceed to flyhack the ball down the other end. Around halfway he seemed to be taken out by the trailing defense and the resulting penalty saw the Vikings get a lineout ten metres from the try line. From here loose head Les Makin barged over and another accurate conversion from Jesse Mogg saw the Vikings head into the halftime break ahead 16-10. 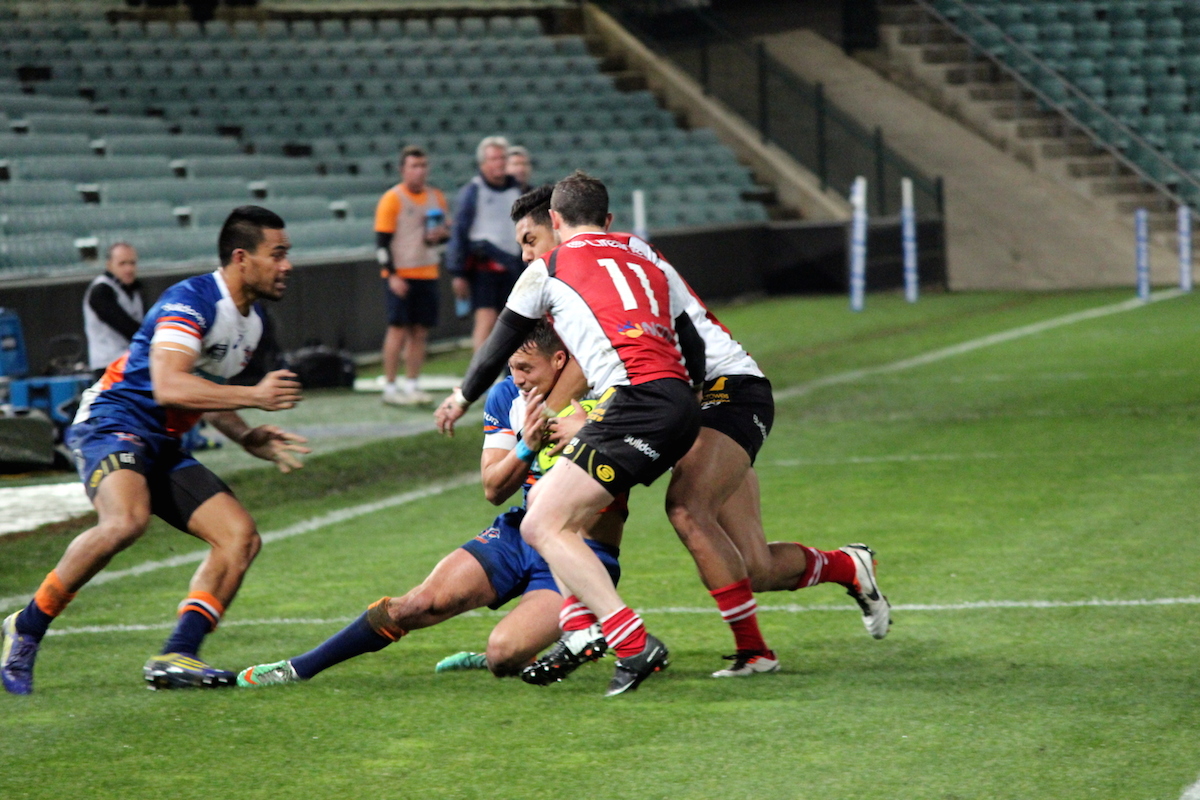 The second half saw the Vikings introduce their reserve props, JP and Ruan Smith. Their added starch and experience at the scrum immediately obvious, reversing the Rams early dominance. After ten minutes a scrum penalty resulted in a push over try from the subsequent lineout. It was claimed by Jarrad Butler, who was starting to impose himself on the fixture.

Two minutes later another Vikings try, this time to reserve lock Thomas Cusack. The chance coming after a great run and pop pass from winger Brendan Taueki and despite gutsy tackling back from Rams captain and number eight Jed Holloway. The score was now 10-29 and with just under half an hour to play the Rams needed a spark to get back into the fixture.

The Rams captain, Holloway, was the one to deliver that spark, taking a brilliant intercept from a secured Vikings lineout. He then ran 40 metres, holding of all chasers and an impressive show of pace, particularly for a number eight. Volavola found his kicking mojo and managed to convert, the score now a more manageable 18-29, but with only sixteen minutes to go.

In the final quarter both the Rams and Vikings continued to look for tries, both getting their outside backs into space. In greasy conditions neither could put much more razzle dazzle into the fixture though, perhaps typified by Jesse Mogg “falconing” the touch judge. Their was also some niggle with both teams making what might be described as unnecessary contact to the head off the ball.

But what was most telling was the Vikings’ continued dominance at the scrum, this was compounded by a yellow card to the Rams’ hooker Hugh Roach for cynical ruck play. Almost immediately after this the Vikings scored a push over try, Vice Captain Butler claiming his second for the night. Mogg added the extras and it was 18-37 with ten minutes to go. 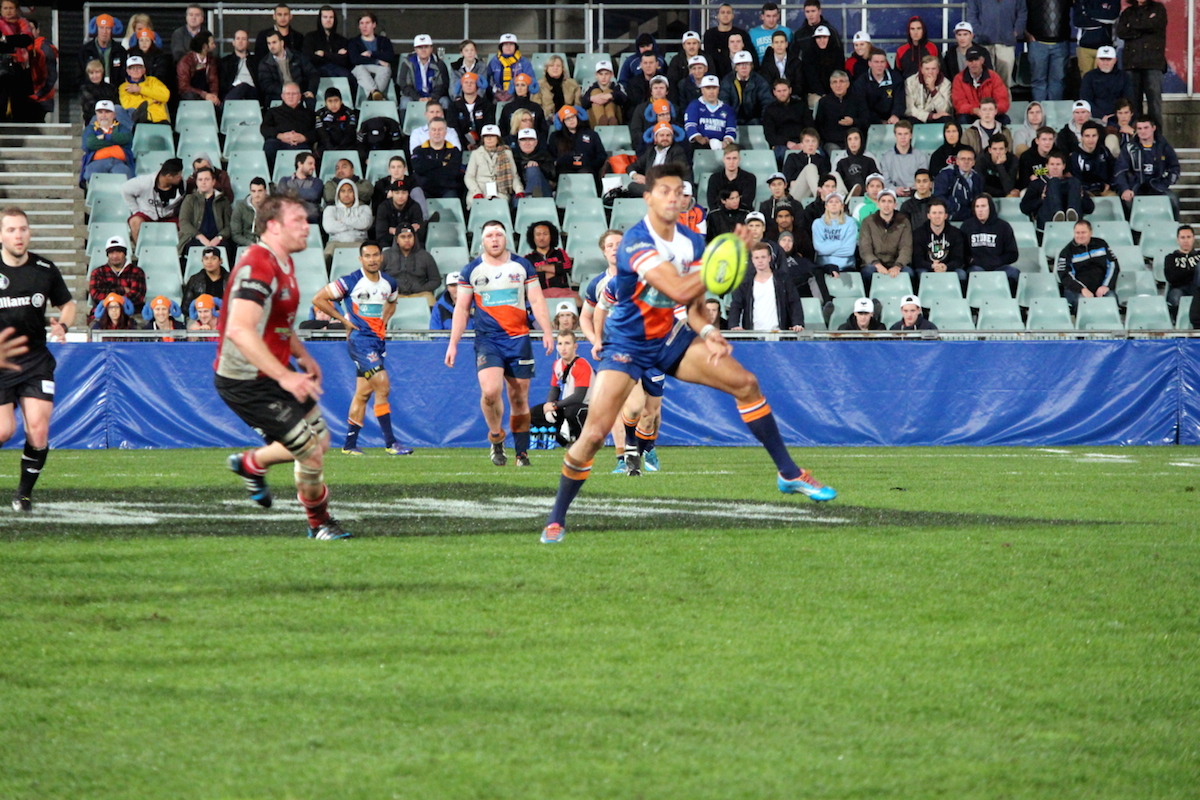 While the intent was still there, neither team managed to trouble the scorers again. The only noteworthy event being Rams’ reserve prop Jed Gillespie being sin binned with minutes to go for repeated infringements. Once the siren had sounded the Vikings were happy to boot it into the stands and record their first win, comfortable in the end, but early on they looked in real trouble.

Coleman’s freakish tackle, turnover and territory gain turned what looked like the Rams’ third try into a the Vikings’ second and gave them the lead.

Jarrad Butler, had a great presence at the break down, lead from the front. Gave great punch in attack and defense. Scored two tries.

Jed Holloway for the Rams was immense, amazing try, but also did a mountain of work.

The two Rams’ wingers Pakalani and Naiyaravao looked dangerous, the latter with his size, especially so.

Tom Staniforth for the Vikings got through a lot of work, tackled and ran hard.