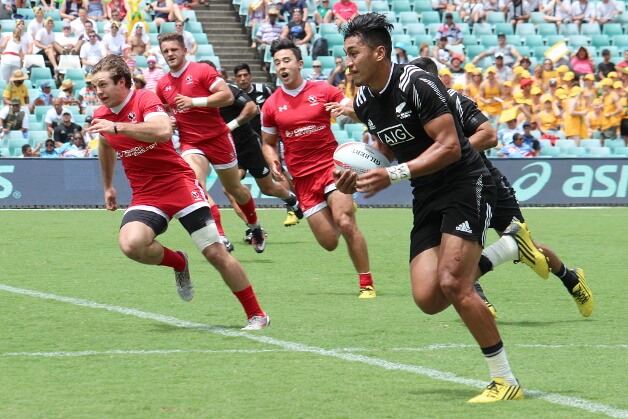 Despite not winning a gold medal in either the men’s or women’s rugby sevens, the NZRU has claimed both teams are Olympic Champions.

In a brief statement provided to Off White Card, the NZRU has moved quickly to reassure the New Zealanders that cheating was at the core of the failure of both teams.

In move that may raise eye brows across the rugby world, the NZRU has argued that due its unassailable status as the world’s best rugby nation, it naturally follows that all their rugby teams are the best in the world and can only be beaten when referees conspire against them.

A clearly emotional NZRU official spoke to OWC earlier today, “Look, I don’t want this to sound like sour grapes, because it’s not, it’s just that we were robbed.

“We’ve worked closely with the IRB since the 2007 RWC to ensure that New Zealand rugby isn’t subject to these sorts of conspiracies and to be honest, on the whole, things have been working pretty well; that is until Rio.”

“The cheating that caused this should never happen again”

The NZRU is pointing to two crucial yellow cards as evidence the team was dudded.

“Paddy O’Brien and Mike Cronn have done some great stuff with the IRB over the years and came to an agreement that yellow cards shall only be given to Kiwi players in the final minutes of games and only if the end result of the game is beyond doubt.

“I just got off the phone with Titch, and he’s inconsolable, as are the team. As for the girls, well, poor Portia, that knock on from the kick-off was a direct result of that rubbish yellow card. Someone needs to be held accountable and it shouldn’t be her.

“The bloke I feel most sorry for is  Sonny-Bill. He gave away his RWC medal safe in the knowledge that he’d be in the 7s team and they’d win gold – it was all arranged, now it’s buggered!”

“I wonder if I’ve still got that kid’s number”

Further to the statement the NZRU has set up an investigative committee consisting of Sir Graham Henry and Ritchie McCaw to work out how the rugby world could get it so wrong.

“With Sir Ted and Ritchie we’ve got two blokes who’ll get to the bottom of it. They’re the best that’s ever lived so who better to have leading the investigation?” The source confirmed.

“What we’re keen to know is why the IOC didn’t get the memo and have a few heads on spikes.”

When approached for comment, an IRB spokesman said they were monitoring the situation closely and were quote, “concerned” about the implications the outcome of the Olympic results might have on the world-wide dominance of New Zealand rugby.

While yet to confirmed, it is expected planned tour of New Zealand both men’s and women’s teams to parade their gold medals will go ahead to show the world that New Zealand is still the choicest.

Aussies knocked out in Rio 7s Quarter Finals
Australian Women’s 7s – What next?