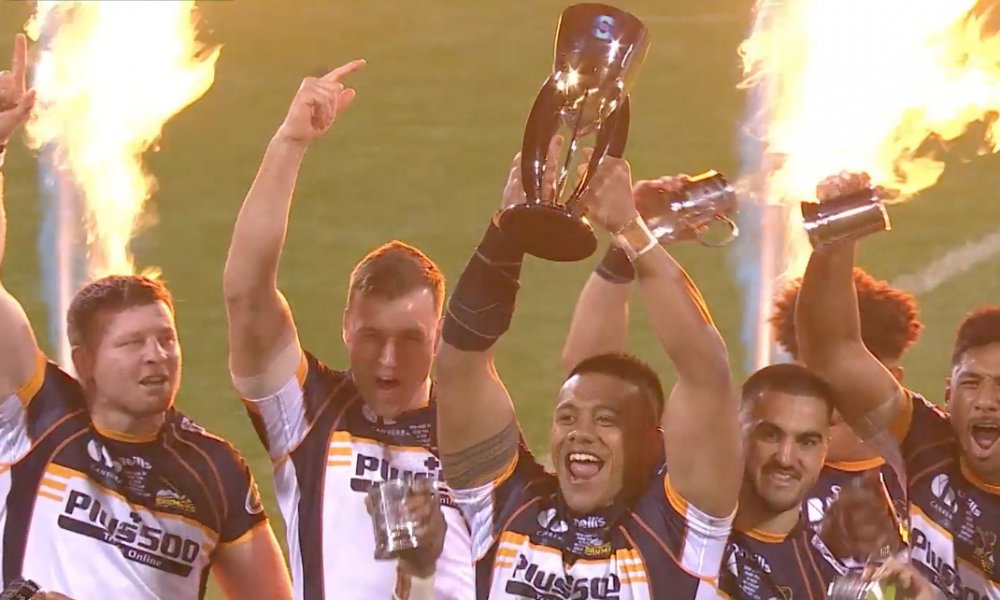 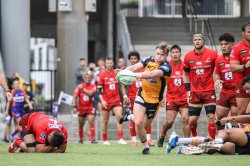 Reserve halfback Ryan Lonergan has kicked a 55-metre penalty to secure a stunning 27-24 win over the Rebels.

Once again, the Rebels chose death by penalty goal, with the boot of Matt Toomua contributing all 24 points for the visitors.

It looked like it had also secured the nomadic side the win, who controlled the game when Brumbies captain Allan Alaalatoa was sent off before the break after colliding with the head of Pone Fa’amausili.

however, the introduction of Lonergan proved game-changing, with a nice flick pass setting up Tom Banks to level the scores.

With the game on the verge of heading to ‘golden try’, Lonergan would step up from deep, nailing the near 60m kick to gift the Brumbies the win.

“I didn’t know I had that distance in me,” Lonergan said after the match.

“It’s the biggest kick I’ve ever hit. I don’t want to say I was doubting myself but I definitely had to give it the berries.

“I tried to go through my normal process and at the end, I just hit it as hard as I could.”

Stand-in captain Nic White admitted that they had used their ‘get out of jail card’ whilst collecting $200 and five points, praising the poise of his under-study.

“We’ve used our get out of jail card there,” he said.

“I’m not surprised with Lonners, he hits them at training all the time. Good to see him get one in a game and nudge one.”

It ensures that the Brumbies remain undefeated heading into their grand final rematch with the Reds, with the defending premiers set to do it without their inspirational skipper as he prepares to face SANZAAR’s wheel of punishment. 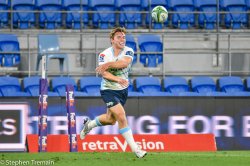 The Western Force have broken their 1329-day winless drought, overcoming the Waratahs 20-16 at Bankwest Stadium.

After a pair of demoralising losses, the Waratahs were eager to get off to a strong start, with hooker Dave Porecki finding the line after a strong rolling maul within five minutes.

In front of a home crowd for the first time in 2021, the boot of Will Harrison allowed the Waratahs to streak out to a 13-0 lead after 25 minutes.

However, waves of possession inside their half would ultimately lead to a try to Force lock Fergus-Lee Warner, touching down after former Sevens star Tim Anstee broke them open.

The unique skills of Anstee proved tough to stop for the Waratahs, with the second-rower barging over for a try of his own in the 48th minute, putting the Force in front 17-13.

With the WA side looking to close out the victory, they would be reduced to 14 men as hooker Andrew Ready went full UFC on Waratahs lock Hugh Sinclair, giving referee Nic Berry no option but to issue a red card.

Harrison would narrow the margin to one point as the Force looked to hang on for an emotional victory.

In the end, it would be the Waratahs own ill-discipline that would cost them, giving up a crucial scrum penalty that allowed the WA side to close out the game.

Force captain Brynard Stander was emotional after the historic performance, having been through the struggles and hurdles that the Force overcame simply to play Super Rugby.

“It’s huge for us, we made a bit of history,” Stander said after the match.

“It’s crucial for us to get that confidence in the back of our minds knowing we’ve got a good win and we can achieve whatever we set our minds to.

“it’s huge for the state. There’s a lot of loyal supporters in Western Australia, our sea of blue is what we call them, and they have been behind us thick or thin. For us to take home a win to our sea of blue and our beloved families is an incredible feeling.“ 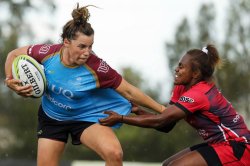 The women’s domestic Sevens competition is set to undergo a dramatic facelift in 2021, with teams playing in regional tournaments ahead of a finals series.

Four regional rounds will be played within Queensland and New South Wales across March and April, with the nine teams vying for six qualification places in May’s two final National tournaments.

“Our Aon tournament is one of our premier products and essential to ensuring the success of our programs long term,” Australian Sevens Performance Manager Scott Bowen said

“The 2021 format is crucial as ever, not only to give our National squad members game time but also to see the next generation of players as we keep an eye on the 2022 Commonwealth Games and the 2024 Paris Olympics.

“Our Women’s program is filled with players who have been selected from the Aon Series in the past; we hope this will again be the case in 2021 and beyond.” 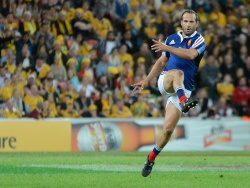 French legend Frederic Michalak has admitted that his home nation could send a much weaker squad than expected to Australia for their three-test series in July.

Michalak has embraced the Australian rugby custom of being poached by rugby league, working as a mentor for the Sydney Roosters over the past couple of years.

Speaking to The Herald, France’s leading point-scorer feared that the intense quarantine period and the growing influence of clubs could lead to key players making themselves unavailable.

“It is a problem to send the best French team to Australia,” Michalak told the Herald.

“The domestic competition finishes late. They would need to do two weeks quarantine in a hotel. Players need to leave two weeks before, maybe three, for a week of preparation [leading into the first Test]. I don’t know who is going to come to Australia.

“The players’ salaries are paid by the club, so if a club is in a semi-final, it is going to want its best player.

“Our domestic competition is important and we need to respect the contracts. I don’t think the best players will go on the tour if they are qualified for a semi-final.”

Despite this, Michalak is confident that a full-strength side would trouble the Wallabies, with the 2023 World Cup firmly on their horizon.

“2023 is far away but France has a chance of winning the World Cup because we have a good generation and some players who are now in the French team. They won the under-20s World Cup, so they know how to win a big championship. They really want to win.

“There will be more pressure being in your own country, but you have to put good energy inside to prepare.”