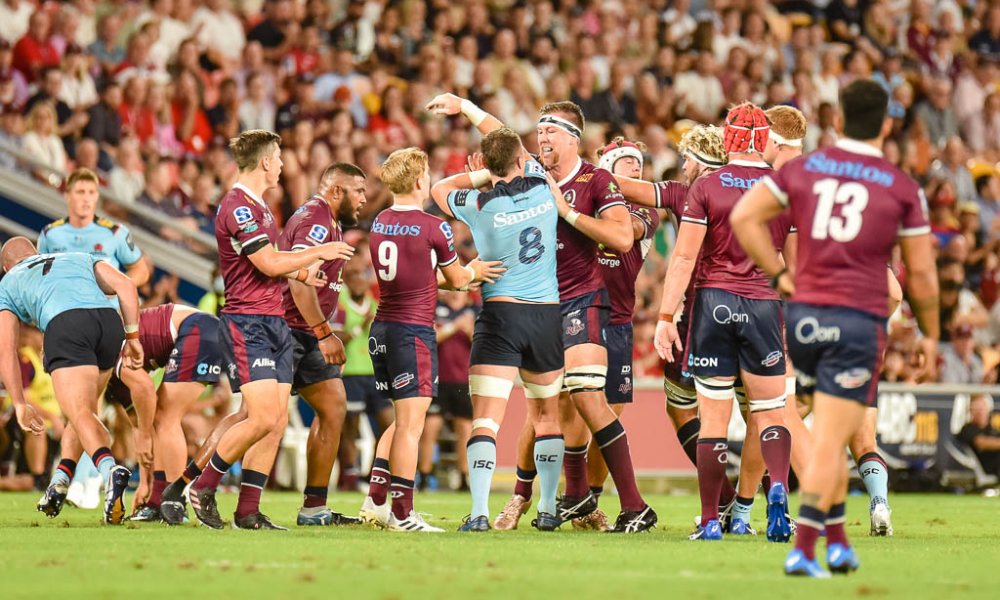 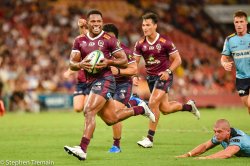 The Reds have kicked the Super Rugby AU season off with a bang, dominating the Waratahs 41-7 at Suncorp Stadium.

Memories of their 33 point drubbing from last year seemed fresh on the mind of James O’Connor and the Reds, who played like they’d spent the past six months trapped in a room by Brad Thorn with nothing to watch but that game and their GF loss.

Fearing another dose of Thorn punishment when Jake Gordon crashed over for the opening try, the Reds scored 24 points in the space of ten minutes, taking the game away from the Tahs.

Izaia Perese would take it out of reach for NSW, with the former Red giving his old team a parting gift after receiving a red card for flipping Hunter Paisami on his head, coping a three-match vacation.

Despite a quieter second half, the Reds would push to go one better than the drubbing that the Waratahs put on them, with tries to Filipo Daugunu and Ilaisa Droasese in the final ten minutes sealing the 34-point win.

The win was a perfect start for O’Connor’s tenure as captain, with coach Brad Thorn praising his influence over pre-season and the result.

“James’ story, to captain his state, is really cool and I know it means a lot to him and I’m really proud of him,” Thorn said.

“I’m not sure if James remembers, but when he first came in we had that chat around the narrative around him.
“We all love a redemption story and he’s done that and most importantly he’s done it through his actions.

“I’m very proud for him, his family and it’s a really cool thing to captain his state, it’s a good story to have.”

The match marked a positive start to rugby’s new life on free-to-air television, with 97k tuning in via Gem, which is a solid mark given the Aus Open men’s semi-final was on at the same time (For comparison, the NRL All Stars game drew 129k on Gem).

Across the two platforms, it was reportedly triple the audience from the 2020 season opener per RA. 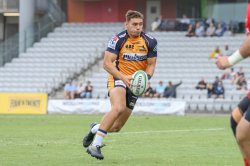 Reesjan Pasitoa looking for an opening.

The ACT Brumbies have picked up where they left off, producing a gutsy 27-11 win over the Western Force at a packed HBF Park.

It had been 1,316 days since the Force had last played a Super Rugby game in Perth and the home side looked up to the challenge early on, taking the lead via the boot of Ian Prior.

However, the Brumbies continued to take advantage of an ill-disciplined Force outfit, with Noah Lolesio crossing in the 20th minutes.

They would extend the lead after the 43rd minute, with centre Irae Simone finishing off a strong effort from Len Ikitau.

Halfback turned winger Issak Fines-Leleiwasa would seal the win, with the home side scored a late try to deny the Brumbies a bonus point through Tomas Cubelli.

“You’ve got to be proud of the boys going for it, and then we defended the other side of the field not to let them score,” Brumbies captain Allan Ala’alatoa told Stan after the game.

“You’ve got to be proud of the boys’ efforts. We were under pressure away from home.”

As for the Force, they were left questioning the rath of the referee, with 16 penalties called in the first half.

“We couldn’t get the flow, we couldn’t get into the game. We heard a lot of the referee’s whistle tonight, which didn’t help,” coach Tim Sampson said.

“I thought he was pretty whistle happy; eleven-five (penalty count) at half-time against us, we were up against it.

“I think 16 penalties in 40 minutes of footy is a lot. We’re trying our best to play good footy, and that’s been the focus in the off-season with the officials.” Sampson added. 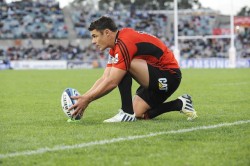 Getting on a bit

After 19 professional seasons and just a few weeks short of 39, Carter has decided that he’s had enough of toying with the Wallabies and various other teams as he hangs up the boots.

“I play to be the best player out on the field,” Carter told the NZ Herald.

“That is my drive and it always has been and I just didn’t have that drive back here in New Zealand.

“I had nothing to prove and nothing to get my motivation levels up to where they should have been to play against all those young bucks here.”

Having extended his career playing in Japan before returning to the Blues, Carter conceded that the COVID shutdown made him realise that he was done playing overseas, turning his focus towards his family.

“After experiencing rugby in Japan I thought I could squeeze a few more years out of my body,” he says.

“There was something really enjoyable about being part of that environment and the culture we had at the Kobe Steelers. I was playing rugby and enjoying it and wasn’t sure when I would stop.

“That kind of made me ask whether I wanted to play in New Zealand or not. I was looking for new contracts because I thought that was a way to provide for my family.

“When I realised the age my kids are and the amount of work Honor [Carter’s wife] was doing looking after them while I was away chasing my dream, it made me realise it was time to stop.

“The more I took time off the more I realised I didn’t want to play overseas and not having the drive to play here I knew in my mind the time was right.” 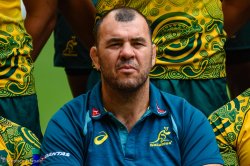 Former Wallabies coach Michael Cheika has suggested that RA should look towards introducing a sixth team into the Super Rugby AU competition.

Cheika returned to the rugby spotlight as part of the coverage for Stan Sport/Nine’s broadcast of the Waratahs-Reds game and seemed to receive rave reviews for his insightful thoughts during the half-time break.

This has continued into his thoughts off the field, admitting that a sixth team wouldn’t surprise him as RA looks to increase competition and potentially produce three games per round.

“I’m very pro the Australian tournament and have been for many years,” Cheika told The Herald.

“Our own competition gives us a bit more pride about the games we’re playing here.

“I think it’s great the Western Force are back in and playing. They did a really amazing job last year and I’m not just spinning it because I really think they came back in and they were competitive in all the games.

Cheika will juggle commentary duties with his role with rugby league ‘powerhouse’ Lebanon ahead of the 2021 RL World Cup, believing that the Nine partnership will offer up more crossover opportunities in the future.

“Having them in the one stable at Nine, I think that’s going to breed a lot more crossover,” Cheika said.

“Would you have thought I’d be coaching a Lebanese rugby league team when I was at the Rugby World Cup a few years ago? It’s about challenging yourself. I think it’ll happen with players too. The girls are doing it.

“They won’t be regular events I don’t think … but every now and then they’ll pop up on the radar. I think they’ll be extremely interesting to supporters, players, coaches and media.”