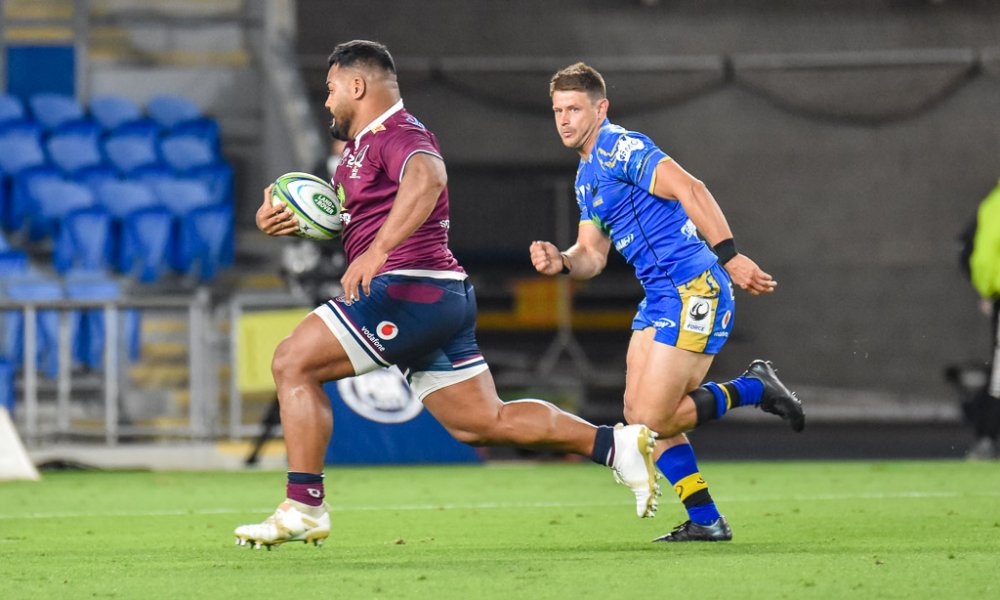 Monday’s Rugby News looks at the results from Super Rugby Australia, Dave Rennie’s PONI squad, the race for the first Bledisloe Test and the anticipated North-South clash hits a hurdle. 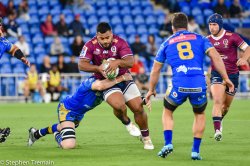 The Super Rugby Australia competition is starting to reach fever pitch as teams battle it out to make the finals.

The action started on the Gold Coast as the Western Force looked for their first win of the season against the Reds.

Unfortunately for the Force, they ran into a red-hot Queensland outfit, who recorded a dominant 57-5 victory.

Doubles to Filipo Daugunu and Tate McDermott ensured that the Reds held the top spot on the ladder for a solid 24 hours, with captain Liam Wright pleased with the result ahead of their much-needed bye.

“I thought we were a bit more clinical on taking our opportunities and sticking to simple things,” Wright said.

“It’ll be good. Back to Suncorp and we’ll take the bye,

“We’re probably ready for it, a few sore bodies so we’ll be ready to play some more footy in two weeks.”

The comp then went into the icy cold of Canberra as the Brumbies looked to regain top spot against the Waratahs.

The action was evenly paced in the first half as the Brumbies took a narrow one-point lead into the half.

However, their class would shine through towards the end, with winger Tom Wright securing a second-half double as they cruised to a 38-11 victory.

“We just gave too many penalties away – we know the Brumbies when they get down in their attacking half they come at you all day and we gave them too many opportunities,” Simmons told Fox Sports.

“When we give away that many penalties our heads start dropping and we start going elsewhere and looking to solve things individually.” 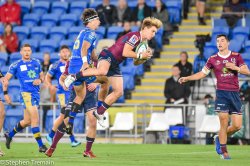 Wallabies coach Dave Rennie has confirmed that he will continue to change the PONI squad as he prepares for his first series as coach.

The Sydney Morning Herald released a list of 44 players included in Rennie’s Players of National Interest squad on Friday, which included 14 Brumbies, 11 Waratahs, 10 Rebels and nine from the Reds.

With Rennie looking to take a larger than usual squad into the series, he maintains that players outside of the leaked squad can still work their way in despite the limited games remaining.

He revealed to Rugby.com.au’s Christy Doran that Reds Hunter Paisami and Alex Mafi were also on the list before suffering injuries against the Rebels in round seven of Super Rugby AU, along with confirming that three Force players remain in the picture.

“I mean they’re initially set up from a strength and conditioning and medical perspective to be able to keep in contact with the Super Rugby sides and around how certain players are going and how they’re being managed and return to play and so on,” Rennie told RUGBY.com.au.

“We’ve added an analysis element to it where we’re collecting additional data on top of what we get through Opta to get a little bit of clarity around where these boys are at and how hard they’re working.

“If you even look back to the weekend before where Hunter Paisami and Alex Mafi both got injured, they’ve got long-term injuries, so we took them out of the mix to replace them with other guys that we would look at over the next months.

“I guess this is as much a discussion document as anything else and there’ll still be people potentially from outside of that current group that could be in the Wallabies.

“We’ve been talking about two or three boys in the Force for example that are not in that list but we’re still looking closely as them,” he added when asked about the lack of Force players.

“Once we get closer to the date we’ll announce the squad and that’ll include a big chunk of the guys mentioned the other day but not necessarily all of them.” 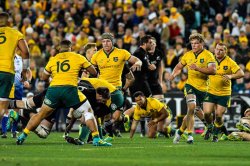 The battle for the Bledisloe is set to be duelled out by Queensland, Sydney and Perth under contingencies being worked up by Rugby Australia

Melbourne was due to host the first Test on October 10 at Marvel Stadium, with Suncorp lined up for the second on October 17.

With Victoria still under lockdown as strict as the Reds defence, Sydney’s ANZ Stadium now looms as a serious contender with renovations put on hold.

The Herald reports that Queensland has emerged as the frontrunner to host the event due to the low numbers of cases and the ability to host the two teams in one spot.

However, the first match will not be able to be played at fortress Suncorp due to a clash with the NRL finals, with North Queensland Stadium in Townsville and Gold Coast’s Cbus Stadium shaping as two likely options.

Rounding out the options is Perth’s Optus Stadium, who provide the ace in the pack with the ability to have a full crowd to couple their perfect Wallabies record against the All Blacks.

The decision will come down to a commercial exercise, based on the cost of accommodating two squads and match-day operations staff along with how much each government is willing to pay.

As it stands, the Wallabies look set to go into camp in Queensland, potentially at an all-inclusive location, likely Sanctuary Cove, which has a hotel, gym and rugby pitch all in an enclosed area. 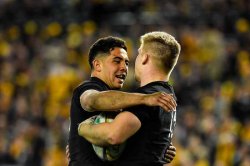 New Zealand’s highly anticipated North v South clash has been postponed for a week as the country deals with their latest COVID wave.

The clash was set to take place on August 29 in Wellington, however, the 14 players that were based in Auckland were not given clearance to travel.

The match has been pushed back by a week to 5 September with Eden Park and Sky Stadium being considered as options to host the event.

“We’re disappointed the game can’t go ahead at this stage next week, but we understand and respect the Government’s decision,” NZR general manager professional rugby and performance Chris Lendrum said on Friday.

“We’re no different from hundreds of other New Zealanders who have also had their requests for exemption turned down, so we have to abide by the decision.”

A decision on the venue will be made on Monday, with Lendrum admitting that NZR will be looking at every available option in order to ensure that the contest could go ahead.

“We know everyone wants the game to go ahead, the players and fans are all looking forward to it and we think it’ll be a real boost for the country during these unsettling times,” Lendrum added.

“So we remain solution-focussed, will look to get the game played a week later and remain excited at the prospect of these two teams going head to head.”

The Force outmatched by Reds
The Tuesday Top 5