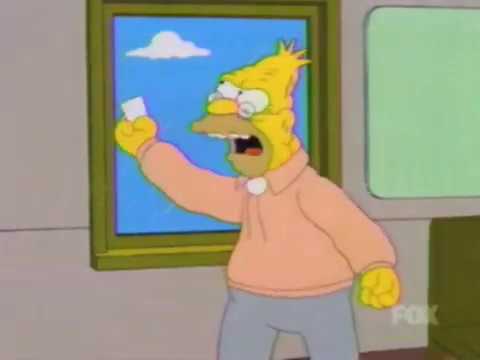 Greetings, folks. Charlie here to upload Keith’s article. I’ve added a few interesting links to recent developments at the bottom of the page as well. Thanks to KB for submitting to peer pressure intense cyber bullying stepping up and writing for Monday this week. Later this week we have AllyOz, Moaning Expat and MackHath writing us articles – thanks, friends! It’s not too late to have a go ya mug yourself if you’re keen. Send your submission to Sully (sully@greenandgoldrugby.com) if you’d like to write up a day for us. Happy for it to be an opinion piece, some recent news events or shit like Fridays something creative and witty.

Greeting from the Apple Isle

Having been bullied/shamed (*positively peer pressured, KB… fuck sake… you’re making us look like arseholes which is only true for some of us craparazzi) into providing a contribution, I thought to myself why not be a wee bit controversial and stir things up in a sort of devil’s advocate style. So here goes.

Just laying my cards on the table straight away, the only reason for SH teams to travel north in November or NH teams to travel south in July is money pure and simple. For the future, if we’re going to have tours let’s make them true development tours with criteria set on the number of full international caps that can tour. And if we’re serious about contributing to growing the game why not make said development tour fixtures against Tier 2 nations. Discuss.

Team of the Millennium

Not much to add to Hoss’s excellent review on 2 Dec with its faintest of light blue tint. The G&G played all of the 6Ns teams in November apart from the SDs who they played back in July. Had a 2/3 loss but two of those were against the no 1 and no 2 teams in the world. What’s clear to me at least is that discipline or lack of is something that needs to be addressed ASAP. Do we really want to be knocked out of RWC2023 because a couple of idiots have spent 10 mins on the naughty chair and the opposition have taken full advantage of their stupidity? Some exciting talent had been unearthed. How the game is run across the country by RA and the states is a discussion subject on its own.

And while we’re on the subject of stupidity is it true, as one of the G&GR craparazzi maintain, that the G&G do not have a strength and conditioning team? Individually tailored S&C programs must be a fundamental part of today’s professional game. If true, is it any wonder that we have an injury list as long as your arm with multiple cases of the same injury.

It’s pretty clear to all and sundry that the G&G only have to turn up to secure Bill. After all, what other international team stands a chance against the men in light blue? But just for the record let’s have a quick recap on the form of the runners in 2022.

Australia P14 W5 L9 – See above. Overall, a bit like a curate’s egg, good in parts. Not helped by a horrendous injury list.

Ireland P 11 W9 L2- Triple Crown winners in 2022 and caused a major upset in the Land of the Long White Cloud in July winning the series 2-1 and putting a massive dent in the Nearlies aura of supposed invincibility. Followed up with a solid series in November. The Irish have the perfect set up in terms of player management and coaching working in unison with the provinces. Sexton is their key and he needs to be wrapped in cotton wool

France P10 W10 – Worthy Grand Slam winners. A gentle tour of Japan in July followed by stiffer tests in November. Seemed a little bit underdone to me but all will no doubt be revealed in the 2023 6Ns. A very strong squad of players both forwards and backs. When they put it all together it’s magic.

Scotland P12 W5 L7 – A mediocre 6Ns and a visit to the Argentine that saw them go down 2-1. Lost a game against the G&G that they should have won and beat an Argentina side that were on the receiving end of a vino and two cheese. A big win but hardly convincing. Finn Russell will be integral to their 6Ns and World Cup aspirations but his relationship with Gregor Townsend is a big issue.

Wales P12 W3 L9 – Another team who underperformed in the 6Ns. Showed some green shoots of progress in their series against the DDFs but then something happened to the wheels – they fell off. Eloise Pasteur has put it far better than I ever could. The game in Wales at both national level and club level is going to the dogs and it seems to start with Wayne Pivac whose days may be numbered. A good 6Ns would be a step in the right direction.

England P12 W5 D1 L6 – The SDs seem to be in the same boat as the Welsh. A coach that not many fans want, a headquarters that is out of touch with the grassroots and a privately owned Premiership that has already lost two teams and has an uncertain future. Cue loud cheers from the serried ranks of SD haters. The team itself needs a root and branch clear out. Outmuscled by the FISMs and a win against a decidedly out of sorts Japan. Stuffed by the Nearlies and saved by a comeback that was IMO more luck than judgement. Having been hanged, drawn and quartered by the DDFs they tried the same against 14 men and got their arses handed too them on a plate. The SDs have a powder puff front five and an unbalanced back row. EJ’s dream midfield combination has yet to function and we lack pace on the wings. Can’t see Eddie changing anything, though, which doesn’t bode well for the 6Ns and RWC. Unless of course it’s all smoke and mirrors and Eddie has a cunning plan.

Italy P8 W3 L5 – Have the 6Ns whipping boys come alive? Wins against Wales in the 6Ns and against a very disappointing, nay shite, G&G sends them in the right direction but the proof of the pudding will be the 6Ns. If they can bag a couple of wins who knows.

Japan P4 L4- Not a lot to say really. Great to watch, quick ball, slick passing but destined I’m afraid to be famous for pulling off shock wins.

New Zealand P13 W8 D1 L4 – I’ll defer to KARL on this one. The big issue is Foster, will he or won’t he get the push before RWC? I have a feeling he may hang in there. The series loss to the Irish was the beginning of it all and losses to The DDFs, G&G and the FISMs in the Rugby Championship would’ve been the straw that broke the camel’s back. They should have finished the northern tour 3-0 winners but letting the SDs back in to scrape a draw will be a concern. Wouldn’t have happened in Sir Rutchie’s day.

Argentina P12 W5 L7 – What to make of the FISMs? Not scrum orientated as in previous years but pretty tough up front nonetheless. Backs with pace to burn and in Boffelli a siege gun kicker. They should be winning more games but discipline lets them down. Like the French sides of past years it depends on what side turns up.

South Africa P13 W8 L5- The team that everyone loves to hate on a par with the SDs. Have developed a siege mentality thanks to Rassie’s antics. Nobody likes us but we don’t give a flying fuck. Probably the best squad of forwards in world rugby ATM and in Siya Kolisi a born leader. I don’t think we can regard them as a one-dimensional team for much longer. They showed in giving the SDs the “rogering of all rogerings” that they have some skilful backs with speed to burn. Warming up nicely for RWC.

It’s been a great year for G&GR. Great articles from the Craparazzi and stimulating discussion for all our contributors. A pleasure to meet and greet some fellow Gaggerlanders in Brissie and Melbourne. A special mention for Hoss. If you open up a tab at the Gresham what do you expect us to do? And to Charlie a pleasure for the Mayoress and I to meeting you and your 7 clones in Melbourne. Looking forward to a repeat for the Super Round in March.

Seasons greeting to one and all. Be happy, stay safe and lang may your lums reek. (*Charlie edit – WTF is a ‘lum’??)

Well done to the Aussie Women’s Sevens who took out a hat trick of Sevens titles with their win in Dubai over the weekend. I chose this spicy link to piss KARL off… so enjoy! The Men lost in the QFs – better luck next time, chaps!

Ruck.co.uk (and the Daily Fail) report that an inaugural Women’s Lions Test series is one step closer to fruition. Fuqing good. about time. RA – FUQING PAY THE WOMEN AND GIVE THEM CONTRACTS!

Eddie Jones looks set to be cactus. After saving his own bacon last season, the CEO and board have finally grown some balls and look set to jettison the veteran Aussie coach. In all honesty, prior to the start of the autumn series his was a name who was highly unlikely to be in the mix for turfing, yet here we are. Who takes on the poisoned chalice next? Well, that’ll be interesting. Wayne Pivac could well be on the lookout for a new job, too.

Unsurprisingly, the SDs are now targeting youngsters with dual qualification in order to get around the five-year residency loophole.

Finally, Rugby Australia looks to be the big winner from the newly announced Super Rugby Pacific tournament extension. The deal, signed last week, ensures a Super Future until 2030 at the very least. I wonder if there is some PE money floating about