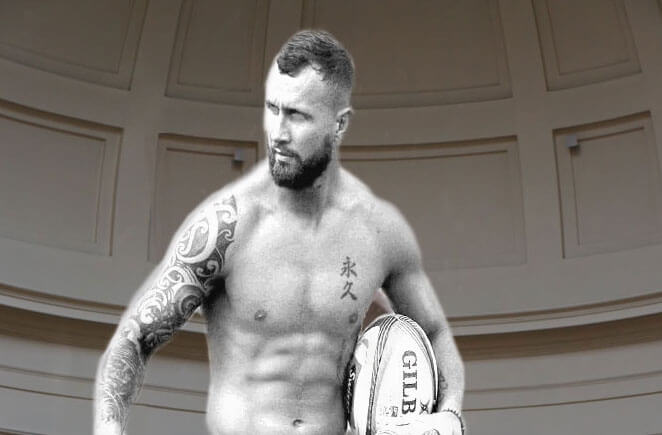 In a major development, the ARU will partner with the QRU to set up a rugby museum in Brisbane. While still in the initial stages, this wonderful initiative will be a world first as it will offer visitors a truly interactive experience, rather than a static display that defines most museums.

The museum’s curator, Professor Michael Cheika, confirmed to Off-White Card that the acquisition process was already in an advanced stage, “We’ve been very busy on this since getting the green light from the ARU. Although I wasn’t involved in the early stages, the initial plan was just to secure a few ‘one-off’ pieces but it has all evolved pretty quickly.”

While not going into specifics about the long term plan for the museum, a high-ranking QRU official told OWC exclusively how it all came about. “Ironically, the first piece we acquired, Brad Thorn, had nothing to do with Australian rugby at all, but it just sort of worked. I guess it then became one of those organic things and in no time at all we’d secured a lost gem like Squeaky Moore to add to the collection.

“From there the ARU could clearly see the benefits of assembling a rugby museum, got involved, and expanded the program. It’s been great that we’ve got such support and secured Quade Cooper, Leroy Houston, George Smith and now Higgers! 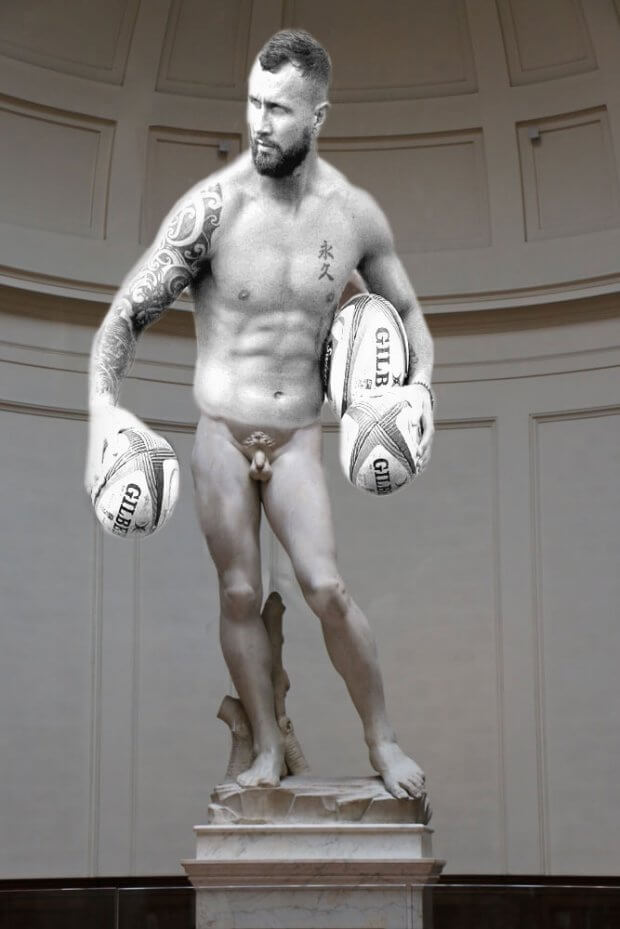 “It’ll give the youngsters who’ve never seen this collection but heard stories about some of the pieces to be able to finally see them and great for those of us who can remember them in their prime to re-live past glories.”

Despite the solid collection that has been assembled for the Brisbane based museum, it hasn’t all been plain sailing. It’s understood that earlier this year the ARU was close to withdrawing support for the project after a less than satisfactory experience with some pieces that were on loan from various French museums.

“We secured what we thought was some stuff that fitted in well with the curator’s plan for the National rugby museum but it didn’t quite work out that way. Turns out we broke two of the pieces while on display and one of them turned up broken so it couldn’t be displayed at all. The only one that was any good was Will Genia and the French museum he belongs to wants him back as they’ve only just repaired him.” Prof Cheika explained. “That’s why we turned our attention to the museums in Japan, they take much better care of their collections and they aren’t displayed as often.”

With the museum project facing criticism from the other states as being something that will only benefit Queensland, the ARU has plans to take some of the museum pieces on Australia wide tours and also display them overseas. The ARU confirmed this to OWC citing the fact one of the current pieces of the collection is already on a short-term loan to a museum in Bath.

As well as ‘on-field’ museum pieces, the ARU is understood to in the process to try and recover other pieces of Australian rugby history like the cash pumped into the Melbourne Rebels to keep them afloat and bonus paid to John O’Neill before he left the organisation.

The Australian rugby museum will officially open in Brisbane on 24th February next year.

REVEALED: The Hidden Benefits Of The NRC
Queensland Reds go to Schoolies