LIONS & HURRICANES ALL SQUARE IN WELLINGTON 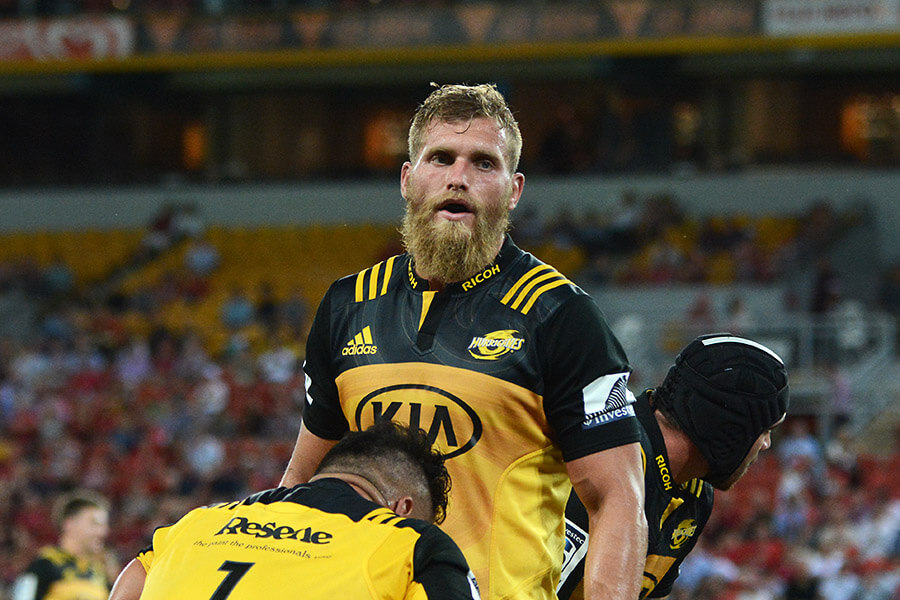 LIONS & HURRICANES ALL SQUARE IN WELLINGTON

In a quintessential game of two halves the Lions and Hurricanes have played out a thrilling 31-all draw in Wellington.

The All Blacks released four players – Jordie Barrett, Julian Savea, Ngane Laumape, and Vaea Fifita – for this once-in-most-careers match. Cory Jane bucked that trend by becoming just the fourth player in the professional era to face two seperate Lions touring teams. There were also nine players from the disappointing Maori All Blacks side no doubt eager to make a better fist of their second Lions outing.

The Lions named much the same team as for the earlier midweek matches, with the obvious exception of Liam Williams after his promotion to the Test side. Jack Nowell took his place at fullback, and George North came into the starting XV. In a very late change, Leigh Halfpenny replace Jared Payne on the bench after he presented with some concussion-like symptoms.

The Lions dominated the first quarter, helped by the Hurricanes poor discipline that saw them cop seven penalties in the half, including the first six of the match. All the Lions had to show for it, though, was a Dan Biggar penalty after 10 minutes.

With the Hurricanes hot on attack for the first time in the match, Lions wing Tommy Seymour made a big tackle that lead to a Hail Mary pass which halfback Greig Laudlaw latched onto. When Laidlaw was run down by the cover, Seymour was on hand to take the pass and run away for the try. Biggar converted and added a second penalty soon after for a 13-0 lead.

On the half hour mark the Hurricanes were able to string some phases together, Glasgow-bound flanker Callum Gibbons eventually going over. TMO George Ayoub audibly queried referee Roman Poite’s call, despite Poite having gone down on all fours and clearly being satisfied that the ball had been grounded.

The Hurricanes mini-comeback was short-lived, a third Biggar penalty making it 16-7 before a bullocking run from Lions lock Iain Henderson, capitalising on a spilled ball 30m out, put his winger George North in for the tourists second try. As with the intercept, it was against the run of play and the Hurricanes would have been disappointed to trail by 16 rather than a single score at the break.

The try the Hurricanes so desperately sought in the closing minutes of the first half came almost immediately after the resumption. Some slick passing had centre Ngani Laumape running over Dan Biggar for the try. Biggar was forced from the field for a HIA, which he passed. His channel was targeted by Laumape all night, but to his credit Biggar was never once anything less than courageous on defence.

A Jordie Barrett penalty on the 50 minute mark closed the gap further but just as momentum was swinging the ‘canes way, halfback Te Toiroa Tahuriorangi compounded a poor night at the office by being sin-binned for a careless high tackle. Biggar made them pay with three from the tee, then some quick hands put Seymour across for his second try in the corner. At 31-14 the ‘canes appeared gone for the night.

The Hurricanes received a lifeline, though, when Henderson was binned for a lifting tackle on Barrett. Initially Poite was only going to award a penalty, but Ayoub was (rightly) insistent that a card was warranted. Within moments replacement wing Wes Goosen had scored, and almost immediately from the restart so, too, had flanker Vaea Fifita, with Barrett adding the extras to both to level the scores.

The return of Henderson saw the Lions defend their line tenaciously then after a Hurricanes offence mount one last attack that put Biggar in drop-goal range with time up. The attempt fell short, however, leaving players from both teams punching the ground in frustration at not quite being able to force a result.

The Lions remain in Wellington for the second Test on Saturday (kickoff at 17:35 AEST). Courtney Lawes was subbed early enough to suggest that he’ll start in the second Test on Saturday, almost certainly at the expense of the man who replaced him, George Kruis. CJ Stander, though, played the full 80 (Gatland only used three subs, one of them Finn Russell for the time Biggar was off) so would seem unlikely (and unlucky given his outstanding form on tour) to feature in the 23.

NB The Lions team has been announced and Lawes has been named on the bench, along with Stander, Kruis has been left out of the 23.