Is Hooper crazy? A discussion on taking 3pts versus chasing 7pts.

Is Hooper crazy? A discussion on taking 3pts versus chasing 7pts.

I thought to do a short piece on taking penalty kicks versus chasing tries from lineout drives.

Why? Because we have a national Captain in Mr Hooper who has been the recipient of much Punter-Rage in recent years because of an apparent predilection to forego “sensible” (ie higher-percentage) 3pts penalty shots and instead chase the higher risk/reward of a lineout-originated driving-maul try option. In the French series this seemed to change. Now to be fair, rational folk understand he is 99% operating on coaches instructions. But let’s not permit facts to interrupt a good sledging rant yeh? Next thing we will be supporting vaccines…

Objective? Give the average bonehead Rugby fella some simple pub-chat facts on when it’s smart to take the shot and when to go to the lineout and drive.

Limitations? Let’s be clear I am looking at the comparative probabilities of points deriving from taking a 3pt penalty shot versus attempting a lineout-originated maul try & conversion (‘chasing 7’). This chat is not capturing other variations like a Lineout to Backs route. Also it is looking at Provincial and International averages in general and NOT the Wobblies in specific isolation as I can’t seem to get that data.

Anyway I’ve grabbed a few stats & facts (and some estimates to be fair) from here and there around the interwebs. And with such I intend to poke about examining the efficacy of the conundrum of when to shoot versus when to drive.

Naturally this will mean I then open the floor (and myself) to the cavalcade of opinions that abide out beyond the confines of my intra-cranial 27 personalities to those poised behind the digits & screens of the great community of rugby IQ we have. I expect that discussion to be about as well-informed and dispassionate as a Byron Bay vaccination town-hall shindig. So sharpen your knives Bhoyos and let’s see where this goes.

I will say here I am not omnipotent and I am not a statistician. So if God, an Engineer or anyone with a Doctorate in applied mathematics, or even who just did better than my 2unit Maths-In-The-Beer-Garden at HSC level wants to take me apart, then step into it and I am not offended. In fact I’ll be intrigued. I’m just trying to keep it digestible to the average Rugby player (start with the Loig jokes …now). 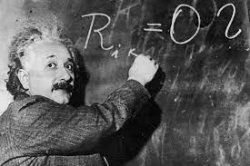 Poking around the interweb a bit to examine Rugby place-kicking (so no Loig or NFL) I found a good study using over 100,000 kicks from Provincial and International level that established that the average top-flight Rugby kicker is whacking at 73.5% overall. Naturally this is a mix of in-front gimme’s and close to sideline conversions through to halfway penalty bombs. The full gamut of shots. A bit more useful was an on-field channel/longitudinal study showing a sample size of over 6,500 kicks at goal, again from Provincial and International standard, from within the attacking half, breaking out the field in histogram fashion relative to width from the goal-posts. Taking those results and extrapolating them against 3pt penalties and 2pt conversions we get an estimated points-outcome something a bit like this:

So to translate a bit, a standard kick at goal from inside the attacking half and in-front (within 5m outside of the upright) has a 95% chance of scoring which means you can assume 2.85pts from a penalty or 1.90pts from a conversion. This 95% for in-front shots ranged from near 99% for 10m off the try-line to about 80% from the halfway. But naturally there were less half-way shots to dilute the close ones. So the average of 95% held at a holistic level within the ‘in-front’ channel. The interesting point to keep in-mind is kick no3 – equating to shots no wider than the 15m lineout line – has a 70% success rate (so 2.1pts from a penalty or 1.4pts from a conversion). This is critical for us because a driving maul rarely strays in-field further than the 15m line. This is for 2 reasons; the attacking lineout caller wants low-risk ball so will generally call front-mid options and secondly we don’t really ‘roll’ mauls like we used to anymore so they tend to go straight allowing a 2m sideways shift here or there as the tail wags. So at around a 95th percentile, the 15m lineout line is the absolute best infield point for a conversion-attempt from such a try. As-such, I’ll be using the no4 Middle Lineout number for lineout & drive conversion-attempt probability (1.2pts) for this exercise as a more probable mid-point marker of the conversion line parallel to touch line.

Now to compare, we firstly need to look at the success rates of lineouts. Working off some numbers citing 374 World Cup games (so includes qualifiers) up to and including the 2019 Bill, the game at top level has an average of 25 lineouts per game for a ‘own throw win’ percentage of 91%. Interestingly at that level this ‘own throw win’ number is at its highest in your opponents red-zone given the predilection for defenders to not compete the jump and take-up an assumed driving-maul defensive position. This is interesting given the high probability of tries scored regardless of such defensive alteration. So as a by-line I say compete the lineout no matter the 5metre line. But I digress… Secondly the more commonly available numbers do support my hypothesis in the paragraph above that tries from lineout-originated mauls generally come from the centre of the lineout as a reflection of three factors; distance in-field (so not getting bundled into touch), lower throw risk (than to the back) and a higher probability of the primary jumper and lineout caller being mid-line. All fairly unsurprising really.

Anyway, after winning the lineout, the next factor to consider is then the probability of a maul successfully originated from that lineout then resulting in a try. This is both interesting and frustrating because folk keep these numbers close to their chest. The best numbers I could find came from a pair of Aussies who focused on Super Rugby but I’ve also mixed in a few other sources for cross-validation. They seem to indicate the following ‘Maul Score’ numbers which I’ve put alongside the ‘win’ percentage in table below to then estimate the Try-points outcome (excluding the conversion):

Now these lineout numbers may be a bit wobbly. Firstly they don’t account for repeat attempts when the Defenders foul and the Attacker goes to the lineout again (presumably closer to goal line too). The numbers are treated as isolated events and not cumulative from an original penalty. Secondly they don’t appear to capture penalty tries which the Gallagher Premiership numbers seem to indicate occur approx at 8% from a 5m line maul (so about 1 drive in 12 from that close pulls a penalty try – which to be fair feels about right). Thirdly they do not differentiate 3-5man from 7man lineouts which change defensive structures and probabilities significantly. Fourthly they don’t differentiate from front/middle/back throws. But overall, on balance, they pass my +40yrs of playing experience Bovine-excremental assessment. And it’s the best I could find. So they will do well enough for this discussion.

So here is the question assuming all things are equal (which admittedly is never); from where on the field should Hoops chase 3pts and where should he chase 7? When does the probable try & conversion points outweigh the probable penalty-kick points? If we look at the numbers as they stand it shows this:

On the prima facie, this indicates that as long as you can land a lineout at/closer than 10metres from the tryline, you should go for the lineout and drive. That doesn’t seem too hard does it? Michael Hooper is vindicated! The rest are all unmitigated & ignorant Bastards!!!

But… we are forgetting one crucial element in all this. And that is the chances of landing that lineout in the right spot. The punt kick to touch landing between the try-line and the 10m line. That bloody punt kick. This is hard to compute given the variables. Some interesting work by a guy watching the Gallagher Premiership covered the simple maths that given the 40m line is the usual trigger-line for a realistic shot at goal, then allowing for location on/around the 40m line thereabouts, it requires around a 60-65m long kick with a variance of less than 2.5* to safely land the kick between the 5-10metre mark. That’s tight. Against this I found some AFL numbers sampling over 4,000 AFL level shots on goal. This indicated that a punt kick of over 50metres with roughly similar angles/expectations has less than 25% probability of success. That said, ‘swinging out’ the kick on one side does not make probability of points zero. Rather it just degrades them (as it lands further out than intended vs touch-in-goal). Plus allowing for penalties further into the attacking half, the kick to touch then gets shorter so the acceptable margin for error gets fatter. So in the interests of ease I’ll make an executive decision and lift that 25% probability by half to 37.5% of landing the kick where you need it – on or around the 5metre mark. This changes things substantially when adjusted into the try+conversion combo and compared to a shot at penalty goal:

So this now confirms that, all things being equal, the lineout must be landed on/about the 5-7.5metre mark to outweigh simply taking the penalty if that penalty was awarded between the 15m lines. Otherwise, the 3pt shot at goal with the higher minimum probable return of 2.1pts is clearly the better option.

So what does all this mean in simple terms for your average bonehead Rugby player? Assuming the Wobblies have both an average kicker and an average functioning lineout, then Mr Hooper should follow 3 rules. These are the Rules of Nutta as pertains to Kick vs Lineout& Drive:

At least that’s what the numbers tell me.

Naturally this work doesn’t account for everything. Leaving aside what I’m sure is my mathematically unsound methodology, the variable of wind, yellow-cards, Referees predilections, match development and accumulation of penalties, comparative strengths of opposing lineouts, intra-positional strength of your own lineout, personnel changes and blah blah blah can & do all vary the equation significantly. Or else you could pass off the lineout and run the Backs (My God man, when do you think this is? 1999?) Also, the nature of our opponent is critical. If we are talking the usual/average opposition that is one thing. But if your opponents are (say) the All Blacks where 3ptrs are simply not going to overhaul the 6-7 tries they score per game that changes the options again – they are happy for you to punch 3ptrs and chew time against their scoring rate. So it’s horses for courses.

But against those caveats, there are The Rules of Nutta as pertains to slotting the 3 versus chasing the 7.

Righto, so out with your scalpels and tell me if I’m right or wrong…