Inward or Outward- Where Should Oz Rugby Look?

Inward or Outward- Where Should Oz Rugby Look?

“Build a wall”, “We should only ever play ourselves”, “Rugby in Australia is doomed”. Anyone who has been on the old socials since the start of Super Rugby Trans Tasman would be familiar with comments like these and other ludicrous hot takes. Yes, Australian teams have not managed to win a single game yet, and quite possibly won’t win more than one or two of the 25 total games, but should we be hitting the panic button? Let’s take a step or two back and look at it rationally and then let’s talk about whether all is lost.

After two weeks, the headline stats are not great, and anyone who thinks they are should probably be reassessing their options. Zero wins from ten games and the only two that were genuinely close (Chiefs v Force and Brumbies v Crusaders) were probably flattering to the two Australian sides. The Force were facing a Chiefs team with several injury woes off the back of the Aotearoa Grand Final and the Crusaders were still nursing the effect of their title win. Their respective results in the second round merely served to confirm that neither of those sides were properly prepared for Round One of Super Rugby TT. 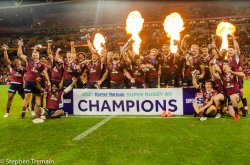 Besides those two games, none of the other games have been genuinely close. The Rebels looked completely outclassed in both games, the Reds have struggled, the Waratahs have confirmed their position as the worst team in the competition, and the Brumbies and Force both went backwards after encouraging first week performances. To a team, the New Zealand sides have looked faster, bigger, stronger, better drilled, more clinical and with better gameplans.

Like many fans I was hopeful that a superb Super Rugby AU comp would have led to a more even battle, even if the Australian sides didn’t win the majority of games. As such there is a good chunk of vocal fans on the interweb who point back to the record prior to the upturning of the world due to COVID and proclaiming that we should cut off the ties to New Zealand and only play each other. But would that solve anything? Would that improve our rugby and increase our chances of winning Bledisloe and World Cups?

The last two weeks have proven this is not the answer. We went just over a year without playing the NZ franchises and are now playing the double price of lack of brutal opposition and a hardened NZ player base. It is not a good mix and it is showing on the scoreboard. There will be those who say that the Australian competition was fantastic (and it generally was) and that it brought eyes to the game (in conjunction with the new media deal it did), but peel back the onion a bit further and was it all it was cracked up to be? In both iterations there were only two sides that were ever going to win it and the rest were just there or thereabouts. It is a simple equation we are looking at here- just because a game is close does not make it a good game. Even the final between the Reds and Brumbies was sloppy by their earlier standards. 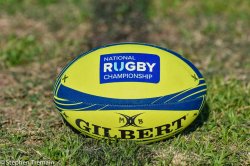 A further factor in this is the narrative pushed by some that Australian Super teams had been flogged by the Kiwis for years and this is merely a continuation of that. This just isn’t the case and even the curtailed first part of the 2020 season showed that things were looking up, after 2019 had also shown an upward curve. The Brumbies had beaten the Chiefs and were it not for awful goalkicking the Reds would have beaten the Crusaders in Christchurch. While things were not entirely peachy they were a lot better than the story of woe being told by some.

The complicating factor is the perceived risk of blowout after blowout turning fans off the game, both in the stadiums and eyes on TV. This is perhaps true and we won’t likely know the results of that until a bit later on. My own suspicion is that there will probably be a dip as the casual fans turn off the TV or don’t buy tickets. I know that RA is not out of the financial woods yet but taking such a myopic view won’t do anything in the short or long term to address the big issue.

So then what should the 2022 onward model look like? Do we isolate ourselves and have a Super Rugby AU comp either before or after a NRC/Club Championship? My view is that long term we absolutely need to keep the Super Rugby AU element in any long term model. It generated a buzz, drew eyes to TV, and (hit and miss) drew crowds to games. I’ve had my say about Club championships before and how terrible an idea it would be  in terms of structure, implementation and costs. I remain a massive fan of the NRC and what it did for those that took it seriously and how if it was given time to take root that it could have become a well followed and important element of the game in this country. Rome wasn’t built in a day and all that.

So let’s keep Super Rugby AU and reinstate the NRC. What then fills the void if you work on the basis that the NRC remains a second tier comp ala the NPC in NZ? Extending Super Rugby AU isn’t really viable with the number of teams there are now, the repetition would tip the “local derby” element too far the wrong way. And besides, if we have learnt anything, it’s that playing ourselves for two season hasn’t helped against other opposition and there’s no reason to believe this would change.

The other proposal being bandied about is the concept of a “Champions Cup” involving Australia, NZ, Pacific Islands, Japan and possibly US based teams.  The argument for this is that we would then play the NZ teams less while having what are perceived as “easier” games against the others. Given the current arrangement only has the Australian sides playing five games against Kiwi opposition I would hardly consider this a massive burden. Depending on the structure of any “Champion’s Cup” you could assume you would have one NZ team in your pool, and therefore play them twice. This means you are only removing three games from the equation- so what?

The other thing that really irks me about this proposal is the implied notion that this competition would be an easier route to take. But would it? The Pacific Island teams would be the ones slated to compete in the NZ competition and likely to be heavily reinforced from the deep pool of players already there. Many of the Japanese club sides would already be in a position to beat Australian provinces, and your only “easy” games might be against MLR teams from the US. So ultimately this is massively disrespectful to those countries, all for the want of not facing NZ sides.

On the plus side some sort of Champions Cup or “PacRim Super Rugby” would almost certainly grow the game and revenues, especially if you took in a US market and they buy in with zeal, but only done as a growth option as opposed to running from our problems.

As a fan and somewhat flawed student of the game I want to see the best teams play. I also want our teams to be up there with the best. As a country shouldn’t we be seeking to emulate and surpass New Zealand as opposed to hiding from them? Certainly there are many reasons why we aren’t there at the moment, (depth, skill, gameplans, drain on players at youth level from other sports, money etc), but is isolating ourselves from the best a pathway to being the best.

Unless you want to cancel the Bledisloe Cup and Rugby Championship, then in my view any proposal to retreat into ourselves is a short-sighted surrender, as opposed to a long-term revival plan.